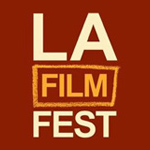 This year, the Los Angeles Film Festival shines the spotlight on the contributions of women to the world of animation. The special panel “Women of Wonder – A Celebration of Women in Animation” on Sunday, June 17 from 2:30-5:00 celebrates the accomplishments in this field, examine the broader challenges for women in the industry and explore the models that better cultivate and draw on the talents of women as film artists, producers executives. Panelists include Kristine Belson (Executive Producer of DreamWorks Animation’s How to Train Your Dragon), Karen Rupert Toliver (Twentieth Century Fox Animation’s VP of Production), Katharine Sarafian (Producer of Pixar’s Brave), Michelle Murdocca (Producer of Sony Pictures Animation’s Hotel Transylvania) and more to be announced. The event is sponsored by the Loyola Marymount University School of Film and Television and includes a luncheon hosted by FOX Audience Strategy.

The opening night film of the festival (June 14) is Woody Allen’s To Rome With Love. Steve Soderbergh’s Magic Mike closes the festival (June 24). Other gala screenings include Benh Zeitlin’s Sundance Festival winner Beasts of the Southern Wild and Lorene Scafaria’s Seeking a Friend for the End of the World. The fest will also premiere Yuen Sang-ho’s The King of Pigs (South Korea).

Returning to downtown Los Angeles and headquartered at L.A. LIVE for a third year, the Festival will run from Thursday, June 14 to Sunday, June 24. Now in its eighteenth year, the Festival is widely recognized as a world-class event, showcasing the best in new American and international cinema, and is produced by Film Independent, the non-profit arts organization that also produces the Spirit Awards.

General admission tickets to individual films go on sale beginning May 29. Contact the Ticket Office for passes, tickets and event information by calling 866.FILM.FEST (866.345.6337) or visit LAFilmFest.com. Animation Magazine is proud to be a sponsor of this great event. 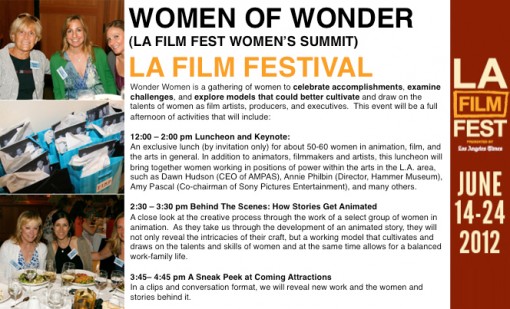