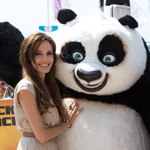 After its big Puss In Boots extravaganza of Tuesday, DreamWorks Animation continued to bask in the limelight at the Cannes Film Festival with a special screening of Kung Fu Panda 2 on Tuesday night and a press conference on Thursday morning (May 12). The film’s director Jennifer Yuh Nelson and voice actors, Dustin Hoffman, Angelina Jolie and Jack Black attended a press confab at the Carlton Hotel Cannes to promote the much-anticipated summer sequel, which opens nationwide on May 27.

According to The Hollywood Reporter, Hoffman who voices the Kung Fu master Shi Fu in the movie joked, “I don’t think inner peace exists at the Cannes Film Festival! I have never had as much inner peace as I have at the moment, being in front of all these cameras and sitting next to Angelina. It doesn’t get anymore inner than that.” Black offered, “My inner peace is in pieces!” 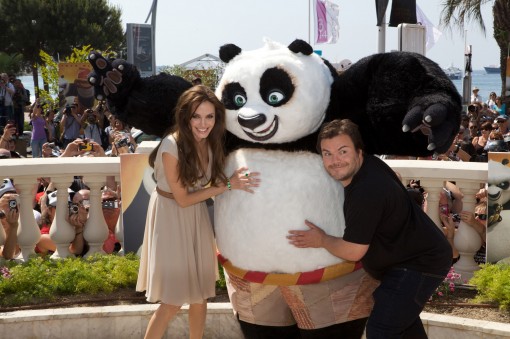 When asked about how her own children, three of whom are adopted like the main character in Kung Fu Panda 2, reacted to the movie, Jolie responded, “I brought my children to see the movie and they absolutely loved the movie and laughed though the whole thing. They just felt that much more proud that they were a little more like Po.” 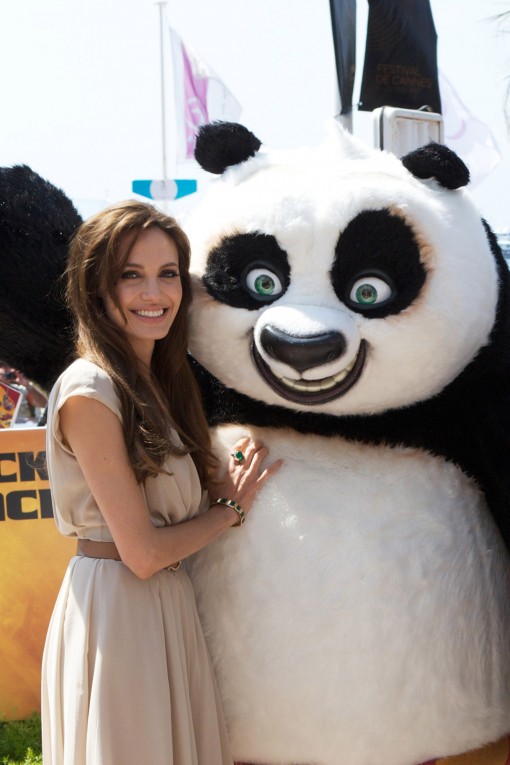 Meanwhile, Nelson talked about the important part creative consultant Guillermo Del Toro played in the project. “It was a very long process, three years, and he came in right in the middle, when things were the messiest and pointed out all the things in the movie that we really should believe in and he helped us come up with some really great ideas,” she pointed out. “Part of what he did was try to make Shen even cooler. He came in and cracked a lot of jokes and really cheered us on. He was just an inspiration to work with.”

Here’s the latest trailer from the movie: