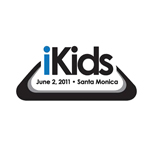 Did you know that by 2015, there will be 15 billion network-connected devices (about two per person) in use around the world? Or that 14 out of the top 25 apps in the U.S. are child-friendly? These handy factoids and much more timely stats  regarding the booming children’s app market were readily dispersed at the Kidscreen’s iKids summit this Thursday (June 2). The one-day event, which was held at Santa Monica’s Loews hotel, feature some of the top industry experts as they shared the latest research about the media habits and interactive content preferences of young users and their parents in a friendly, relaxed mini-summit setting. 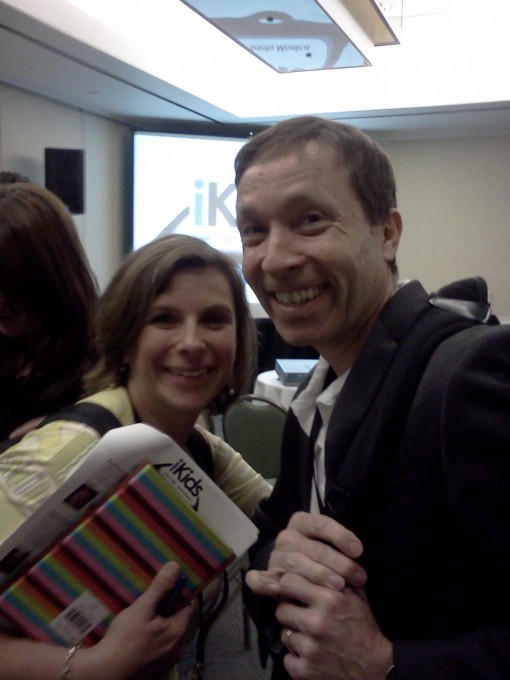 Lemonade Creative Consulting president Donna Friedman Meir and Insight Research Group senior manager Cassandra Rowe kicked off the morning with an insightful presentation about how to create apps that resonate with young users and how to understand the developmental, cultural and social drivers that influence this particular audience.

The breakfast panel was followed by Ashley Hallgreen, digital media manager at Nielsen, who presented some interesting and handy numbers about the app habits of kids and teens, among them: “Regardless of whether kids use tablets, smartphones or ipods, they are most likely to respond to ads and don’t mind seeing ads on their screens,” and “Downloading apps is the third most popular activity on smart screens,” and “30% of all apps downloaded are by children using their parents’ phones.” Not surprisingly, smart phones are the most popular medium for downloading apps. The breakdown, according to Nielsen is as follows: smart phones 38 %, tablets 5%, media Players 13%, e-readers 9%, and notebooks 8%.

Among the other findings: 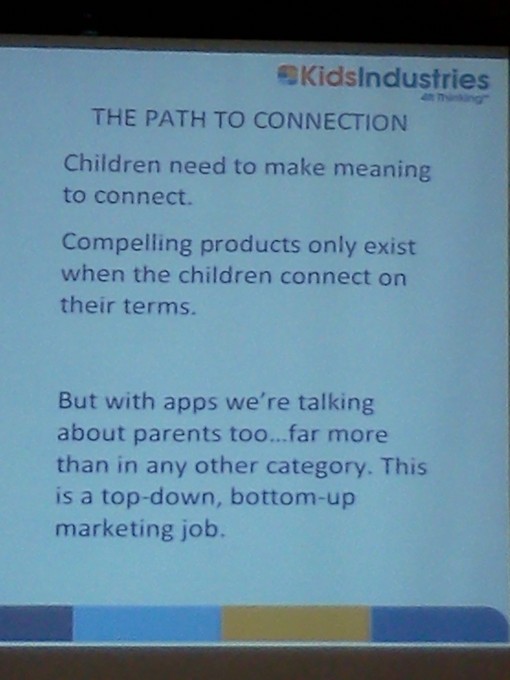 One of the best-attended sessions at the conference was “Understanding the Global App-etite” in which Kids Industries founder Gary Pope shared some of his U.K.-based research firm’s latest findings on the subject. Using a test audience of 1000 parents in the U.S. and 1000 parents in the U.K. who use apps on their tablets, phones. Here are some highlights from Pope’s up-to-the-minute research work: 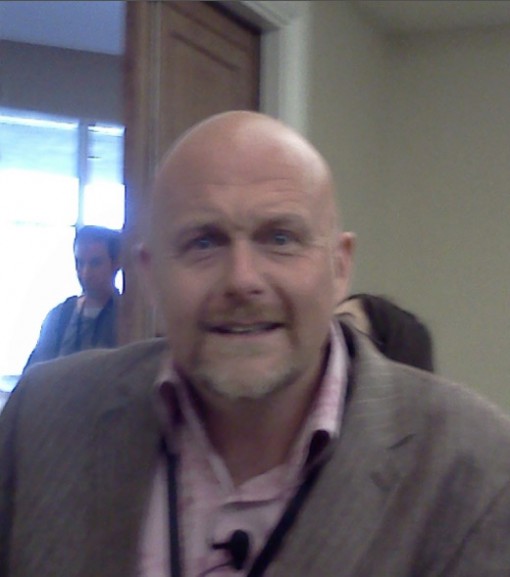 Pope noted that 97% of parents in this survey said there were too many poor apps out there. The top three reasons parents were downloading apps were (1) because of their child’s request (2) because they wanted to enhance child’s development and (3) to have entertainment outside of home. He stressed the value of understanding what boys and girls like at different ages, and noted that parents are willing to pay more for the apps if the app offered solid educational content (65%). Among the reasons why they would buy an app were if it was trusted and reliable, if it was entertaining and fun, if it was appropriate for the age group.

App developers will be happy to know that in this sample group, parents paid for about $100 a year for their children. About 95% of the parents said they rarely look for parent/child participation (that means they prefer casual participation—or simply put, to use the app as a babysitter). He also pointed out that kids really don’t care about the brand or the characters featured in the app. “It’s not about whether it’s Mickey Mouse or not—It’s about whether the app is any good,” Pope concluded. 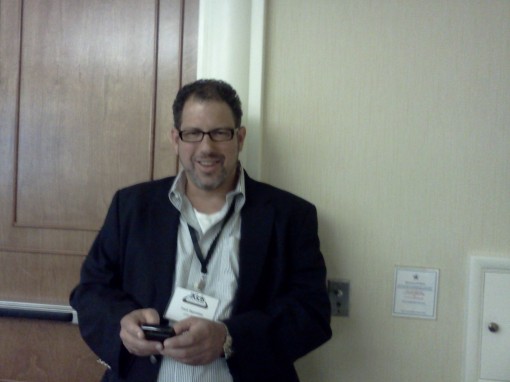 Frank Saperstein, senior VP of Entertainment One, downloads a few new
apps during a coffee break. 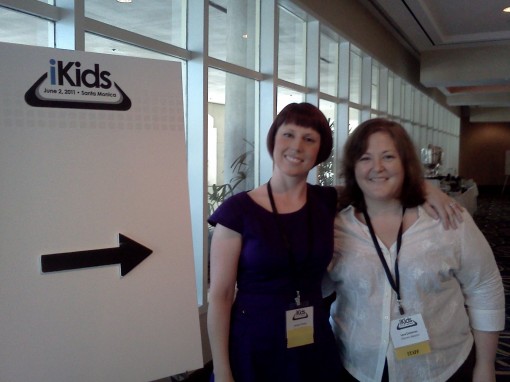 Kidscreen's publisher Joceyln Christie and editor Lana Castleman were on hand
to make sure all the panels ran smoothly.

The event was produced by Kidscreen’s publisher Joceyln Christie and moderated by editor Lana Castleman. To learn more, visit kidscreen.com.