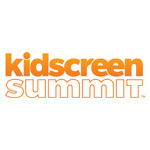 As the Kidscreen Summit in New York wrapped up, the event celebrated its special awards presentation honoring the year’s best work in children’s television. The Daily Show‘s Samantha Bee did hosting duty, bestowing honors determined by two panels of broadcast executive judges in the Programming and Creative Talent categories. Many toon projects were celebrated, including Daniel Tiger’s Neighborhood, The Amazing World of Gumball and Bob’s Burgers, which took home the Best Animated Series titles in the Preschool, Kids and Tweens/Teens categories, respectively.

The Awards also included a Broadcasting category to spotlight the best efforts made by broadcasters to forge stronger connections with kids and family audiences around the world, as determined by an online readership vote which took place in December.

Here is the full rundown of winners:

The Jungle Bunch—Back to the Ice Floe

Up and Away: A Newsround Special

The Sunny Side Up Show Hosting Team