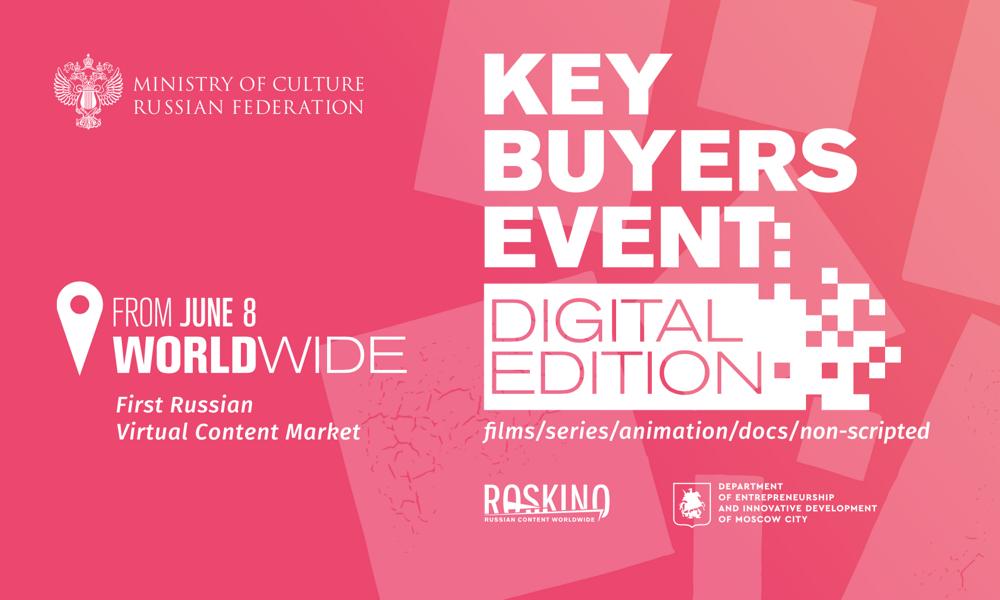 The Key Buyers Event: Digital Edition hosted by Roskino, the Russian film body, has announced its program, presenting over 300 projects — including exclusive world premiere screenings of films, drama series, animation and non-scripted formats from the country’s greatest filmmakers and emerging talent. Rising Russian actress, Anna Chipovskaya (Road to Calvary), has been signed up as an ambassador for the event.

The Russian virtual content market, supported by the Ministry of Culture and Moscow Government will go live on June 8, featuring a wide range of Russian voices from across the country as they contribute to panel discussions, company presentations and screenings, as well as a large co-production section. Buyers and producers from over 40 countries, including RTL, AMC Networks, Mars CGV, Wild Bunch, Beta Film, Koch Media and iQiyi, have registered for the event.

“Such a national virtual market is unprecedented, and it is exciting to be the pioneers,” explained Evgenia Markova, CEO of Roskino. “For eight days, The Key Buyers Event: Digital Edition has been designed to facilitate networking, inspiring discussions and screenings that showcase the diverse landscape of Russian content inclusive of films, series, animations and documentaries, and to promote Russian talent around the world. During these challenging times, we are adapting to champion our filmmakers to give them every opportunity to engage in global exchange through the virtual market, which is possible with the support of the Ministry of Culture and Moscow Government.”

Key Buyers Event will host a diverse industry program of panel discussions with Russian and international media and industry professionals on co-production, animation, the TV and film landscape both in Russia and beyond and new international opportunities in a post-pandemic world.

The program will include Screenlife Fest, hosted by Bekmambetov, a pioneer in Russian filmmaking. Bekmambetov’s film company Bazelevs has recently launched Quarantine Stories, a competition for Screenlife projects, and will announce the finalists at the Key Buyers Event, as well as show the best Screenlife series from notable national directors.

Since the majority of international participants will attend from home, Roskino and its partners will provide cultural activities to keep children entertained while their parents are attending the Key Buyers Event. As part of the children’s program, Russian actors will recite fairy tales of different cultures in English. There will also be online excursions, games, cartoons and educational videos for children of all ages in English and other languages.

In collaboration with the Moscow Government and the Moscow Tourism Committee, forum participants will have access to online tours around the most famous museums of the Russian capital including the Pushkin State Museum of Fine Arts, the Tretyakov Gallery and the Moscow Museum.

Animation, one of the most promising and fastest-growing sectors within the Russian creative industry, is well represented at Key Buyers Event with a slate of world-class feature animated films and series. Participants include:

CTB Film Company presents a high-scale sci-fi movie Cosmoball, fantasy feature Upon the Magic Roads and a slate of brand-new animated movies The Nutcracker and The Magic Flute, My Sweet Monster and The Barkers: Mind the Cats!, based on the popular TV show. The company also brings new episodes of the Moonzy animation series which has already gained popularity across the globe.

Soyuzmultfilm will showcase its new animation series Squared Zebra, as well as The Adventures of Peter and Wolf, Pirate School, Claymotions and Mr. Theo, Cat & Dog.