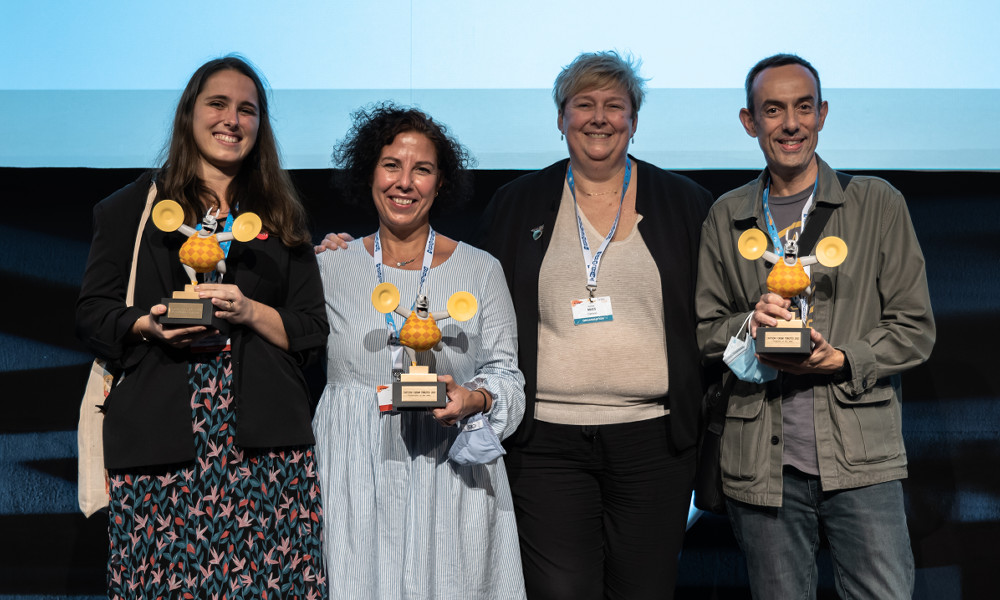 Belgium’s Ketnet-VRT, France’s MIAM! Animation and TAT productions were awarded the 2021 Cartoon Tributes, the prize created in 2006 to recognize the outstanding contribution made by broadcasters, distributors/investors and producers to the promotion of European animation over the last year. The winners were voted on online in three categories by the nearly 900 professionals registered at Cartoon Forum. The award ceremony took place in Toulouse, France on Thursday, September 23.

Both a production and distribution company and a studio, MIAM! Animation was awarded as Distributor/Investor of the Year. Their slate includes many series that have been recently presented at Cartoon Forum, such as The MiniWhats, PriZooner, Brazen and Selfish.

One of the main studios in Toulouse and the Occitanie Region, TAT Productions was recognized as Producer of the Year. Founded in 2000 by David Alaux, Eric and Jean-François Tosti, this studio won an International Emmy Award for the TV series The Jungle Bunch. The company is also responsible for the films Terra Willy and Pil, which was released last August in France. TAT currently has three new feature films in development: Argonuts, The Jungle Bunch 2 and Pets on a Train.

Nine other companies from France, Ireland, Italy, Portugal, Spain and the U.K. were nominated for the 2021 Cartoon Tributes. Read all about the shortlisted contenders here.