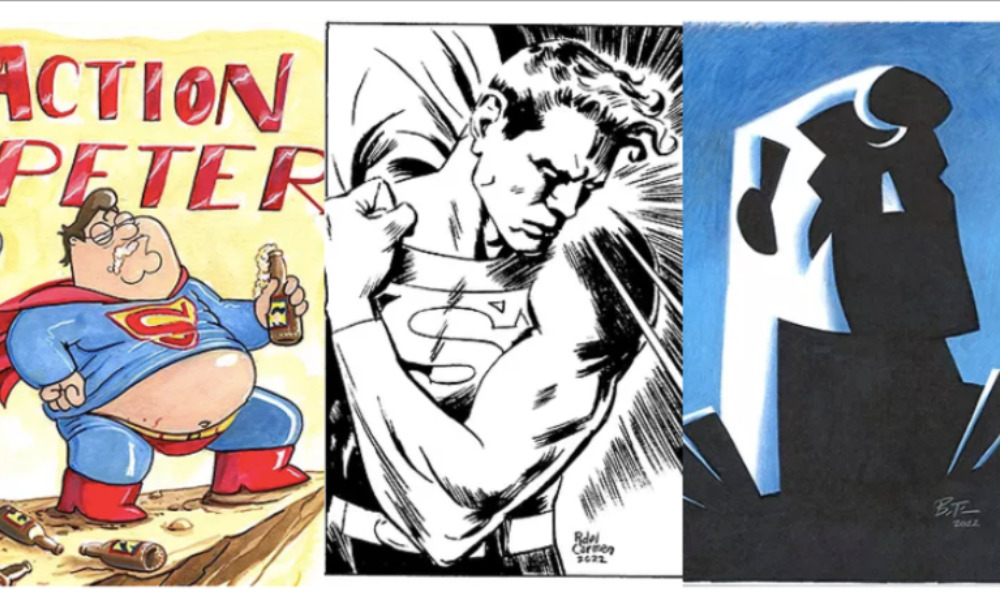 From left, art by Joe Vaux, Ronnie del Carmen and Bruce Timm are part of the new Kephyr auction in June.

Kindred Spirits is KEPYR’s annual spring fundraising event for UNICEF’s refugee relief efforts. This year all proceeds from the event will benefit UNICEF’s Emergency Ukraine Relief Campaign. According to UNHCR, as of May 6th 7.7 million Ukrainians are displaced inside their country while more than 5.7 million have fled to neighboring countries.

“The overwhelming majority of the latter group are children and women,” says KEPYR founder and President Grant Moran. “UNICEF frontline workers in the region are working under unimaginable conditions, often traveling in armored convoys to provide safety, shelter, basic supplies, and psychosocial support to these threatened and traumatized children and their families.”

The auction is the brainchild of screenwriter and long-time KEPYR supporter Henry Gilroy (Star Wars: The Clone Wars, Batman: The Animated Series, Ultimate Spider-Man). Gilroy notes, “In addition to being the world’s most famous refugee character, Superman has always been a symbol of hope, an inspiration for what humanity can be at its best. So, who better to bring us all together to raise awareness and bring aid to the most vulnerable children in the world?”

Information about the artists, their work, and how to participate in the auction is available at www.kepyr.org

To learn more about UNICEF’s efforts for the children and families of Ukraine, please visit: www.unicefusa.org/HelpUkraine.