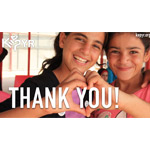 KEPYR — “Kids Entertainment Professionals for Young Refugees” — has successfully raised over $25,000 for UNICEF thanks to its community members around the world with its “Kindred Spirits” campaign. The money will go towards emergency relief for refugee children, including health care, immunizations, clean water, sanitation, nutrition and education.

As the statement issued by KEPYR on the campaign milestone states:

“…Not only have we made a tangible difference in the lives of some of the world’s most vulnerable children but, as we were reminded by an aid worker who wrote to us from a refugee camp in Bangladesh, we’ve also sent a powerful message to those children that they and their families are not forgotten. We’ve contributed hope where it is in desperately short supply.”

The Crowdrise campaign will remain open for donations through December 31, 2018. One hundred percent of the funds raised will be donated to UNICEF USA.

Launched last year, KEPYR calls on children’s entertainment professionals to extend their commitment to kids to the world’s most vulnerable children. The grassroots effort is an all-volunteer organization comprised of individuals across five continents who work in kids’ and family content — including major animation studios, broadcasters, game developers, comics publishers and more.

According to UNICEF’s data on child migration and displacement from 2015, there were more than 21 million people forcibly displaced from their birth countries, about 10 million of them were children. The same year, an additional 41 million people were displaced within their country due to violence, of which an estimated 17 million were children.

Outside the annual campaign push timed to World Refugee Day (June 20), KEPYR accepts donations for UNICEF all year round. Learn more at www.kepyr.org or follow the group’s efforts at facebook.com/kepyr and on Twitter @team_kepyr. 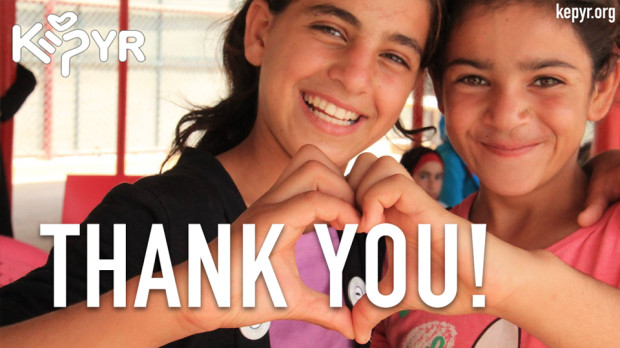