Dublin-based Kavaleer Animations recently announced that it will create 30 new animation jobs in 2012 to keep up with its international projects. The shop, which celebrates its 10th anniversary last week, is working on a 50 x 11 minute pre-school series, said it will also extend its interactive games and e-learning production to €1 million turnover by April 2012. (Recent app clients include Playfirst’s Diner Dash.)

“It’s amazing to think that what started out in 1998 as a hobby has developed into something this big over the past decade,” says CEO and founder Andrew Kavangh. “Ten years ago, we got our first commission and took a risk by starting a business in the midst of a recession. I’m so glad we did because now this gets to be my day job. We’re delighted to announce that we will be taking on additional staff in 2012 as we take on exciting international projects.” 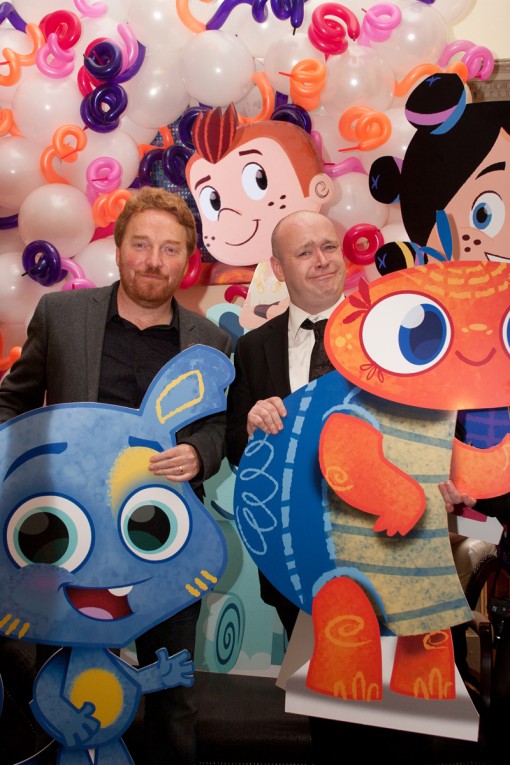 Gary Timpson (Managing Director and Producer, Kavaleer) and Andrew Kavanagh (CEO and Founder, Kavaleer) pictured with their Bedhead characters Quilty and Scrunch and Garth and Bev at Kavaleer’s 10th Birthday Celebrations this week.

Kavaleer is one of Ireland’s leading animation producers, twice nominated for an Irish Film and Television Award, a British Animation Award and winning four Digital Media Awards. Their film work has been selected by over 100 international festivals over the past ten years. Lifeboat Luke and Garth and Bev are among the studio’s various productions. Kavaleer’s most recent collaboration was with Dinamo Productions on the new pre-school series Abadas (52 x 11 minute) a multi-layered interactive word and sound association series that has appeal to a broad range of pre-school viewers.