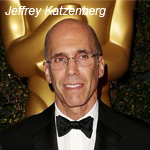 DreamWorks chief Jeffrey Katzenberg was honored by the Academy of Motion Pictures Arts & Sciences for his humanitarian efforts on Saturday (Dec. 1). The much-admired studio head received an Academy salute, along with Hal Needham, George Stevens Jr. and D.A. Pennebaker at a star-studded event. Actors Tom Hanks and Will Smith were on hand to praise his philanthropic efforts, especially for this two decades of work as the head of The Motion Picture and Television Fund.

As deadline.com reported, Hanks introduced Katzenberg and praised his methods.

“It’s a truly great honor,” said Katzenberg. “My story is of mentors … people who give of their time and talents, of their words and wisdom. People who encourage all of us to reach for more and in doing so inspire us to strive for excellence not only in ourselves but in each other.” Katzenberg also recalled advice given to him by Kirk Douglas who said: ‘You haven’t learned to live until you’ve learned to give.’” 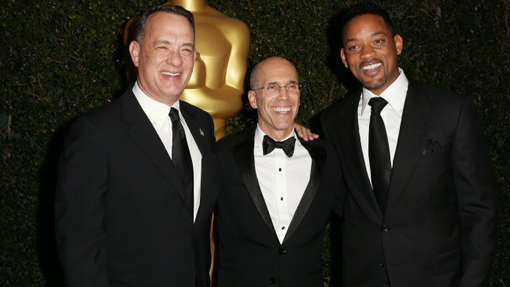 (from left) Tom Hanks, Jeffrey Katzenberg and Will Smith