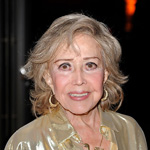 Animation legend June Foray will receive the prestigious Governors Award at the upcoming Creative Arts Emmy Awards ceremony on September 15. The beloved voice actress, who is 95, and is best known for her roles as Rocky and Natasha (The Rocky and Bullwinkle Show), Granny (The Bugs Bunny Show) and the voice of the scary Talky Tina doll in the famous 1963 episode of The Twilight Zone, will receive an honorary Emmy for six decades of bringing characters to life. Other noted roles include Cindy Lou (How the Grinch Stole Christmas), Witch Hazel (Looney Tunes) and Jokey Smurf (The Smurfs) and Lucifer the Cat (Cinderella).

“Each year the Board of Governors recognizes a person or organization whose contributions to our industry will forever live on,” said Television Academy chairman and CEO Bruce Rosenblum in a statement. “June Foray absolutely embodies everything that this honor represents. A legend and a pioneer, June is not only in a class of her own, but she literally created that class. There is simply no one more deserving of this honor.”

The First Lady of Cartoon Voices received her first Emmy in 2012 for her work as Mrs. Cauldron on The Garfield Show. Foray was also the guiding force behind ASIFA-Hollywood’s influential Annie Awards, the first award created to honor excellence in the world of animation, in 1972.

But wait—there’s more June Forway news today: on Saturday, September 21, fans can help celebrate this amazing lady’s birthday (her actual birthday is the 17th—but this is a weekend show!) at a special screening of The Phantom Tollbooth at the Egyptian Theater in Hollywood. Foray voiced several of the animated characters in this Chuck Jones musical, alongside Mel Blanc. She is expected to attend this one-of-a-kind event, participate in a Q&A, and share her special day with all her fans.

Then, you can stick around for a tribute to the life and work of Chuck Jones during a special 101th birthday celebration to the animation legend. Jones’ family and friends will be appearing at his wonderful fete, which kicks off at 8 p.m. at the Egyptian Theater in Hollywood. This fundraiser for the Chuck Jones Center for Creativity, showcases some of his most memorable Merrie Melodies and Looney Tunes cartoons, and discussions with his family members, creator/conductor of “Bugs Bunny at the Symphony” George Daugherty, and Leonard Maltin.

To buy tickets or get more info, visit www.americancinemathequecalendar.com. 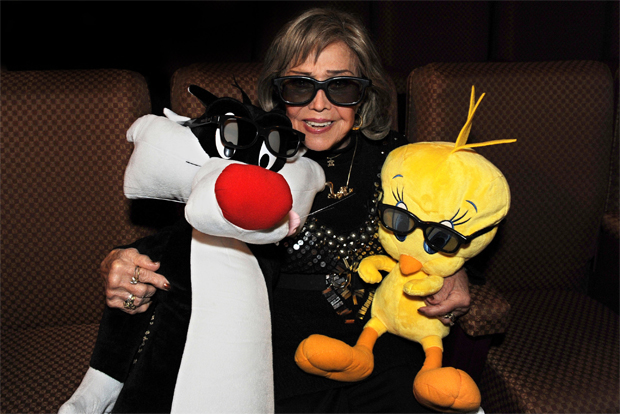