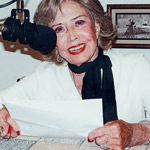 Nearly a year after her death at age 99, Heritage Auctions will celebrate “The First Lady of Animation” with The June Foray Collection, offered June 16-17 in the Animation Art Auction. The private collection of memorabilia from Foray’s 50-plus-year career as an iconic voice actress and tireless advocate for the art of animation includes vintage artwork, drawings, cels, posters, award and photos.

Foray began performing at age 12 in 1929 and retired at age 97 in 2014. In this time, she brought to life some of the most beloved cartoon characters of TV and film — including Rocky the Flying Squirrel and Natasha Fatale in The Rocky and Bullwinkle Show. Behind the scenes, the petite actress was a powerful force pushing for the recognition of animation as an industry and art form. Foray sat on the Academy’s Governors’ board, and lobbied for 20 years for the establishing of the Oscar for Best Animated Feature. A founding member of ASIFA-Hollywood, she also created the Annie Awards and later contributed to the organization’s Animation Archive project.

Among the treasures included in the 1,100-lot June Foray Collection are a rare hand-painted cel of Rocky the Flying Squirrel and Natasha from the premiere year of Rocky and Bullwinkle, 1959; a Chuck Jones original titled “June Foray Lunch” — the two were lifelong friends — and a close-up production cel of the Grinch from How the Grinch Stole Christmas (1966), for which she voiced sweet little Cindy Lou Who.

Other special keepsakes include:

·         Scene Cel featuring Rocky, Bullwinkle, Boris, and Natasha, signed and personalized by Jay Ward. It is accompanied by a photo of Foray, Bill Scott (voice of Bullwinkle) and Ward, which appeared in her book Did You Grow Up with Me Too?

·         Rare, hand-painted Production Cel Setup – “Rabbit out of a Hat” gag, made famous in the original series and revived in 1985 for a Hershey’s Kisses commercial in which Foray once again voiced Rocky. An 8” x 10” photo of Foray and Scott accompanies the cel from the commercial.

·         Rare Presentation Cel from The Simpsons episode “Some Enchanted Evening.” The episode was originally to be the very first episode of The Simpsons but the animation was so inconsistent that 75 percent ended on the cutting room floor. The cel was given to Foray (who provided the voice of the receptionist of the Rubber Baby Buggy Bumper Babysitting Service) to commemorate that she was “technically” the very first guest voice to appear on the program.

Also on offer are several awards of Foray’s awards: Her 1997 Annie Award, her Star on Hollywood Walk of Fame Award and her 1982 Winsor McCay Award, one of the highest honors given to an individual in the animation industry.

The Animation Art Auction will also include a selection of artwork from Jay Ward studios aside from Foray’s collection, featuring Rocky and Bullwinkle, Dudley Do Right, Peabody and Sherman, George of the Jungle, Cap’n Crunch, and characters from the Fractured Fairytales shorts. The sale also includes nearly 100 rare cels, drawings, storyboards and production cel setups from Walt Disney’s Pinocchio (1940). 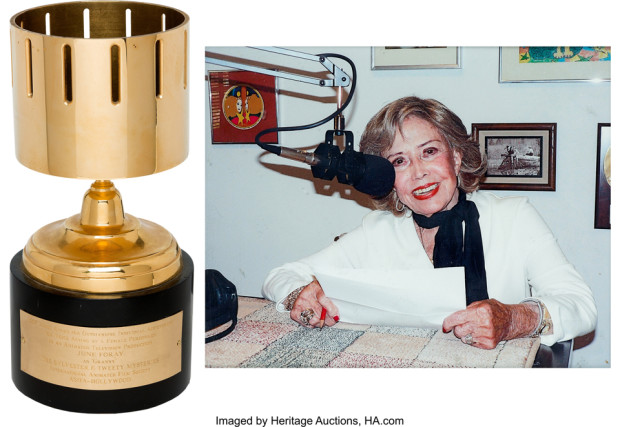 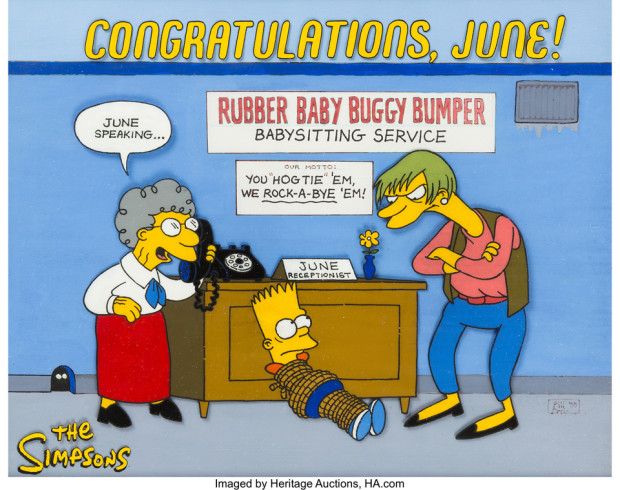 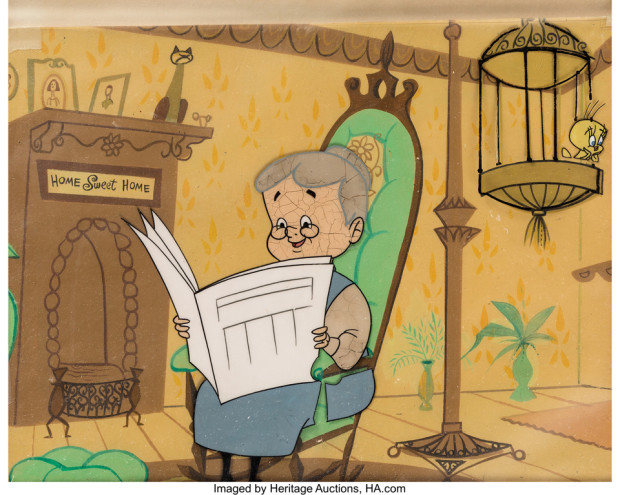 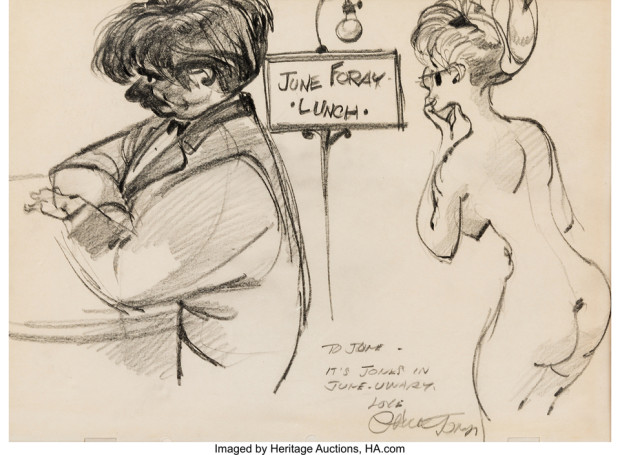 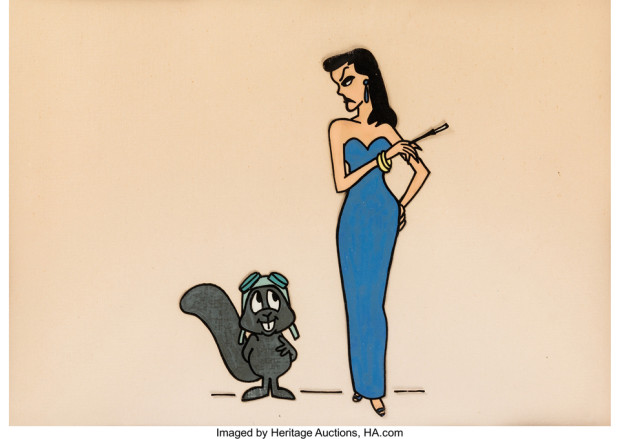