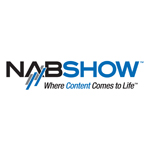 Jon Landau, the Oscar-winning producer of blockbuster epics such as Avatar and Titanic, will deliver the keynote to this year’s NAB Technology Summit On Cinema on Sunday, April 7 in Las Vegas. The Summit is co-produced by the Society of Motion Picture and Television Engineers, the worldwide leader in motion-imaging standards and education.

Kevin Gage, NAB chief technology officer and head of NAB Labs said, “Jon Landau constantly works to improve the filmmaking process, even after having achieved enormous success. Attendees at NAB Show’s Technology Summit on Cinema will benefit from his knowledge of how cutting-edge technologies enhance the art of storytelling.”

NAB Show and SMPTE’s Technology Summit on Cinema brings together the world’s leading motion-imaging researchers, scientists, practitioners, manufacturers, filmmakers, movie theater operators and other experts focused on advancing the state of the art in cinema. The two-day summit will address critical topics such as the latest on higher-frame-rate cinema, perceptual requirements for higher quality image and sound, new technologies for exhibition and advantages and pitfalls of 3D film conversion.

This year’s NAB (National Assoc. of Broadcasters) Show will be held April 6-11 in Las Vegas. More than 90,000 attendees from 151 countries and 1,600+ exhibitors are expected to show up at this year’s confab which is billed as the ultimate marketplace for digital media and entertainment.

The event will also include a special focus titled The Creative Master Series (Monday, April 8 – Wednesday, April 10). The series brings together key players in the motion picture, TV, advertising and online communities to shine a light on the craftsmanship of content. Various panels will spotlight award-winning directors, producers and showrunners; key creative crew and artists; and studio and network production and post-production executives for a deep dive into the content creation process. Topics will include creating original web content, advancing the story through sound, on-set pre-viz and the role of cinematography in post-production.

More details are available at www.nabshow.com.