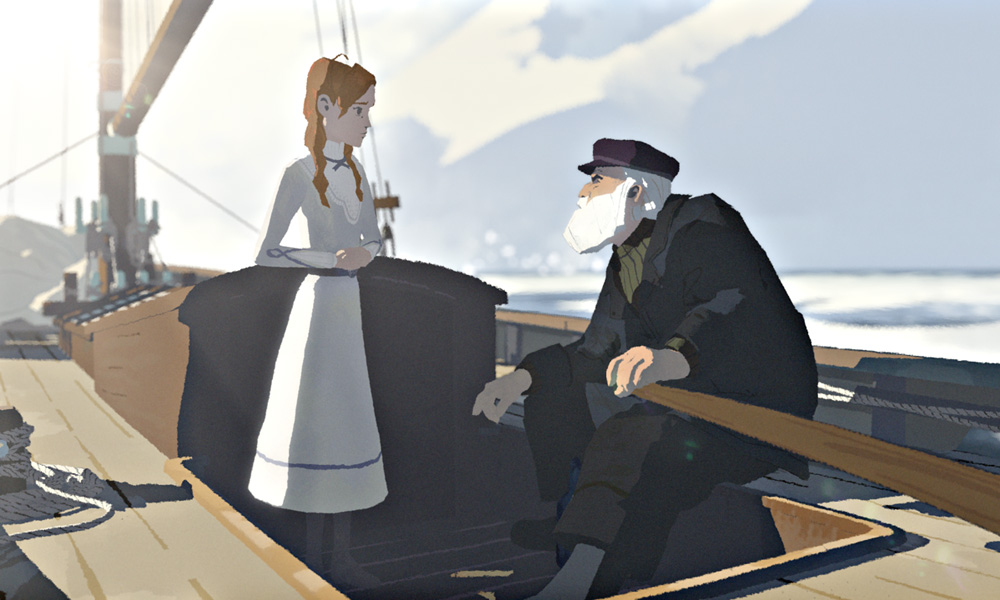 Google Spotlight Stories will be debuting the highly anticipated, ambitious new short film project Age of Sail, from Oscar-winning director John Kahrs (Paperman), will have its World Premiere in the VR section at the prestigious Venice Film Festival this fall (Aug. 29 – Sept. 8). Details of the project were revealed with a sneak peek at the Annecy animation fest earlier this summer.

Age of Sail is being produced with Chromosphere and by Gennie Rim (Duet, June, Dear Basketball) and David Eisenmann (Pearl, Son of Jaguar) and executive produced by Karen Dufilho and Jan Pinkava. It is Google Spotlight Stories’ longest, most visually complex experience to date, with production design by Celine Desrumaux and technical supervision by Cassidy Curtis. Set on the open ocean in 1900, Age of Sail is the story of William Avery (voiced by Ian McShane), an old sailor adrift and alone in the North Atlantic. When Avery reluctantly rescues a teenage girl (Cathy Ang) who has mysteriously fallen overboard, Avery finds redemption and hope in his darkest hours.

Google Spotlight Stories is also celebrating its recent Emmy nomination for Original Interactive Programming for Back to the Moon, by Hélène Leroux and FX Goby. This project is one of this year’s selections for the VR Theater’s Immersive Pavilion at SIGGRAPH (Vancouver, Aug. 12-16).