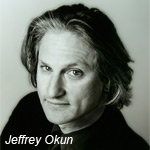 The Visual Effects Society (VES) has announced the 2012 Board of Director officers who were elected at the January 18, 2012 board meeting. The list of officials includes Jeffrey A. Okun, head of visual effects for Prana Studios, who was re-elected for a fourth one-year term as Board Chair.

“I could not be more excited to serve again,” states Okun. “I am thrilled to be allowed to focus on our core mission: creating community, promoting visual effects and the artists who create them. And I am equally thrilled to continue to push the VES 2.0 initiative forward—the initiative to reach out and bring all parties to the table to secure rights and benefits for our industry—across the board, in film, broadcast, special venue, commercials, games and animation!”

“I look forward to continuing the incredible working relationship Jeff and I have,” states Eric Roth, VES executive director. “He is an extraordinarily talented gentleman with a bottomless passion for visual effects and the VES while being uniquely suited to be the voice of the entertainment industry’s defining resource for our craft.”

The 2011 Officers of the VES Board of Directors are:

Jeffrey A. Okun has contributed visual effects design and execution to a wide-range of films including the award winning sci-fi hit Stargate (1994), Deep Blue Sea (1999), The Last Starfighter (1984), Sphere (1998), The Last Samurai (2003), Blood Diamond (2006) and The Day the Earth Stood Still (2008). Okun is known for creating ‘organic’ and invisible effects, as well as spectacular effects which seamlessly expand both the look and scope of a film, but also enhances the storytelling aspect of the movie. Additionally, Jeff is the creator of the revolutionary visual effects techniques dubbed the “PeriWinkle Effect” & the “Pencil Effect”, which have been used in many projects to help achieve more a sense of the fantastic, wonder and more accurate budgets. Okun is the author of breakdown, budgeting and tracking software currently being used by professionals throughout the industry.

Michael has earned degrees from California State University Northridge, San Francisco Art Institute, and California Institute of the Arts, in an attempt to disguise a checkered past.

Michael began working in film on China Syndrome in 1977. He “cut his eye teeth” on films such as Star Trek: The Motion Picture and Bladerunner, and became a Visual Effects Supervisor on War Games (BAFTA Nomination), in 1982. He has since worked on over 50 films, including Buckaroo Banzai, Batman Returns (BAFTA and Academy Nominations), Braveheart, Mars Attacks!, X-Men, X-Men 2, Constantine, The Golden Compass (BAFTA Award, Academy Award), Tropic Thunder, Avatar, Tron: Legacy, Sucker Punch, and Tree of Life. Michael is a founding member of the Visual Effects Society. He is on the Advisory Board of SpaceCam Systems, Inc., and is a Visiting Professor at the School of Cinematic Arts at the University of Southern California, while continuing his visual effects career.

Pam Hogarth has spent over 26 years in the world of visual effects, 20 of which doing marketing and education. Before joining LOOK she spent 12 years helping to build Gnomon School of Visual Effects into the premiere educational institution for careers in high-end cg. While doing that, she found time and energy to devote to the Visual Effects Society, serving multiple terms on the Board of Directors, including four years as Executive Secretary, is currently Chair of the Benefits Committee and has been one of the abiding Chairs of the Education Committee.

Bob Coleman founded Digital Artists Agency in Los Angeles to represent an international and award-winning portfolio of artists for work in feature, commercial and related fields. He leverages his experience in top-level management positions at respected industry companies, with his high regard for artists, to further the development of the visual effects craft.

Kim has experience from both the Production & Post Production sides of film making and visual effects producing for a total of over two decades, having worked for Universal Studios on film production then shifting to visual effects in 1994.

Since then, she has been instrumental in building out specialized visual effects boutique studios, working on films such as Frida, Minority Report, Cats and Dogs, Charlie’s Angels, Crouching Tiger, Hidden Dragon, Terminator 3, Last Samurai, etc.

Aligning herself with the global marketplace, she worked at Weta Digital in various producing roles on King Kong, XMen 3, Bridge to Terabithia, 30 Days of Night, Enchanted and The Water Horse, etc. Currently, Kim is continuing to bridge the gap between New Zealand and the US film and post production markets.