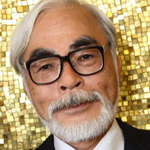 Hayao Miyazaki fans, take note: Two of the anime master’s short films that have never been screened outside of Japan will get a special showing March 26 at Carnegie Hall in New York City as part of the JapanNYC festival.

The short films are House Hunting and Mon Mon the Water Spider. Both films were made in 2006 and have to date not been shown outside of Japan.

House Hunting and Mon Mon the Water Spider are two of eight short animated films created specifically for the Ghibli Museum in Mitaka, Japan, by Studio Ghibli, the animation studio that Miyazaki co-founded in 1985. These short films may only be seen at the Ghibli Museum, which was founded in 2001 to celebrate, preserve, and introduce people of all ages to the techniques and culture of traditional hand-drawn animation. In cooperation with Carnegie Hall, the Ghibli Museum has made a one-time-only exception to its screening policy for the JapanNYC festival. 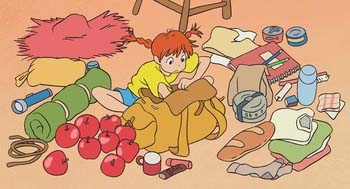 Fuki packs what she needs into a big rucksack and sets out on a journey to look for a new house. She leaves the city and heads off into the mountains. Along the way, she encounters some of Japan’s many guardian spirits and leaves them each a token offering. And then she finds a place that’s just right. Or is it? In this short film all of the sound effects are voiced by two actors. Sometimes the Japanese onomatopoeic sounds—sounds that are meant to imitate the things that make them—appear as Japanese letters on the screen. But whether you understand Japanese or not, the sounds in the film speak for themselves. 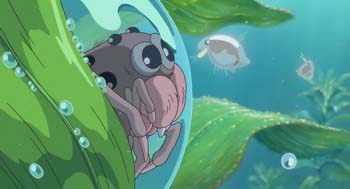 Water spiders are unique creatures that live in ponds and streams in northern Japan. In this film, Mon Mon, a water spider, travels back and forth to the surface of the water gathering bubbles of air, and drags them back down below where he uses them as both air supply and nest, all the while keeping a sharp lookout for predators. One day, Mon Mon spies a damsel water strider gliding freely and effortlessly across the water’s surface and cannot take his eyes off of her. He thinks of her after she has glided away out of sight and almost forgets to be cautious and wary. Could this graceful, free-moving beauty ever come to love a homely, ungainly water spider chained to his nest of bubbles? When he sees her in danger and rises to the rescue, he gets a chance to see her world as she does.