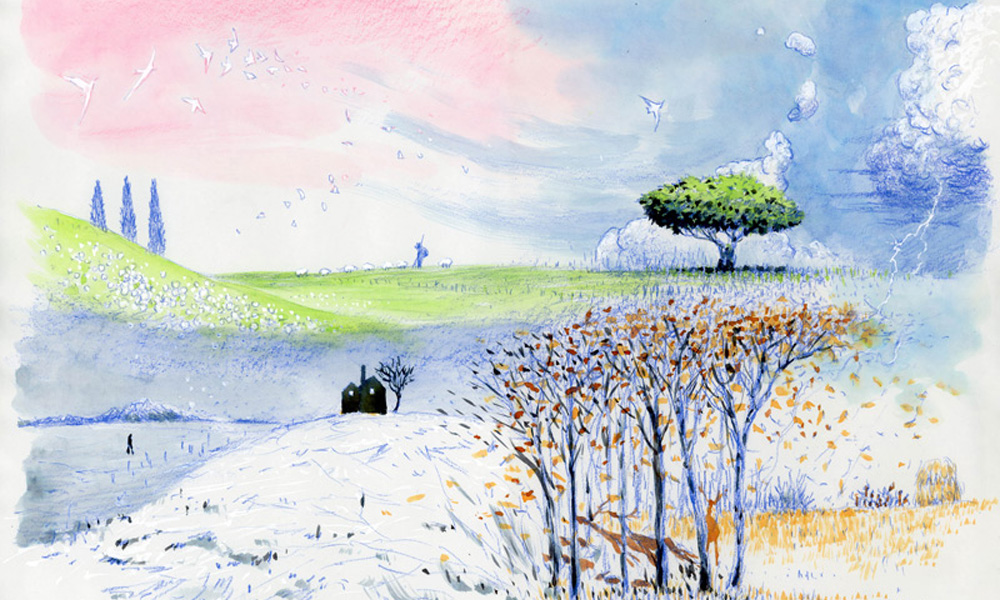 JAPAN HOUSE Los Angeles and the Tokyo University of the Arts (Tokyo Geidai) have teamed up to present a special program, “Visual Euphony: Animation & Music,” with two performances scheduled for January 13 and 15. The program brings together emerging talent in the music and animation fields from Japan and the U.S., in a team-up between Tokyo Geidai, University of Southern California and California Institute of the Arts.

Students and faculty of the music departments of Tokyo Geidai and USC will orchestrate a visual euphony during the “Vivaldi’s ‘The Four Seasons’ Live Animation Concert” at The Aratani Theatre on January 13. This North American premiere of a multimedia collaboration between the two prestigious music programs will feature Yamaha and Tokyo Geidai’s AI-based technology that listens to music and continually synchronizes animation, as films by renowned independent animators (including Anna Budanova of Russia, Priit & Olga Pärn of Estonia, Atsushi Wada of Japan and Theodore Ushev of Bulgaria) accompany each live seasonal musical performance.

Talents from CalArts will join Tokyo Geidai and USC for “An Evening of Animation: Student Works from Japan and the U.S.” on January 15 at the JAPAN HOUSE Salon space. The evening opens with the screening of next-generation animated creations and ends with a live animation concert of “Autumn” from Vivaldi’s Four Seasons performed by students and faculty from Tokyo Geidai

For details and to register for the events (space is limited), visit the JAPAN HOUSE Events page.