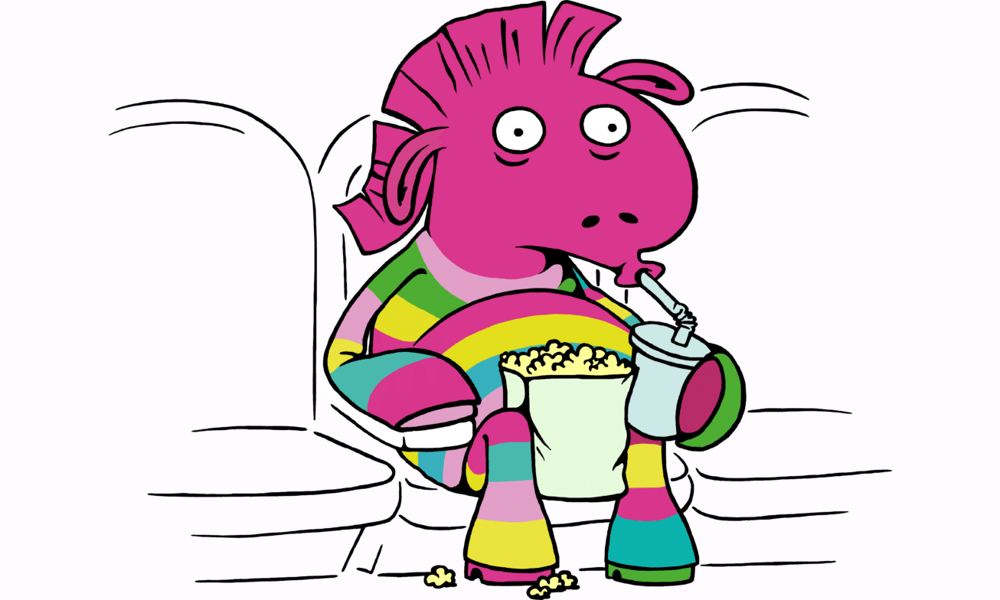 The 27th Stuttgart International Festival of Animated Film (ITFS) returns to the German creative hub from May 5 to 10. With the motto “Creating*Diversity,” the Festival focuses on diversity itself and asks: How do animation, games and digital media represent and generate diversity? An extensive program of films, presentations, exhibitions and concerts await audiences and industry representatives from all over the world gathering in the heart of Stuttgart.

At ITFS 2020, diversity is reflected in the different intercultural and international programs, in the competition entries from more than 90 countries, and in the Festival’s guests and visitors. Not limiting the definition of the term “diversity” to ender, it also encompasses ethnic, religious, cultural, political and economic diversity. The works presented at ITFS demonstrate how animation, games and digital media not only represent, but also produce and stimulate diversity.

From the beginning of film history, female artists such as Lotte Reiniger have provided important stimuli for animation. However, female directors, producers and animation filmmakers are still underrepresented in field animation and games. Based on the “Women in Animation” program curated by Jayne Pilling at ITFS 1996, the upcoming Festival presents new and historic positions of female animation filmmaking. “Wonder Women” shows innovative animation art by women and, for the first time, explicitly presents computer games that have been realised by women to a significant extent.

Monique Renault gives an In Persona presentation: Born in France, she is a pioneer of the European animation industry and has been addressing issues of eroticism and gender roles from early on, and contributed to giving a wider audience access to the possibilities and seriousness of animated film. Another successful filmmaker has her say in the In Persona section: Regina Pessoa, whose animated short Tragic Story with Happy Ending is among the most awarded Portuguese films.

GameZone, which allows visitors to experience how games and animation are connected, will present the diversity of the works of female game designers from the beginnings of game culture to today in a curated exhibition (curators: Stephan Schwingeler, Judith Ackermann), including the work of American Lynn Hershman Leeson, a pioneer of interactive art.

Germany enjoys a close friendship with its French neighbors; this is also true for the animation scene. And what would be better suited for an ITFS country focus and to this year’s motto than France, with the French expressions “diversité“ and “différence” making up the DNA of the idea of Europe? Diversity is a guarantor and basic condition of democracy, while (free) art is a substantial expression of diversity in practice.

In the Master Class held by Benjamin Renner, visitors are given exclusive insight into the work of this Oscar-nominated cartoonist, animator and filmmaker. Among his awards is the César, the major national film prize in France. The award-winning animated feature J’ai perdu mon corps / I Lost My Body by Jérémy Clapin was nominated for an Oscar this year. ITFS and FMX – Conference on Animation, Effects, Games and Immersive Media present the film as a joint ITFMX Screening.

GameZone as the digital playground of ITFS is dedicated to various formats – from indie games to VR installations to game jams – and takes place at Kunstgebäude Stuttgart this year. More than 50 games and VR installations presented on 2,000 square metres promise fun and games for visitors. The motto “Creating*Diversity” is a recurrent theme throughout the GameZone’s program, too: A panel talk is planned to present the games-industry initiative “Hier spielt Vielfalt” which is committed to greater diversity in economic structures as well the non-stereotypical portrayal of all people in games.

On Thursday, May 7, GameZone dedicates itself to education. For the first time, ITFS cooperates with didacta – Die Bildungsmesse. Discussions held at ITFS explore which roles animation and computer games can play in the presentation and communication of content in an educational as well as extracurricular context. The Edutain Me 6.0 panel discussion deals with the implementation of digital media in teaching structures, with the keynote held by representatives of Brooklyn game studio Tinybop, which primarily develops interactive educational games with elaborate graphic design.

The screenings of short and long films are always the core of ITFS. The International Competition presents some of the world’s best animated short films, and prize money amounting to a total of €90,000 is awarded in the various competition sections.

Award-winning filmmakers introduce themselves and their work to audiences in the In Persona series, which this year includes French director and animator Jean-Charles Mbotti Malolo whose recent film Make It Soul was nominated for a César in the short film category. He was the winner of the ITFS Grand Prix for his short film Le sense du toucher / Sense of Touch in 2015. Chinese filmmaker Liu Jian is another esteemed guest: His film Have a Nice Day was a contender for the Golden Bear at Berlinale 2017; his film debut Piercing I, which competed at ITFS 2011, will screen again at ITFS 2020.

Two further animated film programs in cooperation with DEFA Foundation present films by Marion Rasche, one of the most important representatives of animated film in the GDR: a critical thinker and former head dramaturge of the DEFA studio for animated films.

The cooperation between ITFS and Popbüro Region Stuttgart in the Music & Animation section established in 2019 continues in 2020: On Saturday, May 9 at the Pop XR event, several speakers discuss the use of digital techniques and media art in live music performances. The multimedia Pop XR Party at Club White Noise concludes the day: Media artist Portrait XO from Berlin meets DJ Difracto from Strasbourg.

With a series of Tributes, ITFS pays homage to the works of deceased filmmakers such as Rosto from the Netherlands and An Xu from China. In the Master Classes, interested participants find out about the tricks used by great filmmakers such as Pedro Rivero (Birdboy, The Platform), Jalal Maghout from Berlin/Damascus (Architecture and Animation) as well as musician and filmmaker Fermin Muguruza from Bilbao (transmedia project Black Is Beltza). A first presentation is given by Effat University (Jeddah, Saudi Arabia) where animated films are studied and produced exclusively by women. Last but not least, the

A special highlight this year is “Animeo & Humania”, animated performance by Theater Marie (Aarau) and François Chalet (Zurich) in cooperation with FITZ! Zentrum für Figurentheater. In four performances, a human actress and an animated character engage in a flirtation across species – the live aspect of the stage play embarks on an adventure with animated film.

Festival passes and accreditations at the discounted Early Bird rates are available until March 12.