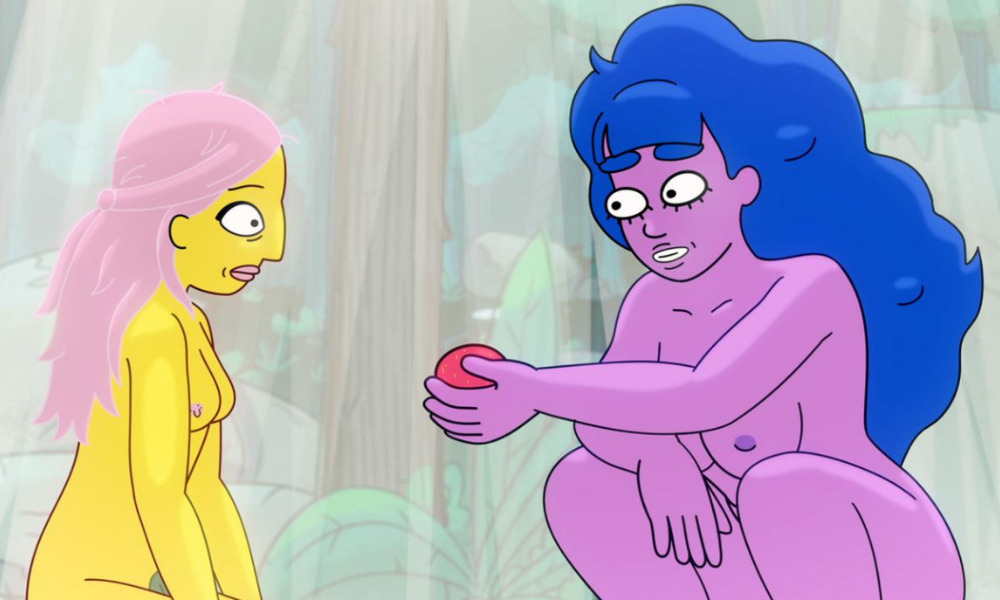 The film is set in Eden: a lush, safe haven where all living creatures can fornicate peacefully, home to Adam and Eve, the first man and woman on Earth. Or so Eve thinks, until one day she is surprised by an unabashed stranger who introduces herself as Lilith, first woman on Earth. Eve’s initial confusion only worsens when Adam admits that Lilith is indeed his first wife, but insists she is a demon and as such doesn’t count.

Lilith, bored with the couple’s bickering, grabs the apples she’d come for and leaves, but Eve’s mind is too fully blown to let it slide. Defying Adam for the first time, Eve runs after Lilith for answers. What she will learn will rock the very foundation of everything Eve knows about the world — and about herself.

“Lilith & Eve is a project born with my first daughter,” says de Ceccatty. “My life partner Manon and I grew up in respectively Catholic and Jewish households, but we spent much of our adult lives unlearning what religion had taught us. In particular, we’ve always resented the story of Adam and Eve, which defines women as man’s suitable helper (Genesis 2:24). So when we first heard of Lilith, Adam’s first wife and equal, nicknamed ‘mother of all demons’ for refusing to submit to Adam, we were destined to fall in love. After naming our first daughter after her, we decided to set the record straight and tell Lilith’s story as we saw it: the story of a biblically badass woman, who took control of her own destiny.”

The filmmakers set out to reclaim one of western culture’s founding stories in a way that is empowering to women, while promoting their independence and friendship. In addition to Wood as Eve and Wokoma as Lilith, this passion project features the voices of Conor Kennedy as Adam and trans actor & activist Jake Graf as the Archangel Samael. The score was composed by Sundance Lab alumna Camilla Uboldi.

Sam de Ceccatty is a French-American writer and director whose shorts screened in Oscar- and BAFTA-qualifying festivals worldwide. As a writer, de Ceccatty won the BBC Comedy Writers Room with his preapocalyptic sitcom What If, and was a finalist of the ITV/Red Planet Prize with his comedy crime Black Cows Give White Milk. He was also featured on the 2017 BBC Talent Hot List.

De Ceccatty wrote Lilith & Eve, his debut animated project, with his life partner and producer Manon Ardisson, who was BAFTA-nominated for the BFI-backed, BIFA-winning feature film God’s Own Country (Sundance 2017, winner of the World Cinema Directing Award). Ardisson is the managing director of Ardimages UK (recipient of a 2020 BFI Vision Award).

Together, de Ceccatty and Ardisson are now developing an animated series based on Lilith & Eve.

Learn more about the project at ceccatty.com/lilithandeve.