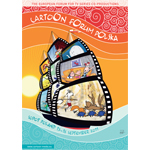 Cartoon Forum isn’t happening until Sept. 13 to 16 in Sopot, Poland, but the event is already generating some heat.

So far, more than 600 participants have already registered for the event, including 230 buyers. The show will let European animation professionals preview 66 animated series in progress for TV and new platforms. You can see some of them here.

Also, the jury for the event has chosen the six films that will compete for the Cartoon d’Or 2011. They are:

The 2011 Award Ceremony will take place during Sept. 15, with the nominated shorts screened in front of all Cartoon Forum participants and the winner’s name announced. The winner will receive a trophy together with a financial aid of 10,000 euros.

For a full list of the films in competition can be found here.