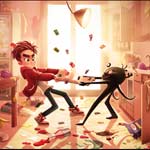 Ink Global will be showcasing a range of globetrotting toons during this week’s Kidscreen Summit in Miami, including Russian productions Moonzey, The Barkers Family and the ever popular Masha and the Bear; wildlife property Zafari; the tech-themed adventures of Mojicons; and brand-new show Mervyn’s Album.

Claus Tømming, Managing Partner, Ink Global, said: “The success of all these shows proves that audiences are bored of the same old formulaic content and are crying out for the type of original, story-driven entertainment that is the hallmark of Ink Global.”

Moonzy is a beautiful new Russian animation that introduces young audiences to a little alien who falls to earth and finds a new home amongst the lovable inhabitants of a forest meadow. Their adventures make for subtle, engaging and funny tales for the 21st Century. Already a success in Russia, where it is the top rated show on channel Karousel, Moonzy is produced by multi-award-winning director Sergey Selyanov.

Another new Russian hit is The Barkers Family, relating the uproarious anecdotes of a unique canine family who head to the country house to enjoy a “barking good” time. The energetic pups are in for a non-stop fun, as they dig to find dinosaurs, explore a deserted island, discover the mysteries of the attic, hunt for treasures and mushrooms, and fight with imaginary monsters. Media sales for Moonzy and The Barkers Family have already been achieved in the USA with Janson Media for Amazon Prime and HappyKids OTT channel, as well as in Israel (HOP!) and Turkey (Planet Sony). Both shows are available on TV and VoD across the world – excluding Russia and China.

Mojicons is an established show that’s being discovered by new audiences across the world. These animated adventures reveal the behind-the-screens world of the internet, where the Mojicons live – the innumerable emoticons that populate our emails and text messages. Sadly, this zany bunch of condensed emotions is clueless about how the Web works! When a mysterious digital villain steals the @ symbol, all electronic correspondence grinds to a halt. The Mojicons must undertake a dangerous quest to restore their system. The show has been snapped up by digital platforms and broadcasters across 100 countries. A Mojicons movie has had a successful run across France, with another now ready for release.

Zafari is the creation of animation visionary David Dozoretz and tells the story of a group of friends who inhabit a land where all the resident animals have been magically born with an amalgamation of varying skins, patterns and characteristics, making each individual truly unique. NBCUniversal-DreamWorks is the distributor for media rights and a host of broadcasters were on board at a pre-buy level, including France TV, Lagardere TIJI, SRC Radio Canada, ANTV and SpaceToon. Zafari will premiere soon across all of Latin America with National Geographic Kids Channels, Hungary with TV2 and in South Korea with CJ E&M Premium Pay and SVO. The series is also linked with World Wildlife Fund – a unique collaboration and the first of its kind – with each episode featuring a video aimed at educating viewers about wildlife and wild places on our planet.

Masha and the Bear is the global heavyweight that is now broadcast in almost every country in the world via both pay and free-to-air channels. The recently launched season 3 has already been snagged by channels in the UK, Italy, Turkey, MENA, France, Germany, Nordics, Asia, Greece and elsewhere. The show has also spawned two hit spin-offs: Masha’s Tales and Masha’s Spooky Stories – and is a major YouTube hit. Masha and the Bear has also enjoyed a successful theatrical release across key European markets.

Ink Global will also reveal a brand new show: Mervyn’s Album, which follows a 10-year old called Mervyn who owns a very special Stamp Album, that enables him to enter the world inside stamps. There he explores fantasy lands, meets unbelievable creatures, witnesses events of the past and future, discovers lands beyond his wildest imagination, and creates new realities! He also uncovers a conspiracy that crosses the divide between the world of humans and the Stamp Realm. Created by a prolific writer Marie Beardmore and co-developed by Ink, this comedy-adventure targets boys and girls aged 6 to 9. 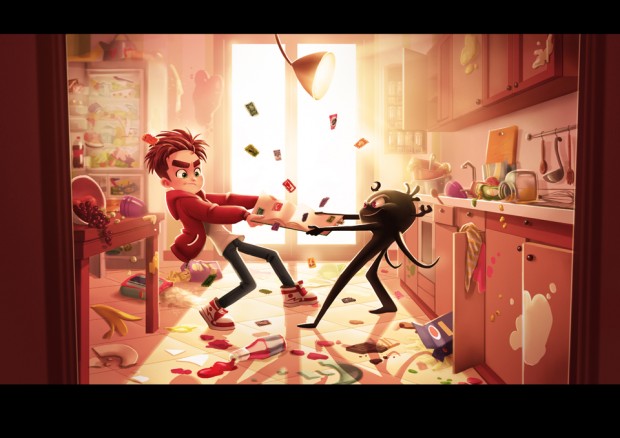