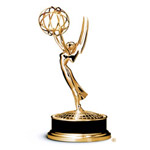 The Academy of Television Arts & Sciences announced today the juried winners for the 63rd Primetime Emmy Awards in the category of Individual Achievement in Animation. These awards will be handed out during the Creative Arts Emmy Awards on Saturday, September 10th.

The 2011 juried Emmy winners of Individual Achievement in Animation are:

The Primetime Emmy rules state that in a juried award, all entrants are screened by a jury of professionals in their peer group, with the possibility of one, more than one or no entry is awarded an Emmy. There are no nominations. The winners are announced prior to the awards presentation. Deliberations are an open discussion of the work of each entrant, with a thorough review of the merits of awarding the Emmy. At the conclusion of the deliberation on each entry, the jury votes on the question, “Is this entry worthy of an Emmy award – yea or nay?” Only those in unanimous approval win.