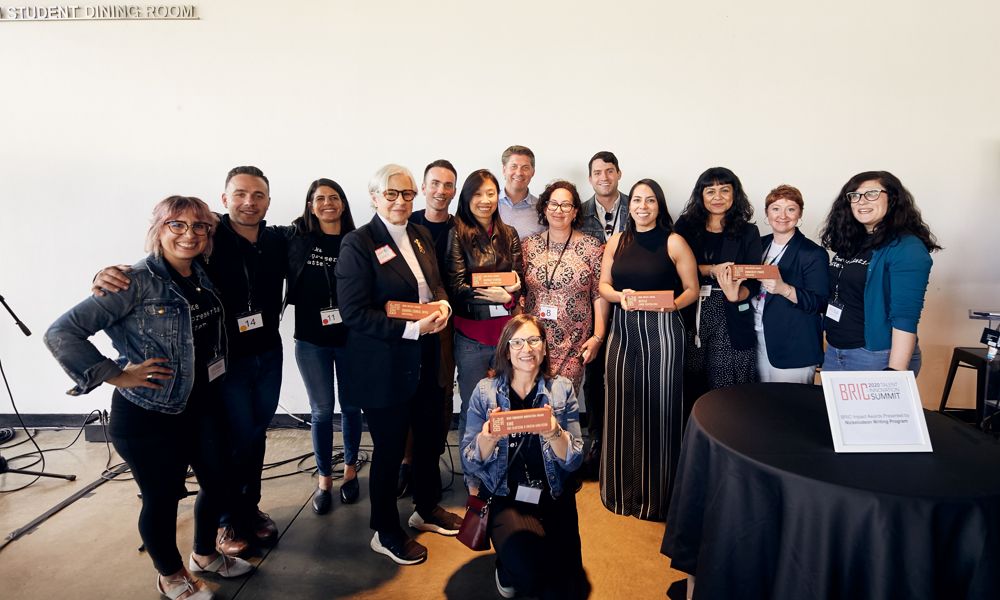 The BRIC Foundation, dedicated to increasing representation in the entertainment industry, held its second annual BRIC Talent + Innovation Summit on February 21, bringing together a community of thought provokers and disruptors across tech and entertainment to chart a course for meaningful change. The sold-out Summit was packed with inspiring talks, engaging workshops and actionable insights, bringing the power of perspective to attendees who joined from across government, media, tech, gaming and entertainment.

Among the highlights, Julie Ann Crommett, VP Multicultural Engagement at The Walt Disney Studios, called on attendees from across entertainment, media and tech to commit to action: “Representation matters, and the goal is to make sure that every single kid can see themselves on screen and in the workforce.”

During a panel on holding ourselves and businesses accountable, Darnell Moore, Director of Inclusion Strategy for Content & Marketing at Netflix, proclaimed, “Inclusion work is not just for the ‘other.’”

EVP of Creative at Sony Pictures Animation and Oscar-winning producer Karen Toliver (Hair Love) and Effie T. Brown, Gamechanger CEO and Producer (Dear White People), took the stage to discuss the opportunities and challenges that come with Operating in a Woke Universe. “You can’t make something about us, without us,” Brown asserted, “Until we bet on ourselves, no one’s going to bet on us.”

“We need to encourage each other to do better, to acknowledge both our privileges and the gaps in our knowledge, and make a commitment to justice,” said Alison Mann, BRIC Founder and CEO. “We launched the #BRICPledge as a means to make that commitment: pledge to make a difference, persuade others to care, and persevere when change doesn’t happen fast enough.”

In addition to a full day of engaging talks and conversations, the inaugural BRIC Impact Awards recognized individuals, nonprofits and companies that are innovative game-changers when it comes to leading how we creatively think and support diversity initiatives in the entertainment, media and tech industries, among others. Women in Animation also announced the recipients of their annual WIA Scholarships at the Summit.

“A huge congrats to the many incredible individuals and organizations who are already taking meaningful action and leading the way in diversity initiatives in their respective fields,” added Mann.

BRIC (Break, Reinvent, Impact, Change) was created with the mission of creating new access points for women and members of underrepresented groups to excel at creative leadership and to enable cultural change through engaging and empowering talent. The BRIC Foundation was founded in 2018 by entertainment industry heavyweights Alison Mann, VP Creative/Strategy Sony Pictures Animation, and Producers Jill Gilbert and Nicole Hendrix.