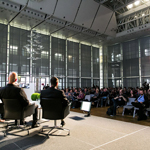 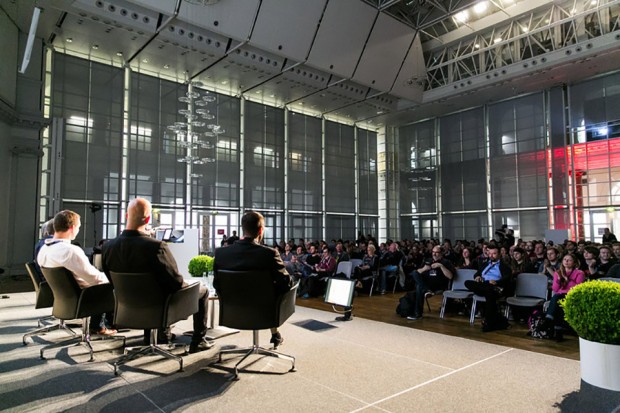 FMX, Stuttgart Festival and more make Germany the place to be in early May for the latest in cutting-edge technology, visual effects, animation, art and business.

The old lines are blurring — not just between TV and film, but between reality and entertainment themselves as the latter increasingly has the ability to become inseparable from the former.

That’s the reason behind the Beyond the Screen theme organizers of FMX chose for this year’s edition of the digital arts, technology and business conference, set for May 2-5 in Stuttgart, Germany.

The deeper feeling of immersion today’s media can offer will be discussed and explored by a range of speakers including Pixar’s Krzysztof Rost and Eric Smith on the making of the Oscar-winning short Piper; while Robert Valley, Oscar-nominated for Pear Cider and Cigarettes, will lead the Animation Wild & Strange track curated by Andreas Hykade of the Filmakademie Baden-Wuerttemberg; Theodore Ushev, the renowned short filmmaker behind Blind Vaysha; and a case study of the visual effects of Doctor Strange from RiseFX’s Florian Gellinger.

Among the companies attending this year: Allegorithmic, Avid, Chaos Group, VICON and Xsens will be present at the Marketplace and will give audiences the opportunity to dive deeper into what they have to offer during their workshops.

Schools also will be present, including the first overseas school to be represented at FMX: New Zealand’s Victoria University of Wellington. And five new companies will join the recruiting hub: Brown Bag Films, One Of Us, Rodeo FX, Sunday Digital and VR Coaster.

One of the premier animation events in the world, the Stuttgart Festival of Animated Film runs May 2-7 and will feature a full complement of screenings, events and educational opportunities for the public.

In 2016, more than 80,000 visitors came to Stuttgart and watched more than 1,000 films. The festival’s focus is on artistic animation and the promotion of up and coming talent, with the various competitions offering cash prizes of more than 70,000 euros.

This year’s SAS Symposium will take on the topic of Sound in Animation, Comics and Illustration.

The 11th edition of Animation Production Day, during which representatives from the German and international animation industry meet to negotiate new ideas and formats in one-on-one meeting, is set for May 4-5.

A total of 35 projects will be selected to participate in APD 2017, with those chosen having a good chance at finding production and financing partners.

The full list of accepted projects can be found online at animationproductionday.de.

Following the great success of the event in recent years, the Stuttgart Festival of Animated Film and the Robert Bosch Stiftung announce the return of the Arab Animation Forum, set for May 4-7 during the festival.

The Arab Animation Forum connects young animation directors and artists from member states of the League of Arab States with producers from Germany to support joint animated film projects.

The aim of the Arab Animation Forum is to identify interesting projects and to connect potential co-production partners directed towards a possible application for the Film Prize of the Robert Bosch Stiftung for International Cooperation.

The selected filmmakers will present their projects to a professional jury for feedback, and will get to talk with producers in personal meetings.

The winning project of the Arab Animation Forum is nominated for the Film Prize of the Robert Bosch Stiftung for International Cooperation.

Monstrous Assignment
Back from the Dead