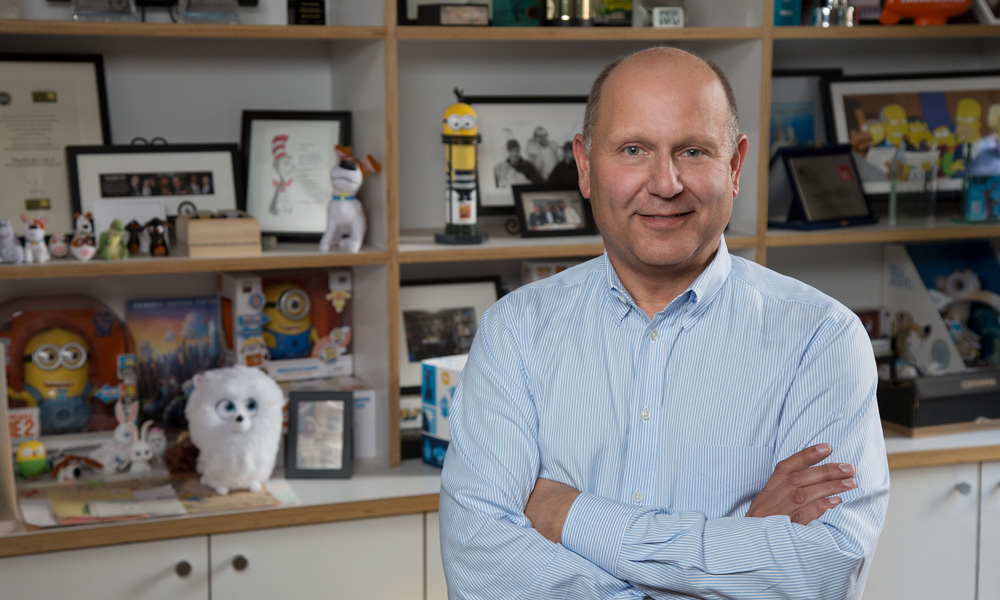 The Visual Effects Society has named Chris Meledandri, acclaimed Oscar-nominated producer and founder and CEO of Illumination, as the forthcoming recipient of the VES Lifetime Achievement Award in recognition of his valuable contributions to filmed entertainment. The award will be presented at the 17th Annual VES Awards on February 5, 2019 at the Beverly Hilton Hotel.

The VES Lifetime Achievement Award, bestowed by the VES Board of Directors, recognizes an outstanding body of work that has significantly contributed to the art and/or science of the visual effects industry. VES will honor Meledandri for his unique ability to bring animation into the lives of audiences worldwide and create unforgettable characters that have become part of the pop culture zeitgeist. Meledandri’s leadership and creative approach to storytelling have built one of the most pre-eminent brands in family entertainment, by developing humor-based comedic films that strike the balance between subversive and emotionally engaging, and appeal to all ages and on a global scale.

“Chris Meledandri has greatly contributed to the advancement and ever-increasing success of mainstream animated entertainment over the last 20 years,” said Mike Chambers, VES Board Chair. “He is an amazing creative force and powerhouse producer, whose unique vision has delivered some of the most popular movie franchises of all time. His leadership in the industry is paving the way for future generations of artists and producers and he has helped redefine the profile of animation and visual effects on a global scale. We are very proud to honor Chris with the VES Lifetime Achievement Award.”

Since founding Illumination in 2008, Chris Meledandri has become one of the most successful creators of original film franchises. In just a decade, Illumination produced two of the five highest-grossing animated films of all time, as well as the highest-grossing animated franchise in history: Despicable Me. Collectively, the company’s eight films, which include this year’s sixth highest-grossing film Dr. Seuss’ The Grinch, as well as Despicable Me, The Secret Life of Pets and Sing, have grossed over $6B globally – with 2016’s Minions and 2017’s Despicable Me 3 both crossing the $1B mark. In recognition of Meledandri’s ability to outperform titles such as Deadpool, Iron Man and Star Wars, Deadline wrote in 2017 that their “Most Valuable Blockbuster [rankings] might have to be coined the Meledandri Tournament.”

Today, Illumination’s characters can be found worldwide in theme parks, consumer goods, social-media memes and in games. Illumination’s 2013 mobile game, Minion Rush, has since been downloaded more than 800M times, making it the sixth-most-installed mobile game in history.

Prior to Illumination, Meledandri, an Academy Award-nominated producer, was the founding president of 20th Century Fox Animation, where he created the hugely successful Ice Age franchise.