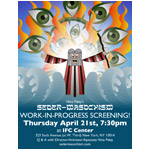 New York City’s IFC Center will be holding a work-in-progress benefit screening for Nina Paley’s latest project, Seder-Masochism. Taking place Thursday, April 21 at 7:30 p.m., the definitely not-for-kids event will include free matzoh (happy Passover!) and a Q&A with Paley, the multiple award-winning indie animation director behind Sita Sings the Blues, and all proceeds will go towards finishing her ambitious animated film project.

Paley’s second feature-film project, Seder-Masochism is, like Sita Sings the Blues, a musical animated epic that explores the story of the Exodus, narrated with real-life recordings of Passover Seders. The IFC screening will be over 40 minutes of the so-far completed core musical scenes, promising goats, plagues, death, idols, commandments and “unsubtle phallic imagery.”

Info and tickets are available here. You can also make a tax-deductible donation to the project and get sweet benefactor swag like an “Angel O’Death” t-shirt, signed prints, on-screen credit for the completed film and entry to a semi-kosher VIP Seder with Paley (on April 22) through the Seder-Masochism Kickstarter campaign. 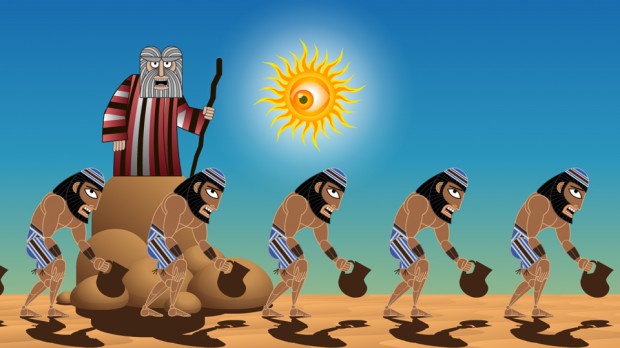 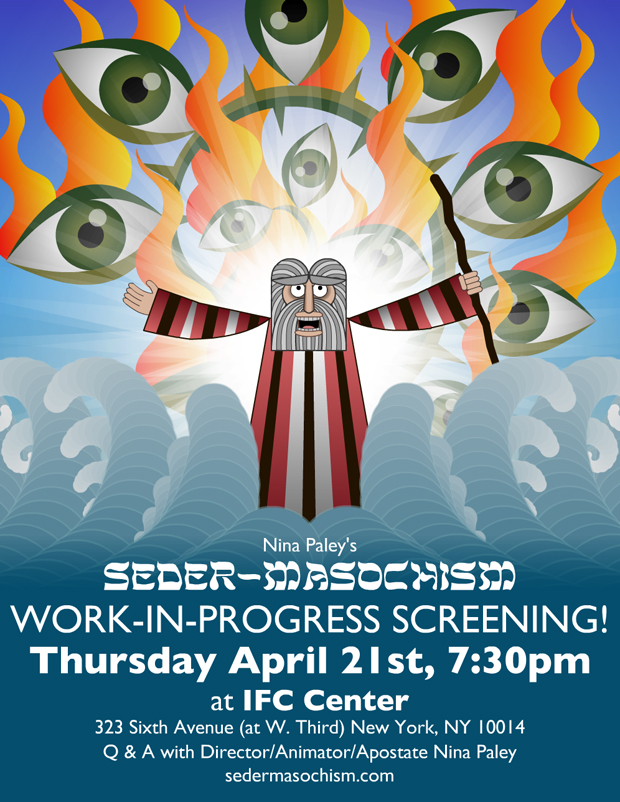