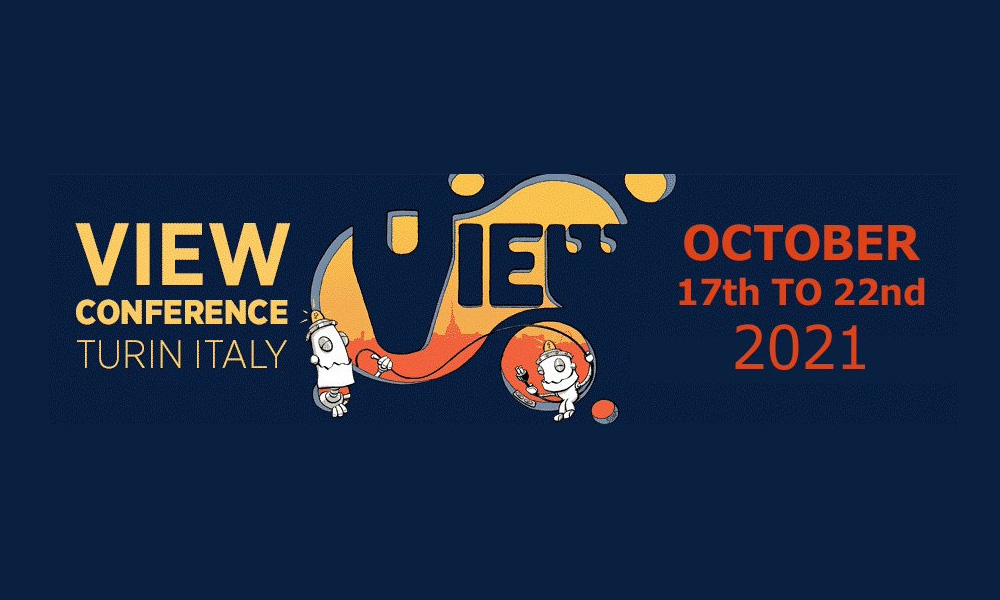 VIEW Conference 2021 and the accompanying VIEWFest film festival takes place from October 17 to 22 in the beautiful city of Torino, Italy, with online access opening up the entire week of events to a global audience of industry professionals, students and enthusiasts. With a grand total of 252 speakers and 161 talks, panels, workshops, masterclasses and inspiring keynote speeches, this year’s conference is bigger and more inclusive than ever.

For the second year running, VIEW Conference 2021 is completely free to attend. A simple registration process unlocks access to all sessions, and is available via the official website. With four strands running simultaneously through the week of the conference, many attendees will be eager to catch up with all the sessions they miss. For this purpose, additional on-demand tickets are available to purchase, giving online access to session recordings for timescales ranging from one week to three months. 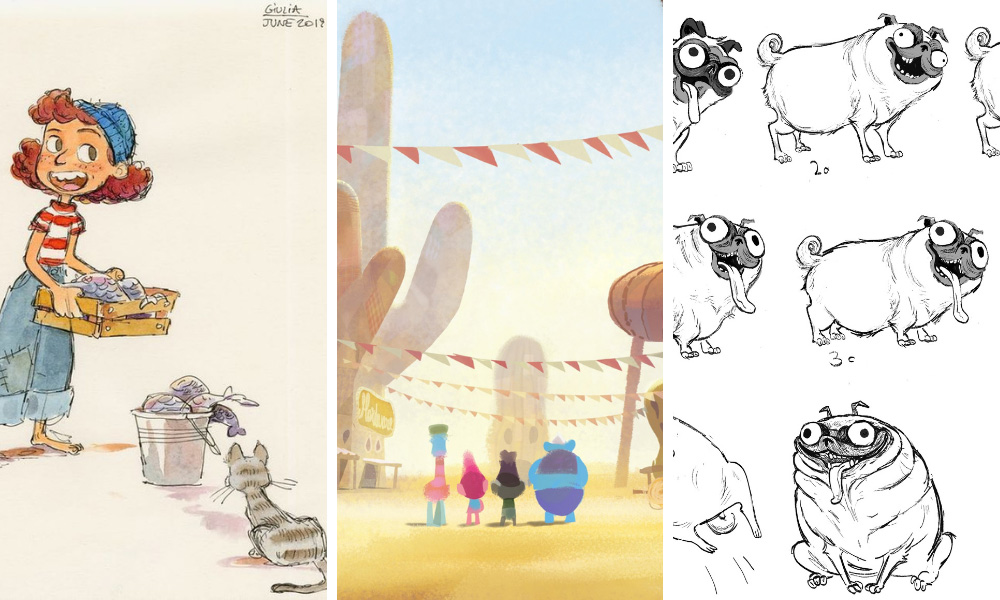 Representation and diversity has always been an important part of the VIEW Conference agenda. This year, the event welcomes as speakers Marge Dean and Jinko Gotoh, President and Vice President of the support and advocacy group Women in Animation. VIEW Conference is also proud to present “Badass Women Production Designers,” a panel featuring Daniela Strijleva (Luca), Lindsey Olivares (The Mitchells vs. the Machines), Kendal Cronkhite (Trolls World Tour), Celine Desrumaux (The Witch Boy) and Shannon Jeffries (Under the Boardwalk). Additional panels explore the role of women in production and the challenges of educating the next generation of women artists. Meanwhile, “Badass Asian-American Directors” assembles a panel of fiery filmmakers including Ronnie Del Carmen (Inside Out), Elizabeth Ito (City of Ghosts), Emily Dean (Forget Me Not) and Stephanie Stine (She-Ra and the Princesses of Power), moderated by Maureen Fan, CEO and co-founder of Baobab Studios.

Acclaimed filmmakers dominate this year’s list of speakers, who will not only give illuminating talks on their latest projects but also lead lively panels alongside their complete creative teams. The films under discussion include recent hit animated features such as Luca, Vivo, Raya and the Last Dragon, The Boss Baby: Family Business, The Mitchells vs. the Machines, Space Jam: A New Legacy and The Addams Family 2, as well as the Netflix animated feature The Summit of the Gods and DreamWorks Animation’s Spirit Untamed, directed by VIEW Conference speaker Elaine Bogan. Extending the debate, filmmakers Peter Ramsey (Spider-Man: Into the Spider-Verse, We the People) and Shannon Tindle (Kubo and the Two Strings) lead a special panel “The Art of Animation: A Director’s Perspective.”

Alongside its focus on feature films, VIEW Conference delves into the latest episodic series, with Love, Death + Robots creator Tim Miller and supervising director Jennifer Yuh Nelson joining their colleagues for a panel on the acclaimed sci-fi anthology series from Netflix. The creative team from Marvel Studios discusses the new animated superhero series What If…?, while other presentations reveal the stunning visual effects secrets of the Emmy Award-winning The Mandalorian and Marvel Studios’ WandaVision. 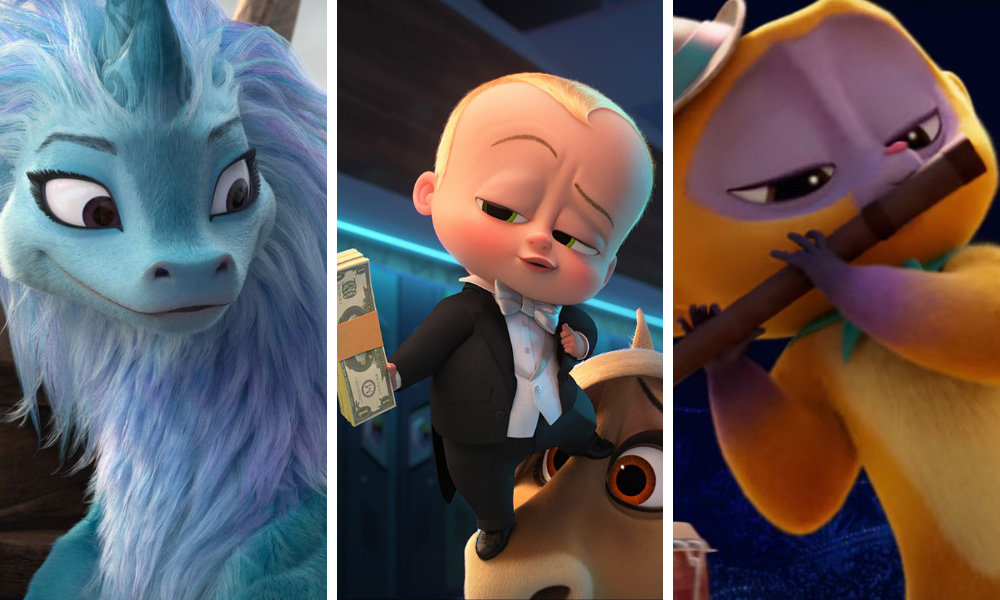 Exploring more deeply the world of visual effects, VIEW Conference presents a pair of panels with the shared title “The Future of VFX,” featuring leading VFX supervisors including Roger Guyett, Paul Franklin, Rob Legato, Sheena Duggal and Christopher Townsend. Industrial Light & Magic‘s Chief Creative Officer Rob Bredow gives a presentation on the company’s innovative StageCraft technology, with yet more talks lifting the curtain on recent blockbusters such as Shang-Chi and the Legend of the Ten Rings, Disney’s Jungle Cruise and Christopher Nolan’s cerebral thriller Tenet, plus Weta Digital visual effects supervisor Guy Williams talking about The Suicide Squad. Fans of the old school are sure to enjoy panels featuring the teams behind the classic films Dragonheart and Independence Day.

Short films are firmly in the spotlight, with Aardman co-founder Peter Lord joining the directors and producer of his studio’s upcoming seasonal stop-motion film Robin Robin. Also presented at VIEW Conference 2021, and screened at VIEWFest, is Carlos Fernandez Puertolas‘ independent short film Frank & Emmet, about the lifelong friendship between two show-business partners, one of whom is a puppet; and Erick Oh‘s visionary VR short Namoo. Other short films under discussion are Apple TV+ and Skydance Animation’s Blush, directed by Joe Mateo, plus Dimension’s and DNEG’s Fireworks and DNEG Animation’s Mr. Spam Gets a New Hat, both of which exploit the latest realtime and virtual production techniques. 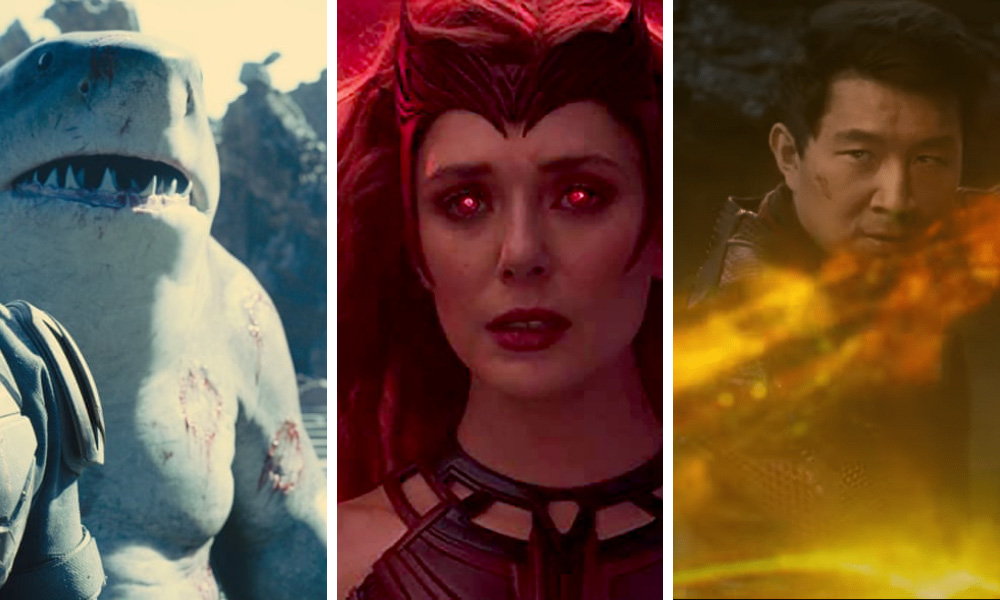 L-R: The Suicide Squad, WandaVision, Shang-Chi and the Legend of the Ten Rings

This year, a number of visiting film directors will participate in VIEW Conference’s program of workshops and masterclasses. Fulfilling its ongoing commitment to bringing masters and students together, the conference gives attendees the unique opportunity to participate in a life-drawing workshop with directors Tomm Moore (Wolfwalkers) and Kris Pearn (The Willoughbys), and a storytelling workshops with Mike Rianda, director of The Mitchells vs. the Machines.

VIEW Conference is equally committed to training in the technical disciplines, with a vast selection of workshops and masterclasses designed to expand knowledge and advance skills in software such as Foundry‘s Nuke, Katana and Mari, plus Adobe products and the open source Blender. In addition, VIEW Conference is hosting a SideFX Houdini HIVE suite of presentations focused on the latest techniques and developments in the award-winning software, plus a special Houdini event currently cloaked in secrecy.

There is even an opportunity to embrace the future with “Pioneers in the VFX and Computer Graphics Industry,” a forward-thinking panel about the next big thing: the Metaverse. This mind-expanding conversation brings together a group of computer graphics all-stars including Alvy Ray Smith, Mark Sylvester, Jeff Kleiser, Carl Rosenthal, Don Greenberg and Richard Kerris.

“The VIEW Conference program for 2021 goes beyond my wildest dreams,” says Conference Director Dr. Maria Elena Gutierrez. “I am so excited about the breadth, depth and quality of content we have available this year, and so grateful to all the masters of their craft who are joining us for this week of inspiration, education and celebration. VIEW Conference has a big heart, and I know that the enthusiasm and commitment of everyone involved will make VIEW Conference 2021 the most memorable yet.”

Visit the VIEW Conference website for the complete program of events: www.viewconference.it/pages/program.