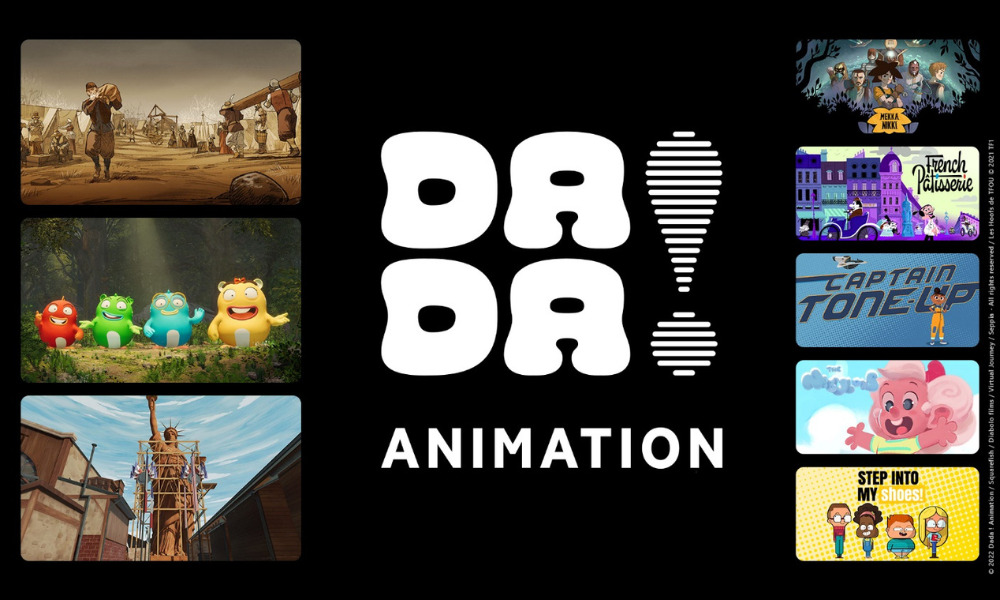 In a move that gears Hue Dada! Productions to deliver original content and creative service to clients, the real-time 3D studio has a new name and identity: Dada! Animation. The strategic shift positions the innovatory Paris studio to lead content creators into the future of 3D animation and VR experiences.

Founded in 2019 by a cross-disciplinary team of  creative professionals from animation, video games and special effects, Hue Dada! Productions has produced a burgeoning slate of original animated works and a wide range of creative 3D animation and VR experience projects. Following its rapid development and the intensification of its production activities for broadcasters, documentaries, communication agencies, CSR services and cultural institutions, the studio is getting a facelift to announce its new creative offering.

Dada! Animation captures its desire to place avant-garde innovation at the heart of the constantly evolving creative process and thus break down boundaries to create unexpected 3D virtual universes that appeal to a broad target audience of kids, teenagers, young adults and adults alike. 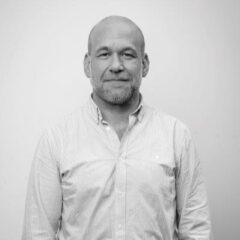 “This new name carries our values centred on audacity, innovation and creativity,” says Jérôme Mouscadet, Director & Co-Executive Producer of Dada! Animation. “Our new graphic identity inspired by the technical-artistic movement and Tinguely’s machines embodies our ability to integrate the latest technological advances such as real-time, AI, style transfer, photogrammetry … to the service of a constantly evolving creative process.”

At the crossroads between a technological start-up and a cutting-edge studio, Dada! Animation aims to decompartmentalizesand democratize animation using new technologies such as real-time rendering and virtual production.

Quentin Auger, Head of Innovation of Dada! Animation, explains, “The benefits and advantages of real-time 3D production tools revolutionise the entire entertainment industry, particularly 3D animation. The first gain is an acceleration of production times. Many steps can be drastically accelerated, like rendering and compositing times being divided by 200 to 300. ‘Retakes’ or creative adjustments can be reduced by almost 50% in certain departments, making iterations easier.” 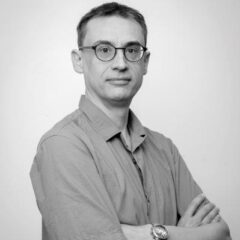 Auger adds that AI and machine learning tools are also easing low value-added and/or tedious jobs up, as well as surprisingly being of great inspirational help in the most creative tasks.“When 3D animation is ported into game engines as we do, the interactive virtual production necessary for immersive exploitations, the creation of avatars and metaverse environments are also at your fingertips. Consequently, the 360° exploitation of digital assets such as the production of apps and the gamification of content is greatly facilitated. These new technologies are constantly evolving and opening an exciting creative field for the entire industry.”

From pre-production to post-production, Dada! Animation directs and produces the CGI animated sequences for the interstitial program Les Hoofs de Tfou, currently aired on TFOU (TF1). The studio also collaborates with Seppia on lls étaient des Millions (They Were Millions), a hybrid animated documentary about the great European migrations in the 18thth and 19th centuries. On the VR side, the studio works with Virtual Journey to develop Lady Liberty, a virtual reality experience around Victor Hugo’s visit to Bartholdi’s workshops during the manufacture of the Statue of Liberty.

Besides its various creative collaborations, Dada! Animation will present five of its eight original projects at the Annecy International Animation Film Festival. Visit the team from 14 to 18 June on the MIFA stand of the Ile de France Region (Stand C17) to find out more about its current projects: 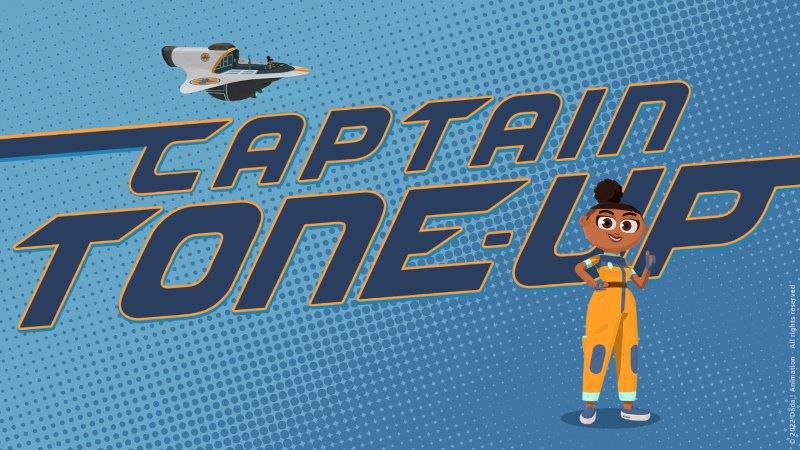 Captain Tone-up is currently in development with Disney Television France; this is an edutainment series of 12 x 2’ episodes. It is a 3D animation production for children aged between six and 10. 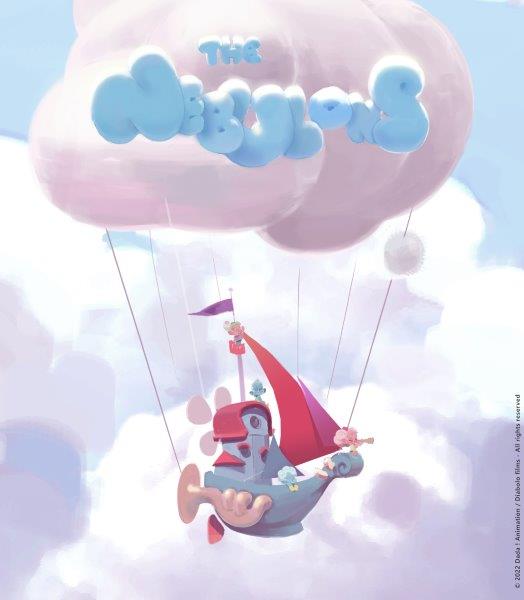 The Nebulons, collaboratively developed with Diabolo Films, is a ‘Poetic Cartoon’ for three- to five-year-old children and consists of 78 x 7’ episodes. It is designed to capture the imagination of children who like to see shapes in the clouds. 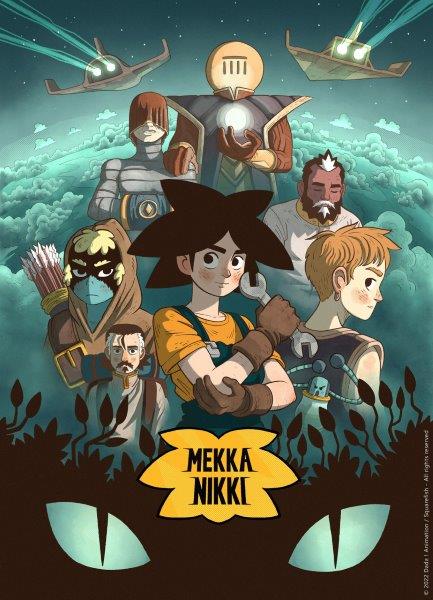 Mekka Nikki is an initiatic science-fiction 3D/2D animated series, which will comprise 10 x 30’ episodes for Season 1. It is an epic saga of science-fiction for 10- to 14-year olds. It is being developed by Dada! Animation in collaboration with Squarefish. 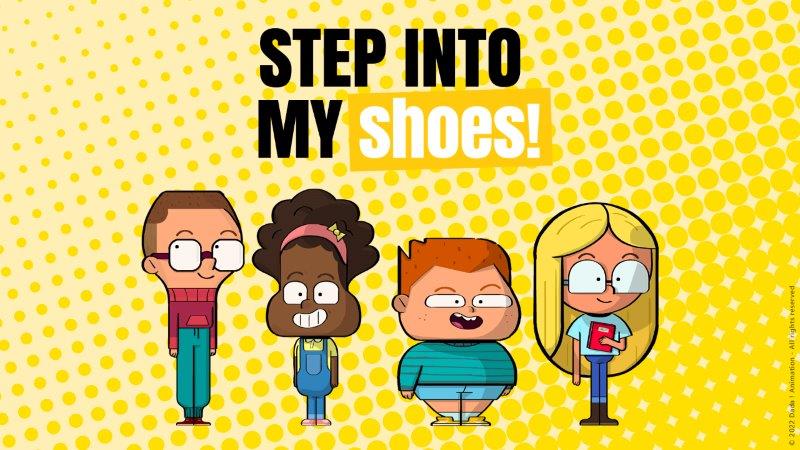 Step into My Shoes

Step into My Shoes is a citizenship program which develops an understanding of the issues surrounding inclusion in an animation 3D/2D comedy series of 26 x 2’ episodes. 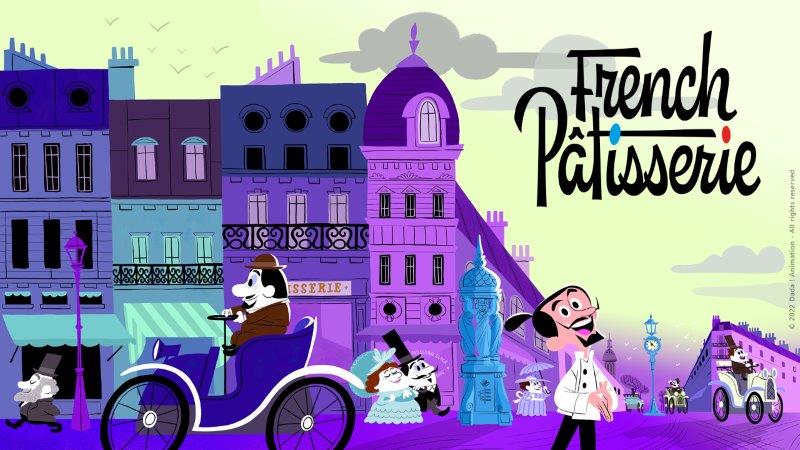 French Pâtisserie is an animated documentary set to be “a scrumptious series” of 30 x 7’ episodes. Presented by the Chef of the French Prime Minister, Gaël Clavière, it bakes up the history of French pastry specialities.