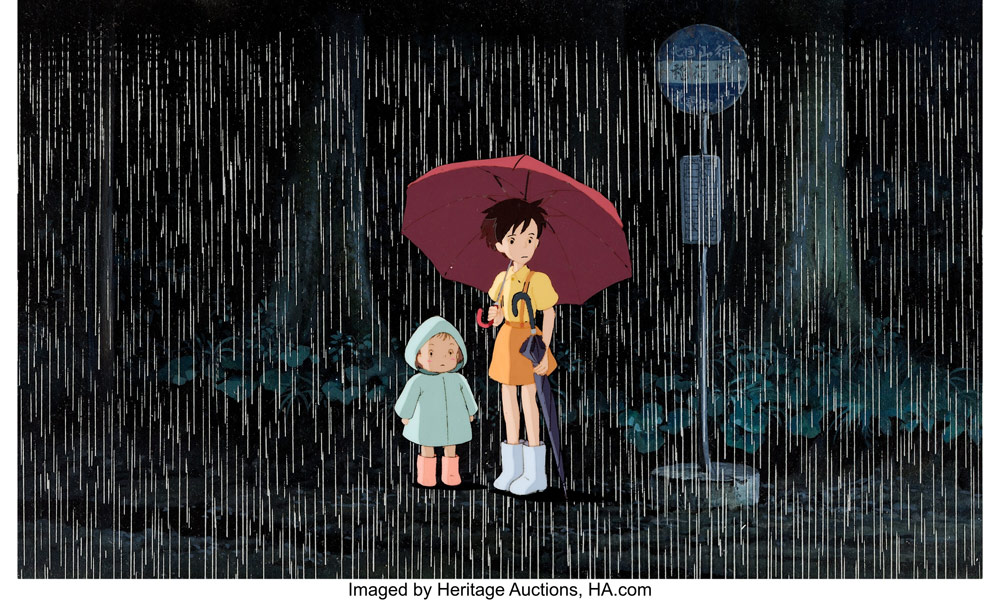 Production animation cels and backgrounds from the most critically-acclaimed and culturally-influential anime films, television series and characters to headline a three-day auction event June 25-27 at Heritage Auctions. The Art of Anime and Everything Cool Auction is the first of its kind held by any major U.S. auction house to pay homage to the craft of anime animation art.

“With 928 lots, this will be the world’s largest auction to feature top-grade anime, manga and even classic American animation,” said Jim Lentz, Director of Animation Art at Heritage. “From feature films to television series, the sale is packed with iconic scenes and characters.”

The auction features top selections from the Glad Anime Museum Collection, created by Mike Glad, the photographer and Oscar-nominated film producer who amassed original art by some of anime’s greatest creators. Unlike any other, the incredible Japanese animation collection has traveled from museum to museum globally and is now one of the single most important anime animation art collections ever brought to market.

One of the prime highlights from the collection is a stunning Akira Kaneda production cel sequence of four on its key master pan background (Tokyo Movie Shinsha, 1988). Measuring 52 inches by 12-1/2″ (132.8cm x 31.75cm), the sequence is a hand-painted masterpiece from the groundbreaking and pivotal anime masterpiece featuring the key character Kaneda in an action-packed motorcycle moment from the climactic and harrowing final scenes of the film.

A close second is an action close-up of Akira‘s characters Kei and Kaneda in a production cel setup with key master background, from the Glad Anime Museum Collection. The film is deemed culturally important because it almost single handedly brought anime into the limelight for Western audiences with its American release in 1990. Several lots from Akira are on offer in the auction, including more motorcycle scenes. 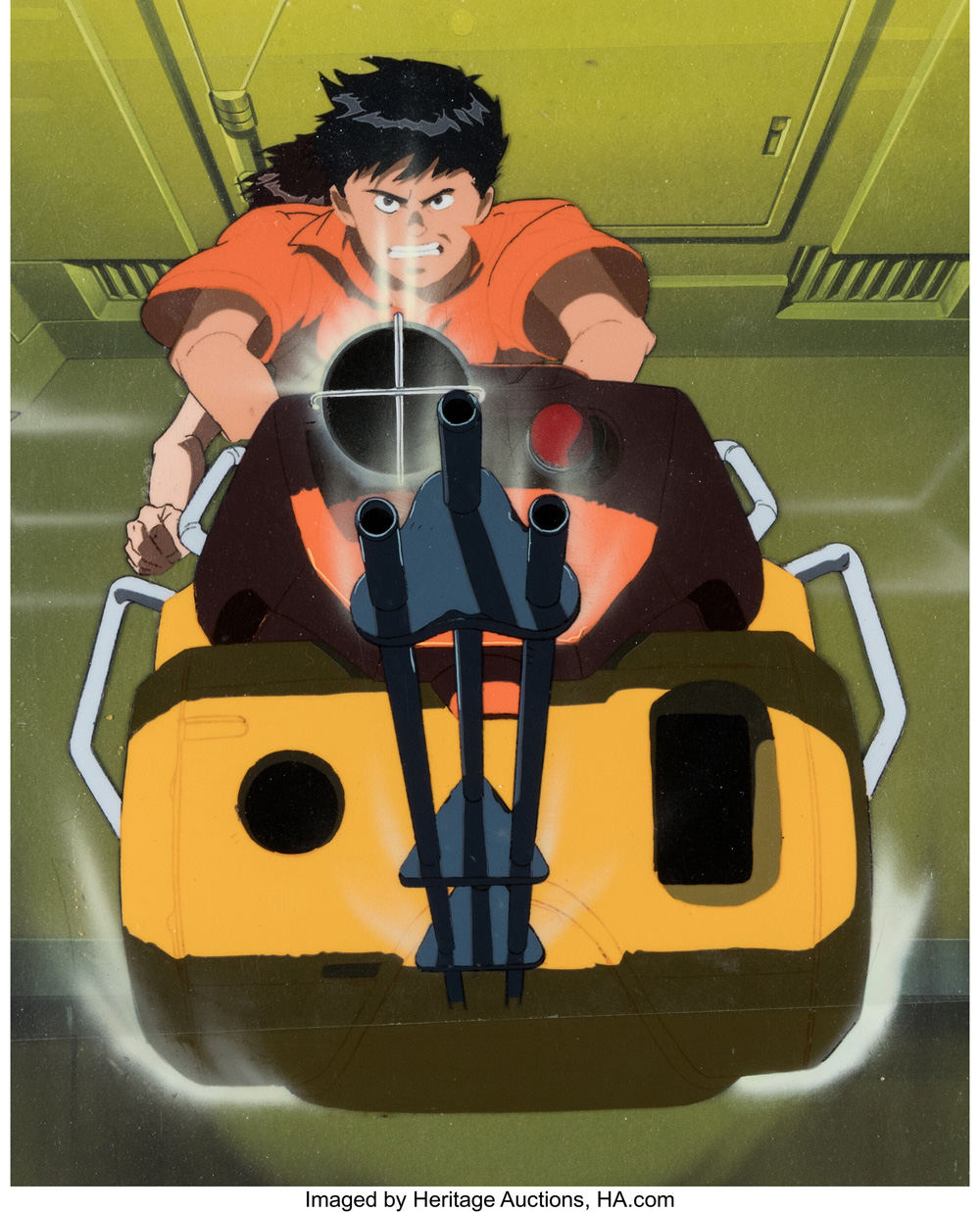 Auction highlights include important production animation cels used in the making of award-winning feature films and work from the artform’s most respected filmmakers, and pieces featuring iconic characters from globally beloved series.

Akira may never have happened if it wasn’t for anime trailblazer Osamu Tezuka, whose Astro Boy series defined the entire artistic movement known as anime beginning in the 1960s. Tezuka, often revered as the “God of Manga,” revolutionized animation in Japan, and used Astro Boy as a conduit to address heavy issues like war and intolerance.

Several examples from the series are on offer including an amazing hand-inked and hand-painted original production cel from the classic Astro Boy series from the mid-1960s. An important model sheet from the same period depicts Astro Boy and additional characters such as Astro Girl, Dr. Packidermus J. Elefun and Victor Percival Pompous. 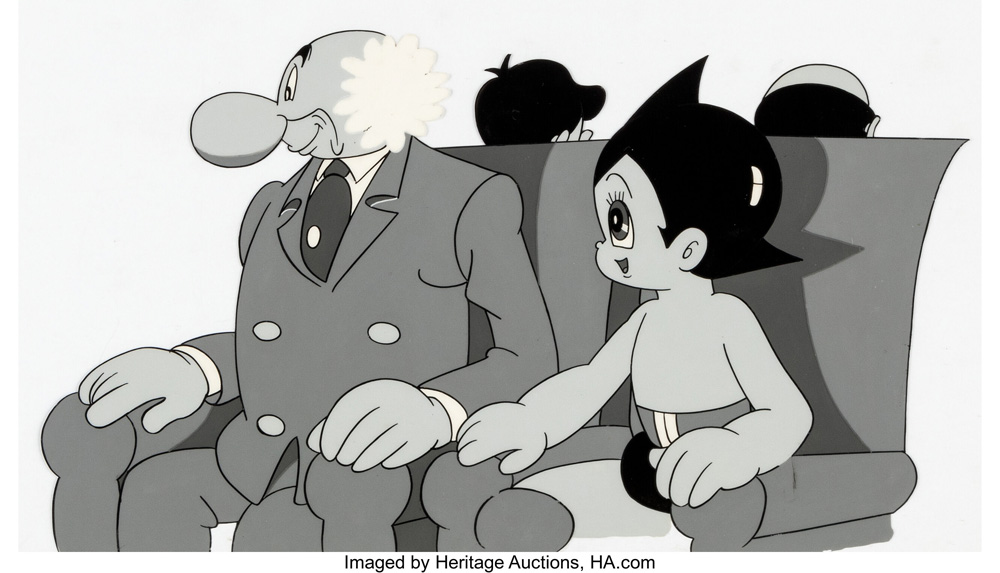 The artwork by the Japanese animator, director, producer, screenwriter, author and manga artist Hayao Miyazaki is well represented at the auction. My Neighbor Totoro Mei, Chibi-Totoro and Chū Totoro production cel (Studio Ghibli, 1988) is from a key scene in the critically-acclaimed Miyazaki-directed animated masterwork. Lead character Totoro is recognized as one of the most popular characters in Japanese animation and the film is regularly ranked high in lists of the most important world films made.

A production cel setup with key master background from Kiki’s Delivery Service (Studio Ghibli, 1989) may be seen at the 1:14:49 mark of the animated feature film. This beautiful, hand-painted original production cel setup of the titular witch Kiki depicts a solemn scene as she wrestles with her self-doubt on her journey to adulthood. The scene captures Miyazaki’s atmospheric, extended quiet moments which set his films apart from all others. 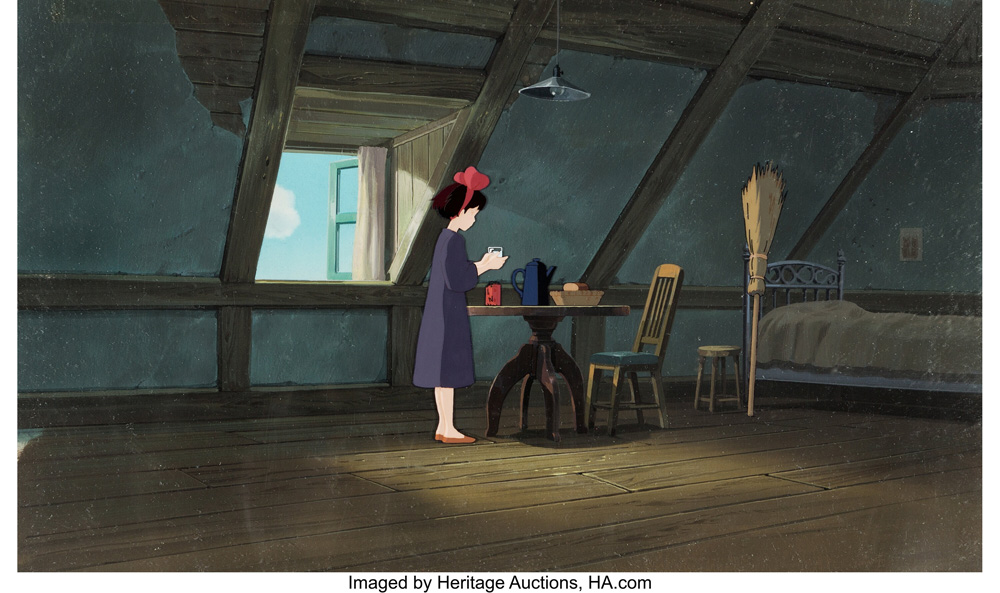 A beautifully executed production cel with production background and animation drawing (Studio Ghibli, 1997) from Miyazaki’s critical and commercial blockbuster Princess Mononoke is on offer from the Glad Museum Collection. Prince Ashitaka is awakened by his steed Yakul in the hand-painted artwork. Seen at approximately the 1:05:51 mark of the film, the cel is likely to spark intense bidder interest for a piece of memorabilia from one of the greatest anime films ever made.

As for some of anime’s most popular characters: First and foremost, a hand-painted original production cel setup of the eponymous God-like being Genocyber, measures a huge 15-1/2 inches by 12-1/5 inches (39.37cm x 31.75cm). Seen at the 37:34 mark of the first episode. The cyberpunk sci fi/horror Genocyber is perhaps best known for its controversially extreme graphic violence, and as a result it has developed a dedicated cult following since its release. 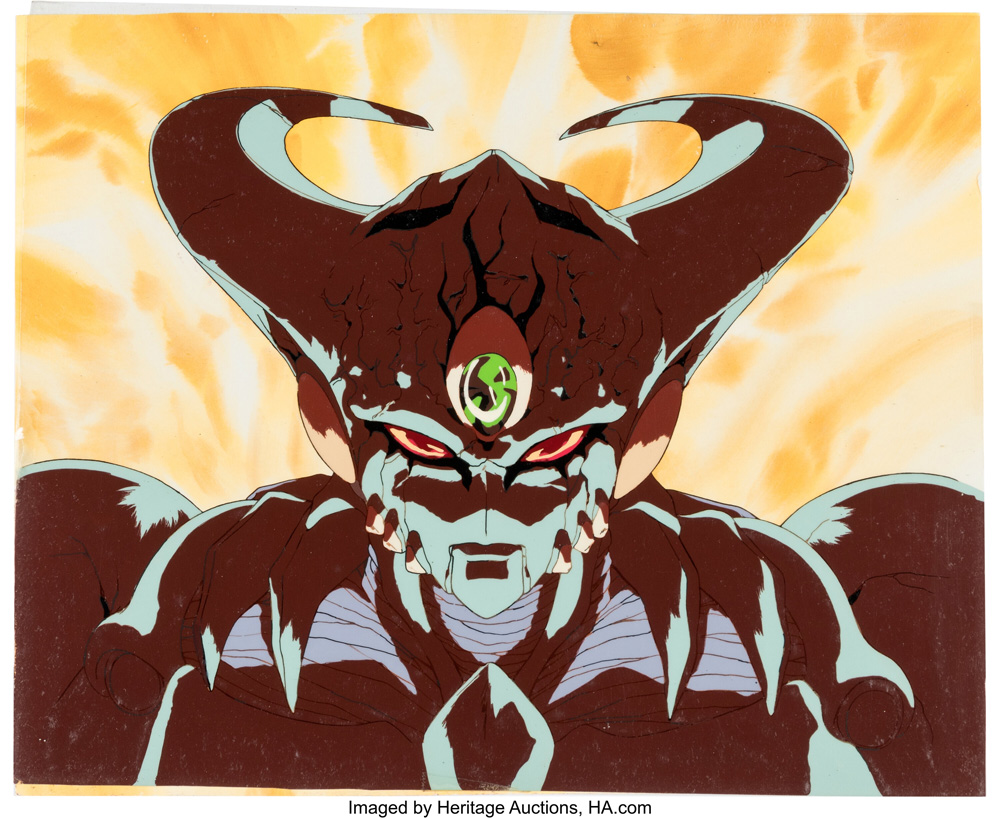 Sailor Moon (Usagi Tsukino), perhaps the most recognizable fictional manga superheroine from the classic hit series of the same name, appears in the auction. A stunning and iconic scene of Sailor Moon narrowly dodging an attack from the wicked tree-like Cardian Leshy (Toei Animation, circa 1992-97) in an astounding and large hand-painted original production cel. A production cel closeup of Sailor Moon (Toei Animation, circa 1992-97) is an eponymous example of the charming, expressive character reactions that define anime’s distinctive style on its key master background.

A fantastic hand-painted original production cel from Mamoru Oshii’s cyberpunk masterpiece Ghost in the Shell (Production I.G, 1995) makes a rare appearance at auction. The highly-influential film was credited by A-list director James Cameron as “the first truly adult animation film to reach a level of literary and visual excellence.” The cel may be seen early in the film at the 12:38 mark. 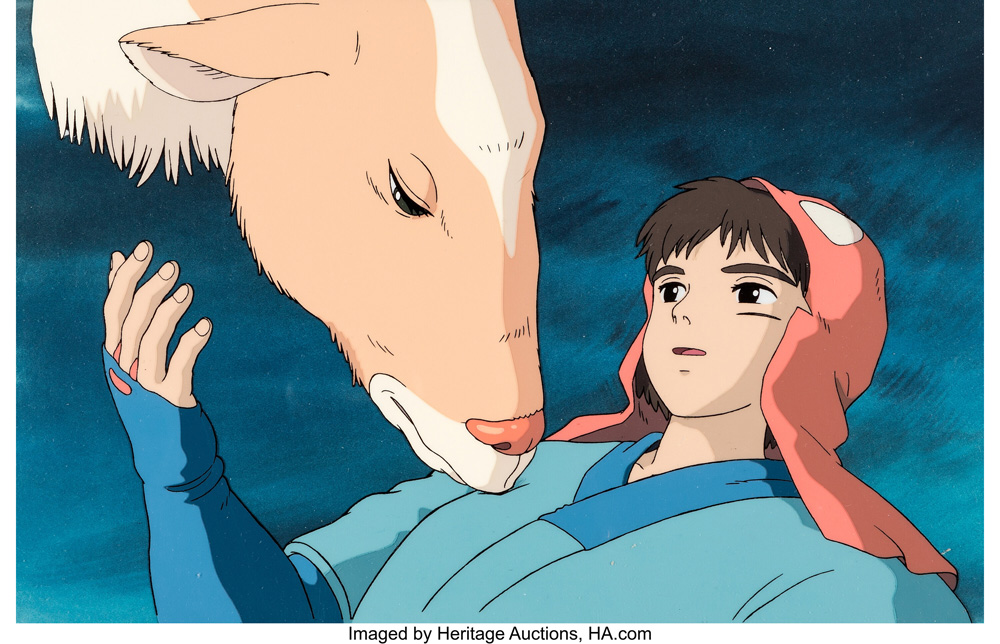 Additional highlights include, but are not limited to:

Heritage Auctions’ The Art of Anime and Everything Cool Auction is June 25-27, with worldwide bidding available on HA.com.