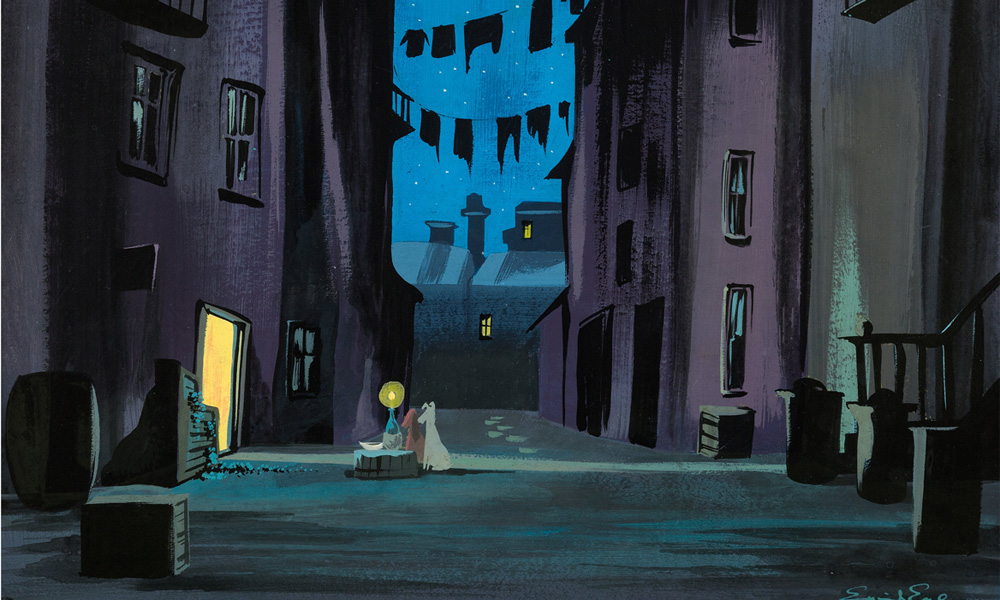 A 1969 painting from The Haunted Mansion was the center of a bidding storm at Heritage Auctions’ recent Animation Art Auction in Beverly Hills, claiming the top price tag at the record-breaking sale. With sell-through rates of 99.1% by value and 99.76% by lots sold, the event totaled $1,956,296, making it the most successful animation auction in the history of the Heritage Auctions, and one of the biggest ever held.

More than 30 bidders pursued Haunted Mansion Stretching Room Disneyland Painting Original Art (Walt Disney, 1969) until it closed at $72,000, nearly tripling its pre-auction estimate. The rare, hand-painted image was one of four that greeted guests upon entry into The Haunted Mansion in New Orleans Square before the images were replaced at the attraction by prints. The massive (11’ 2” by 3’10”) painting shows the Elderly Widow sitting on her husband’s tombstone, and is hand-signed by Marc Davis.

“This animation art auction was our best to date,” Heritage Auctions Animation Art Director Jim Lentz said. “It showcased the global love of animation art. Record prices were seen across the board for all the studios: Disney, Hanna-Barbera, Warner Brothers and so many more!”

Mickey Mouse made a 90th birthday splash with 65 lots. Leading the way was Steamboat Willie Mickey Mouse and Pete Animation Drawing Original Art (Walt Disney, 1928), a rare 12-field, two peg hole animation drawing in graphite of both Mickey Mouse and Peg Leg Pete that went for $14,400 to the winning bidder from a field of 28.

Iconic Disney artist Mary Blair was also well repped at the sale, with a selection including items from the Mary Blair Family Trust. Highlights included “It’s a Small World” Concept Painting (1964), which nearly tripled its pre-auction estimate when it sold for $28,800. The Adventures of Ichabod and Mr. Toad Headless Horseman Concept Painting (1949) topped its estimate by more than 100% at $21,600. “It’s a Small World” Park Ride Penguin Prop (1964) drew bids from 29 collectors on the way to a final price of $19,200. And Alice in Wonderland Tweedledum and Tweedledee Concept Painting (1951) more than tripled its estimate with $16,800.

Competitive bidding continued when 19 collectors vied for Lady and the Tramp Background Color Key/Concept Painting by Eyvind Earle (Walt Disney, 1955), which finished at $24,000. After Blair’s departure from the Disney studio, Earle was recruited to do more than 50 background color key paintings for the infamous scene in which Lady and Tramp share spaghetti and meatballs. This large (16-by-13-inch) gouache on board piece is signed by Earle in the lower right corner. 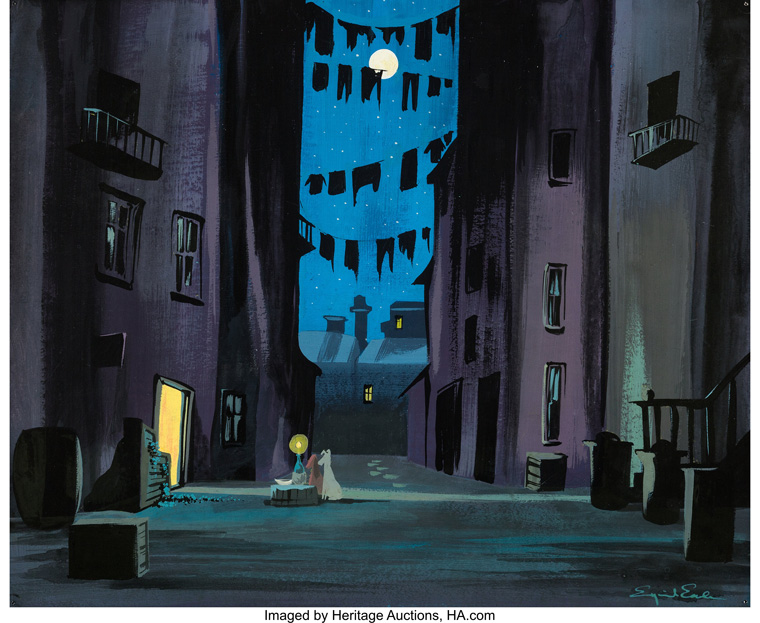 Heritage Auctions Lady and the Tramp 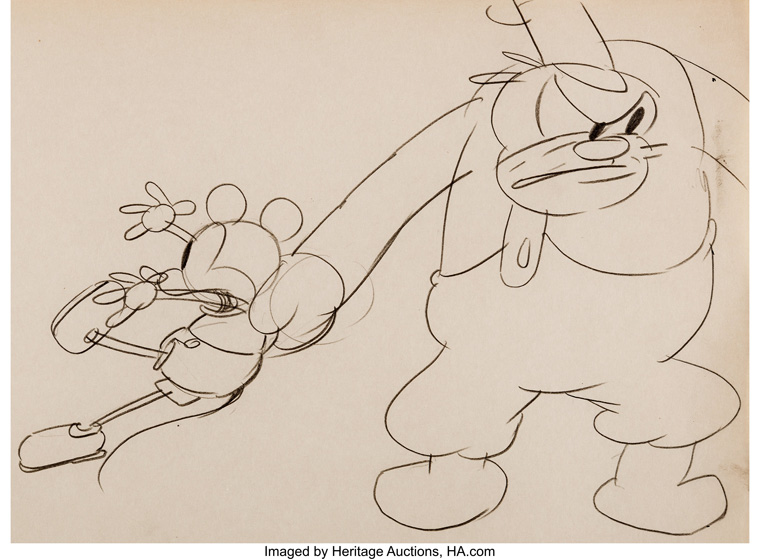 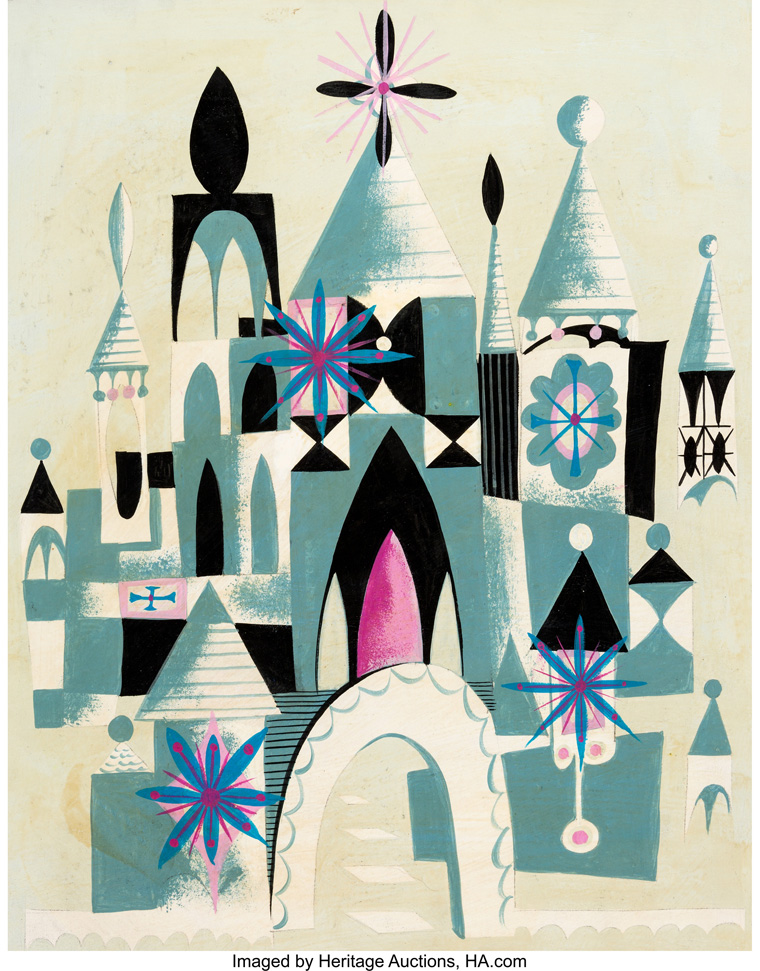 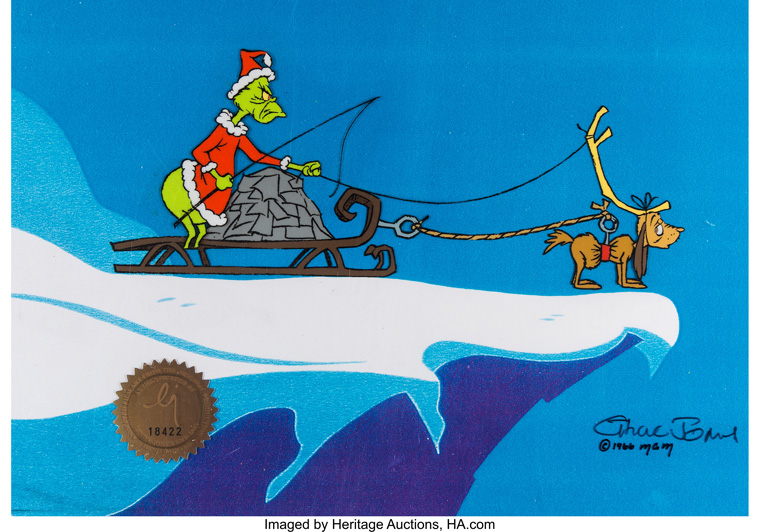