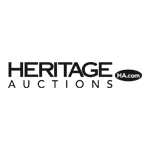 Rare original animation art from the first TV appearance by Charles M. Schulz’s Peanuts characters will be offered at the Beverly Hills’ Heritage Auctions on Wednesday (Nov. 20). The art goes back to the 1959 TV collaboration between Schulz, the Ford Motor company and Playhouse Pictures.

“It was actually in a box marked ‘Ger’s stuff,'” said Gerry Woolery, who has consigned the art to auction with his brother, Ted. “I really had no idea that it was there. Just like every studio—Disney, Warner Bros., Hanna-Barbera—we threw most of it away over the years. There wasn’t much of the Peanuts art left, but we knew it was historical and we made sure to put it away.”

The art includes an Opening Sequence Production Cel set-up from the very first spot featuring Charlie Brown and Schroeder, a production drawing group by Bill Melendez of the very first “Snoopy Happy Dance,” as featured in the commercials and a print of Charlie Brown and the Peanuts gang on beige card stock with a hand-written inscription from Schulz himself saying “For Playhouse with thanks for bringing us to life.”

“Schulz was meticulous when it came to his characters and any representation of them he did not draw,” said Jim Lentz, Director of Animation Art at Heritage, “so this was a huge deal for him and that little note, which you can see from the four thumbtack holes in the corner hung at Playhouse for many years, was huge praise coming from Schulz, a notoriously non-effusive guy. There’s no arguing that Charles Schulz’s Peanuts is the most influential comic strip in history, or that Charlie Brown’s impact on cartoons was any less spectacular,” he said. “You can certainly bet the hardcore collectors have already taken note. For material of this rarity, however, they’re going to have a lot more competition from unlikely sources than they’re used to. This isn’t just a cartoon, it’s pop culture history.” 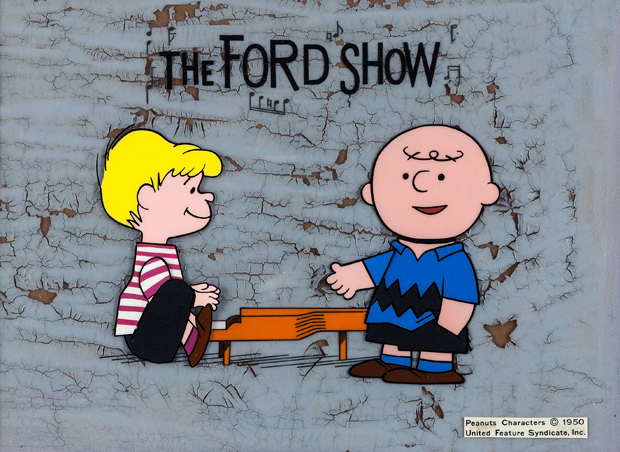 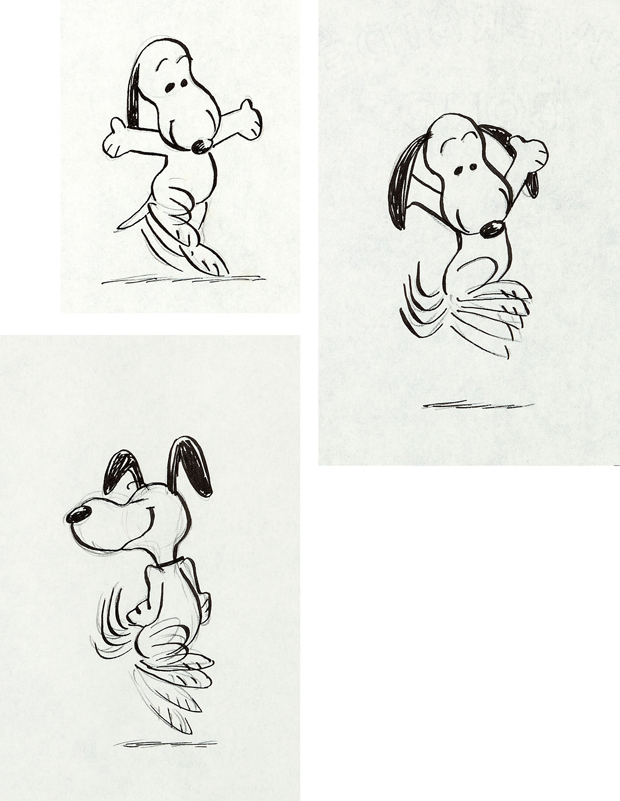 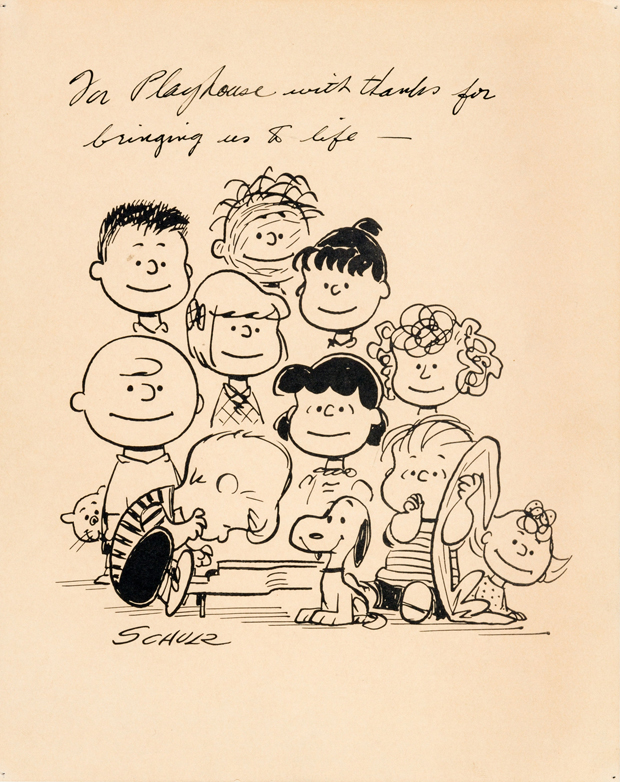