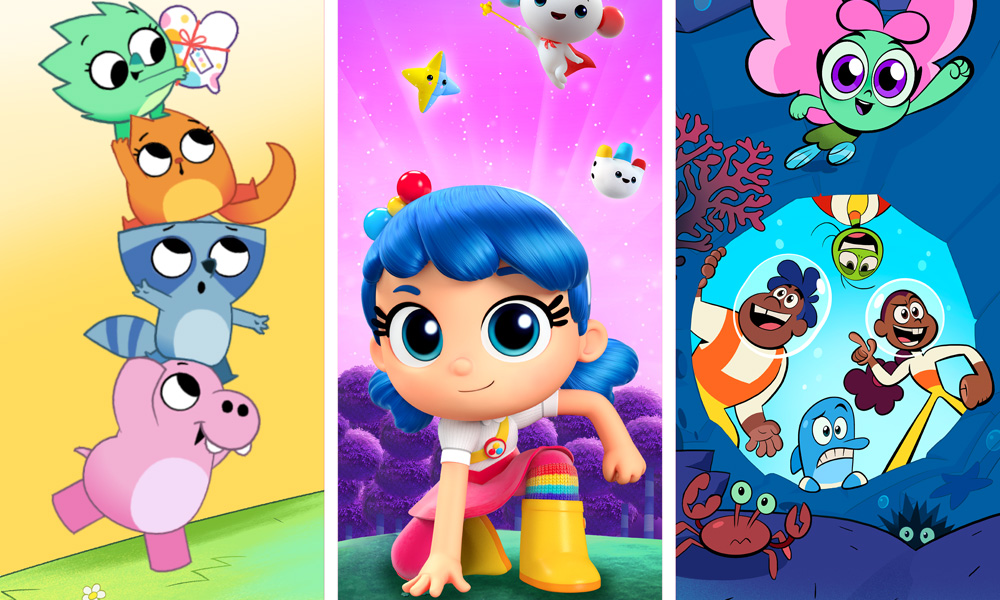 Children’s entertainment leader and the animation studio behind hits like PAW Patrol will be bringing its biggest slate of original series ever to MIPCOM 2018. The lineup includes its newest preschool series Pikwik, which will air on Disney Junior U.S. and recently signed a U.S. second window deal with streaming service Hulu; Big Blue, a comedy-adventure series greenlit by CBC; and the Netflix Original preschool hit True and the Rainbow Kingdom which in just a few months has become a top-rated kids show on CBC in Canada.

“This has been a tremendous year of creative growth for Guru,” said Frank Falcone, President and Executive Creative Director. “We’re bringing our strongest and most diverse slate of originals and starting to tease out the new slate currently in early development.”

Pikwik (52 x 11’, ages 2-5): Every day brings a new surprise as thoughtful leader Suki the Hedgehog and her team, Trevor the racoon, Hazel the cat, and Tibor the hippo help deliver surprise-filled parcels to the colorful residents of Pikwik. Pikwik will air on Disney Junior US, Australia/New Zealand, Korea and India. The series will also stream in the U.S. exclusively on Hulu following its run on Disney.

Big Blue (52 x 11’, ages 5-9): The comedy-sci-fi adventure series follows sibling underwater adventurers Lettie and Lemo, who lead a quirky submarine crew with a magical ocean fairy stow away named Bacon Berry while they explore and protect the denizens of a vast ocean-covered planet. Big Blue is set to debut on CBC Kids and ICI Radio-Canada Télé in 2020.

True and the Rainbow Kingdom (20 x 22’, preschool): Compassionate 8-year-old hero True and her best friend Bartleby the cat unlock the power of magical wishes to rescue the whimsical citizens of the kingdom. True and Bartleby’s comedic adventures empower girls and boys to be mindful, courageous and respectful of all living things.

Justin Time (74 x 11’ episodes & 2 x 22 mini movies, preschool): Justin and his imaginary pals Olive and Squidgy travel in time to every corner of the world as Justin’s imagination catapults them into larger-than-life historical adventures. The series draws on the timeless themes of fun, friendship and adventure. The two-time Emmy-nominated series now airs in more than 138 countries worldwide.