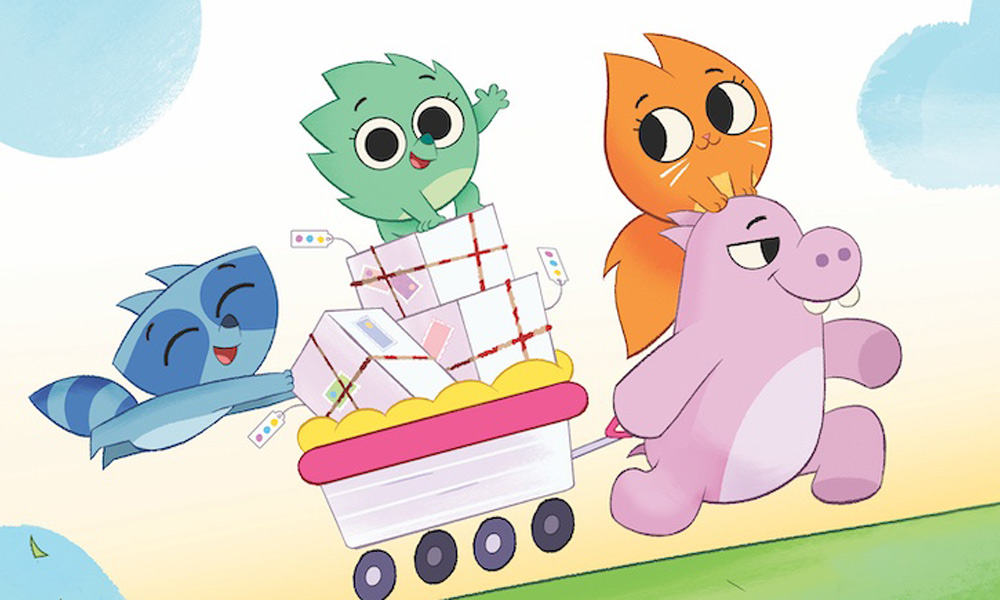 “We’re delighted to announce these two World Premiere TV Screenings at MIPJunior, in association with ZDF Enterprises and Guru Studio. This eclectic selection responds to our clients’ demands for everything from pre-school animation to teen live-action,” said Lucy Smith, Director of MIPJunior.

Pikwik (52 x 11’) follows four adorable animals – Suki the hedgehog, Axel the raccoon, Tibor the hippo and Hazel the cat – as they deliver magical packages filled with love to the kind citizens of Pikwik Cove. Every day brings a new surprise!

The 2D animated show is set to air on Disney Junior in the United States, Australia/New Zealand, India and Korea as well as on Treehouse in Canada. Playmates Toys is also on board as the global master toy partner. Guru Studio is distributing the series globally.

“We are honored to have Pikwik chosen for a World Premiere at this year’s MIPJunior. We’ve created a series filled with adorable characters and packed with big adventure that shows children the value of teamwork and cooperation. We can’t wait to debut this exciting new series at MIPJunior,” said Frank Falcone, President and Executive Creative Director at Guru Studio.

The World Premiere TV Screening of Pikwik will be held at the JW Marriott Hotel on Saturday, October 12.

Heirs of the Night (13 x 26’) is set in the late 19th century, when the five remaining vampire clans in Europe learn that they need to unite to avoid extinction. The young heirs join forces at a vampire school on a ship, where they learn from each other to beat Dracula and the feared Redmasks, and face the vampire hunter Van Helsing.

“We are extremely proud that the series Heirs of the Night will have its World Premiere TV Screening at MIPjunior this autumn. It’s the very first European high-end vampire series for 10-years upwards, and moreover one that is created in partnership with three European public broadcasters. The world premiere slot in Cannes is a great platform to show the world our daring, fast-paced and engaging show for this target audience, an audience that we take very seriously,” said Fleur Winters, Co-CEO and Producer, Lemming Film.

The World Premiere TV Screening of Heirs of the Night will be held at the JW Marriott Hotel on Sunday 13 October. [Trailer]