The 2016 Annecy festival and market will welcome a very special guest to the charming French burg this summer, with organizers announcing that award-winning filmmaker and master storyteller Guillermo del Toro will present an exclusive Masterclass. This will include a reflection on his prolific career as well as the world’s first look at his latest project, DreamWorks Animation TV’s Trollhunters, due out on Netflix later this year.

Guillermo del Toro’s work has seen him wearing many hats as a director, screenwriter, filmmaker, producer and author across a variety of mediums — from novels and comics to TV and feature films. He has received many nominations and awards for his inventive, vibrant films including Cronos, Pan’s Labyrinth, Crimson Peak and Pacific Rim and won the hearts of comics and animation fans with the Hellboy theatrical features and animated movies, and by producing DWA’s Puss in Boots, Rise of the Guardians and Kung Fu Panda 3 as well as Jorge Gutierrez’s The Book of Life for Reel FX.

Premiering as a Netflix Original Series this year, DreamWorks’ Trollhunters will reveal del Toro’s latest fantastical storytelling world and introduce viewers to the residents of the fictional suburb of Arcadia, who discover a vast, mind-blowing other world hidden beneath their own.

The Masterclass with del Toro will take place Wednesday, June 15 at 4 p.m. and is open to Meetings and MIFA badgeholders (by reservation). The 2016 Annecy Festival runs June 13-18, and the MIFA market runs June 15-17. Visit annecy.org for more information. 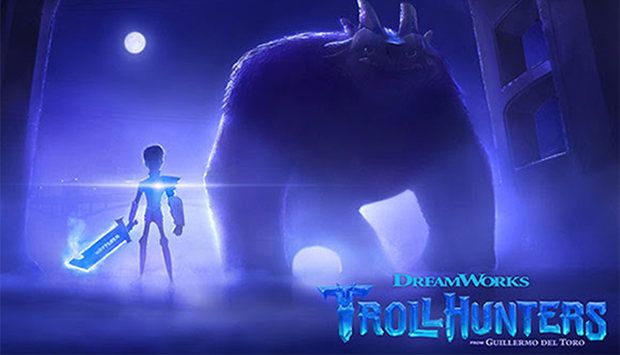