Italian producer Gruppo Alcuni will be attending MIPTV in Cannes next month with a hefty catalog of animated series, including new preschool show Mini Pet Pals — a prequel series to the company’s hit Pet Pals property, distributed in 137 countries worldwide.

Mini Pet Pals (52 x 6) is a Gruppo Alcuni original co-produced with Rai Fiction and directed by Sergio Manfio. The digital 2D animated series reintroduces the six Pet Pals as they’ve never been seen before: Top Hat still has braces, Nameless the chick has just hatched, Pio the frog is growing out of his tadpole phase, and even Holly the cat, Moby the dog and Diva the duck are quite small and helpless.

The series deals with themes of exploring emotions and the daily discoveries of young children. Each episode takes place on the playground and ends with an important lesson. The MIni Pet Pals are helped along by a wise grown-up tree that intervenes at the beginning and end of each episode, or whenever the youngsters need help or advice. The show also incorporates captivating original music, with six different opening themes that each holds a riddle that viewers can solve.

Gruppo Alcuni will be exhibiting at MIPTV as stand P4.B1, booth 403. 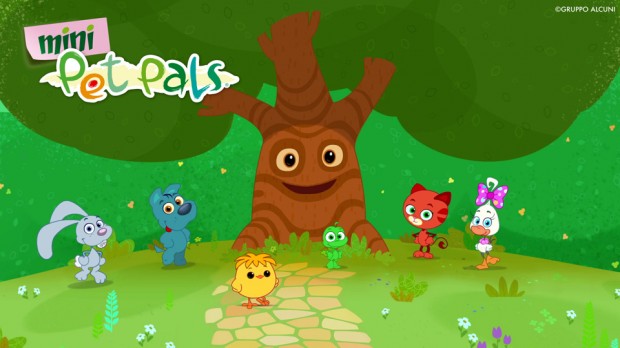