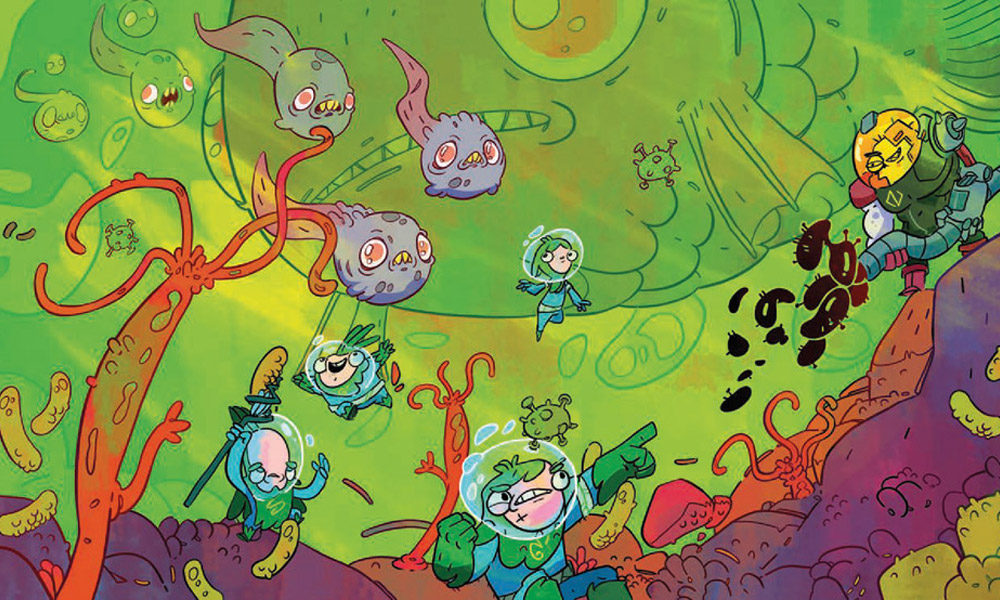 You are currently celebrating 75 years of Greek animation. Can you tell us a little bit about the special programs planned for this occasion?

Panayiotis Kyriakoulakos: We offered four programs of 45 minutes to 1 hour which were distributed to festivals first in Greece and later internationally, for example, we offered an anthology dedicated to women in Greek animation. Greece has a lot of young talented women artist like Anna Mantzaris, Effie Pappa, Irini Vianelli, Michaela Kakaridi Deligianni and Irida Zhonga from whom many were awarded at festivals. Zhonga granted an academic award by ASIFA Hollywood. In 2021, Irida Zhonga’s stopmotion/2D-film Man Wanted, a co-production between Estonia, Serbia, Albania and Greece (Magikon SA /ERT, Asterisk*, Nukufilm, Animated Society, Gargantua Films, Mali Budo) will also be released.

Do you see this as part of the growing attention paid to Greek animation in recent years?

Kyriakoulakos: Yes. I would say 2014 is the year this turning point started with the release of Dinner for Few by Nassos Vakalis and Stuffed Granny by Effie Pappa, both of which received several awards. These projects attracted projection to Greece. Vakalis’ new project is called The Target and Pappa’s new stop-motion project is called In Between. In the last five years, we have seen the development of a new stop motion community in Greece by the young generation. Yes, I would indeed say that we have witnesses more things happening in the last five to ten years, more than in the previous 70 years. The Greek animators now see that they are not alone.

How has this global spotlight impacted the output of Greek animators?

Dimitris Savvaidis: Because of all this new interest, my animation company Addart was able to produce 300 minutes this year. This would not have happened if ASIFA Hellas had not sent me Annecy where we started pitching, networking and going to markets outside Greece and co produce Nanonauts (TV series Children 4 to 6) with Hot Drop Films in Ireland. We are taken seriously. Studio’s outside Greece read about the new Greek incentives (40% cash rebate). This is also how Spain, Israel, Canada and the rest of the world work. In the past, our country didn’t had any of that. Before this we only could reach out with our work and hope this would be enough. After the experience at Annecy, Greek animation was accepted to Cartoon Forum, Cartoon Business, MIPTV, MIPCOM, in Hong Kong, Dubai and other global markets.

Which countries are currently interested in co-producing with Greece animation companies?

One of the key changes in this renewed attention was the April 2020 call from the Greek Ministry of Culture from which 25 projects were chosen. What is the status of these projects?

Aristarchos Papadaniel: These 25 projects are in the process of being produced and made by July of this year, thanks to support from the Greek Ministry of Culture.

Panayiotis Kyriakoulakos: Three or four of the projects were presented at this year’s Annecy Festival and Market.

Was this the first time the Greek ministry of Culture, in that sense, took animation seriously?

Panayiotis Kyriakoulakos: Yes, it was the first time that we had a lot of financing. Because of the COVID pandemic the Greek government supported not only animation, but also 50 live action short films and 25 documentaries. The ministry believes animation is now equal to cinema in general. With the call for 25 project they also started a research and development effort to support new directors making feature films and series in the animation industry (support with € 10.000 to 20.000 for each project in development). The Greek Ministry of Culture understands that there is something happening with Greek animation, not only in Greece but also abroad. They see that we have had a good presence in Annecy in the last few years, with lots of projects presented every year. Like us, the minister of culture Lina G. Mendoni sees the current development as a milestone with breakthroughs in the industry. Because of the COVID shutdowns, there has been a huge demand for animation in Greece.

[One of the existing Greek animated projects that was popular during the COVID-pandemic was A Letter – A Story, the first Greek educational animated series which taught the Greek alphabet and language through entertainment, made by Aristarchos Papadaniel and children’s book author Sophia Madouvalou in 2009. It was provided free through mobile phones and home computers for children who had to stay at home due to the pandemic.]

Dimitris Savvaidis: The most beautiful compliment the government gave to us was recognition and understanding what we do.

Here is a list of Greek animated projects in development and production, which were presented at Annecy this Year: 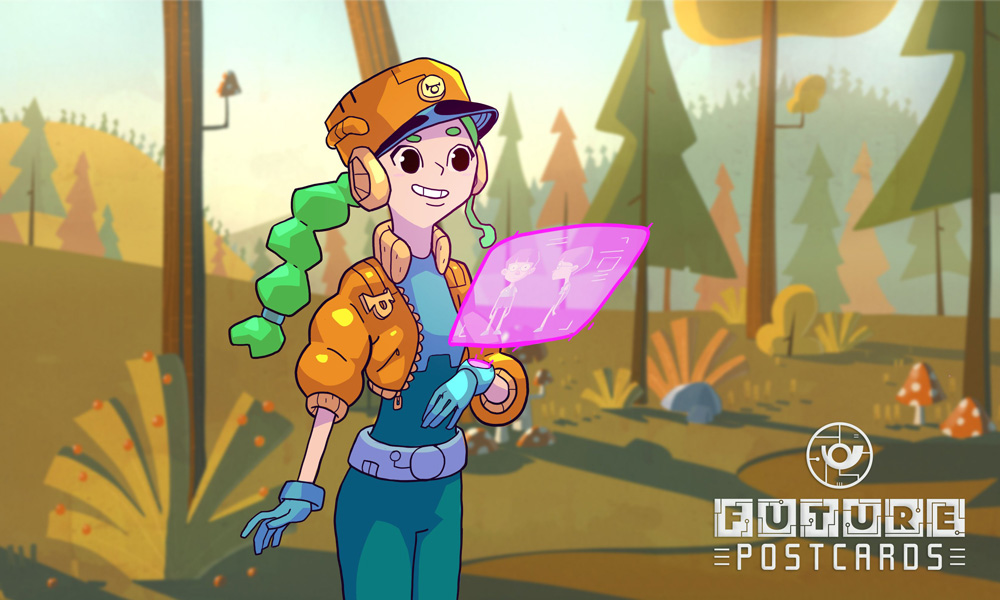 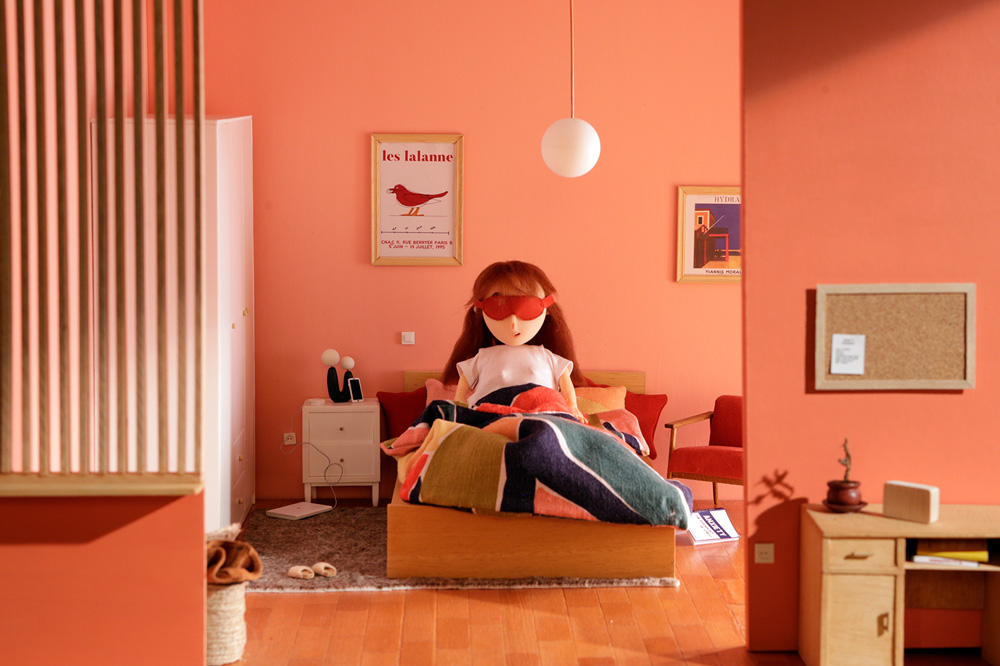 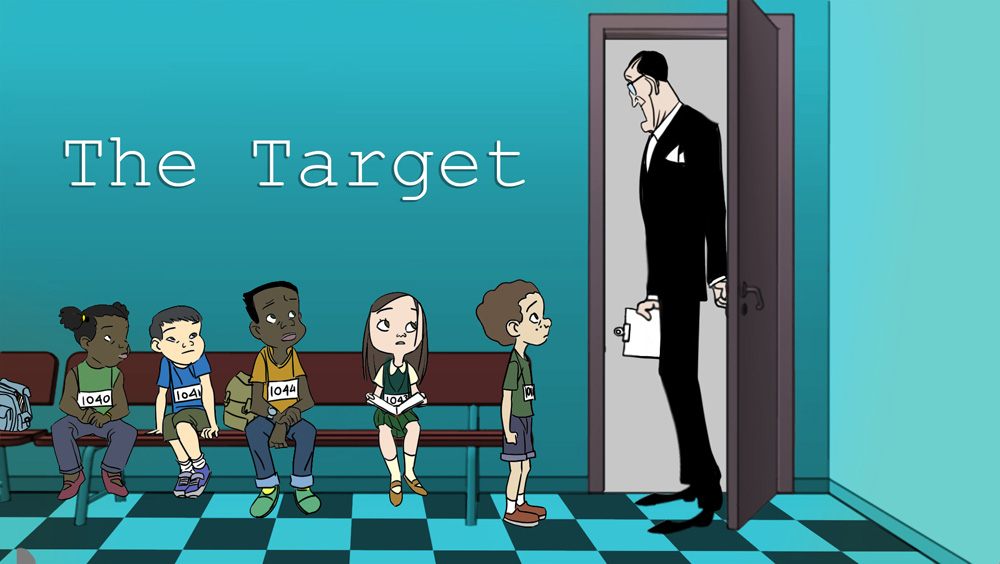