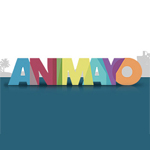 Damian Perea, director of the ANIMAYO International Festivals, does not entertain the idea that something may be too difficult to accomplish: He dwells in the world of the possible. Against the backdrop of festivals around Spain and the world struggling or closing their doors, he has continued to build the reputation and scope of this ambitious International Festival of Animated Films, VFX and Videogames. (www.animayo.com)

Damian’s passion for Animation and for his homeland are infectious and during my one week stay in Las Palmas, a busy modern city on the beautiful Island of Gran Canaria, I was able to rekindle old friendships and make many new ones and share in the culture, fabulous food and wine of the region. The hands on workshops and classes were insightful and practical, and provided attendees with a real-life look at what it takes to be in our business and realize your dreams no matter where you start or where you come from. (You can check out the full schedule for this year’s event at http://www.animayo.com/?accion=programa)

The week opened with, Alexander Petrov’s, 1997 short film, Mermaid, as a prelude to a workshop he offered later during the week. Alexander’s stunning demonstration of his technique and talent left the audience with mouths agape and misty eyes. The festival gave a rare glimpse into the genius of this venerated producer who over the years has created several Academy Award nominated, and winning shorts, including my all time favorite from 1989, The Cow. His technique of creating thousands of single frames with oil paint on glass using only his fingers is something to behold! Years ago, Petrov’s, adaptation of Hemingway’s story The Old Man and the Sea, was celebrated with an Academy Award, and given the Annecy prize along with numerous other tributes. Since then he completed in 2003, Winter Days with Fuyu no hi and My Love in 2006, written by Ivan Schmelyov. To access some of Mr. Petrov’s artistry and magic, visit http://www.pascalblais.com/en/directors/alexander_petrov.php?movies=Coke_Sundblom

Alexander came at the request of his longtime friend, collaborator and sometime producer, Pasqual Blais. Pascal is best known for his highly successful commercial production studio in Montreal; Pascal Blais Studios. Pascal and his partners Bermarnd Lajoie and Howard Huxhamn have focused primarily on commercial productions, both live action and animated. In addition to their many award winning commercials, they have taken on commercially successful TV and Feature projects such as Sylvain Chomet’s, La Vielle Dame et les Pigeons. Like their relationship with Petrov they have accessed the talents of some of the world’s best animation talents, including a new in house feature project they have in the works.

We will share more about that on this site, as soon as we have a green light from Pascal. In the mean time check out their many collaborations with talented artists from around the world, at http://www.pascalblais.co

Another awe-inspiring  presentation came from Roger Kupelian, whose scope of work includes vfx and writing for his own projects. He has contributed to Lord of the Rings, Alice in Wonderland, Men in Black 3, X-Men: First Class in which, Roger’s stunning matte paintings are key to the beauty, fantasy and majesty of these films. To check out his multi-media range of expertise and talent go to http://www.rogerkupelian.com

In a different realm of the VFX spectrum Pablo Giménez, one of the first to establish a course in Houdini and RenderMan for Spanish vfx students, wowed his audience with a Master Class showing the pipeline of comic book properties to the big screen. A tech designer on NextLimit, his early curiosity in CGI and 3D image production, has led him to a career that has spanned the globe contributing to International feature productions such as Captain America, Iron Man 2, G.I. Joe and most recently Snow White and the Huntsman. For the past two years, he has hung his hat at Double Negative in London where he’s working on the new 007: Skyfall.

Another Spanish native featured at ANIMAYO 2012 and more specifically, a Canarian from Las Palmas, Alberto Corral gave students a vision of his road to a Hollywood career at DreamWorks Animation. Alberto has worked on classics such as Shrek, Kung-Fu Panda, Madagascar and is currently at work on the 2014 DW release of Turbo. After stints in the UK at a Gaming company; in series TV, in Barcelona at Digital Legends and ultimately at BRB in Madrid he found himself working on The Missing Lynx and Planet 51. Like several of the artists listed in this Review, Alberto is a published author and accomplished director of four short films. www.albertocorral.com

Character designer and animation veteran extraordinaire, Carlos Grangel needs no introduction in the international animation world. After his early days as a comic book artist and illustrator in the 80’s for Disney publications, he was hired by Steven Spielberg’s Amblimation London studio. When three projects he had worked on did not make it to the big screen, he returned to his native city of Barcelona and opened Grangel Studio where he built a cutting edge team of style and character designer professionals. They focused their talents on commercial production and features working between 1995 and 2002 on one “Hollywood” blockbuster after another. In 1994 he created the characters for the short film The Periwig Maker, which led in 2001 to a job working on Tim Burton’s, Corpse Bride.  Designs for that film that are included in a collection at the Museum of Modern Art (MOMA) in NYC. His current projects include How to Train Your Dragon and Sony Pictures’ Hotel Transylvania. (for more information go to http://www.grangelstudio.com)

Speaking of character design, the average consumers of animated fare often don’t realize the contribution of costume designers to the art form. Alina Khanujian demonstrated that it is very important to hire a costume design professional in order to pull off a period piece or simply to keep your movie’s characters off of Mr. Black’s “list”. Now that almost all features employ CGI artists by the hundreds, the addition of a costume professional is imperative. Imagine Brave not having the research that went into the costume design! You can check out what Alina does at http://www.alinacostumes.com

Finally, so that we all can think outside the box, we met Patryk Kizny, a digital visual artist whose skills span many disciplines of visual creation including graphic design, photography, astronomy, movie design and time-lapse. In 2006 this talented director started Misme New Media, a creative interactive branding agency in his native country of Poland. Since 2010 he has also started LookyCreative, an independent, movie production studio. His collaboration with DitoGear (www.ditogear.com) a movie and time-lapse equipment Mfg. Company is sure to produce some interesting IP in the years to come.

Damian has big plans to take this festival on the road and Animation Magazine will continue to follow this energetic advocate for all forms of Animation in his pursuits around the globe, and especially back to the Gran Canarias next year. We hope to see you there! For more information about travel or location shooting in this beautiful place where every eco system is represented, contact: Carmen Díaz cadiazm@grancanaria.com  – www.grancanariafilm.com –  www.grancanaria.com

She will take care of your every need, as she did ours!

The list of awards from the extensive list of festival entries for this year are as follows.

Award for the best Independent short

Award for the best 2D short

Director Award for the best short

Award for the best VFX short

Award for the best Cinematic Spot

Award for the best Animation Spot

Award for the best VFX Spot

Award for the best Comedy short for all audiences

Award for the best Comedy short for adults

Award for the best Spanish short “Animation with Ñ”

Special mention from our Jury

Special mention from our Jury

Click here to see the winners of the 2011 edition.

Click here to see the winners of the 2010 edition. 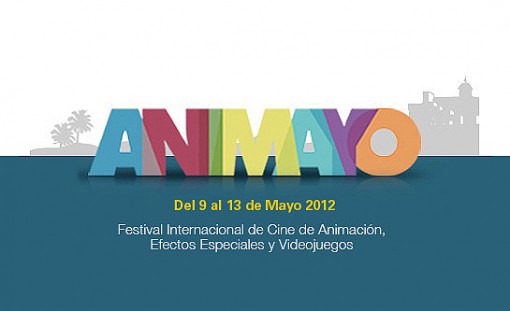