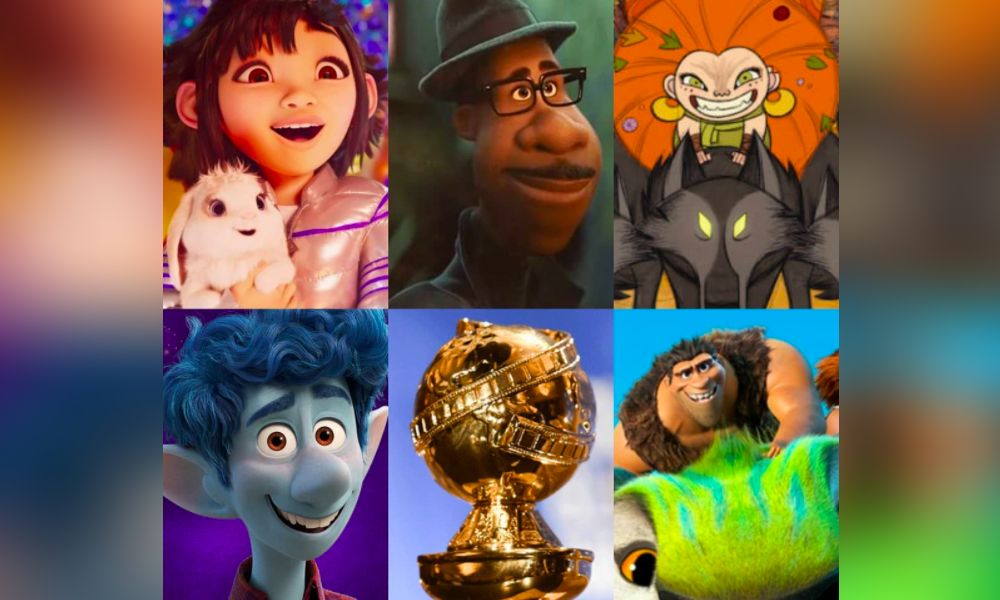 The Hollywood Foreign Press announced the five titles nominated for this year’s Best Animated Feature Golden Globe this morning. The announcement was made by Sarah Jessica Parker and Taraji Henson on the Golden Globe website and on The Today Show.

Missing from the mix were favorites such as Aardman’s A Shaun the Sheep Movie: Farmageddon, Studio Ghibli’s Earwig and the Witch and Netflix’s The Willoughbys.

The music of Pixar’s Soul (by Trent Reznor, Atticus Ross and Jon Batiste) was also nominated in the Best Score category, along with The Midnight Sky, News of the World, Tenet and Mank.

The Golden Globes are voted on by the approximately 90 journalists who make up the Hollywood Foreign Press Association (HFPA). The78th Golden Globes awards will air live coast to coast 8 p.m. ET, 5 p.m. PT o NBC on Feb. 28 and will be hosted by Tina Fey and Amy Poehler.

As reflected in the chart below, the Golden Globes are often good predictors of what the Academy Award voters will also pick as the Best Animated Feature of the year. However, last year, the HFPA voters opted for the underdog contender, LAIKA’s Missing Link, while the Oscar went to Pixar’s shoo-in Toy Story 4.

Pixar has had a solid record at the Golden Globes, so this year’s race will be a closely watched one between Soul, the hugely admired Wolfwalkers from the brilliant team at Cartoon Saloon and Netflix/Pearl Studio’s beautifully crafted musical Over the Moon.

A Look Back at ‘Oscars vs. Golden Globes’ Track Record