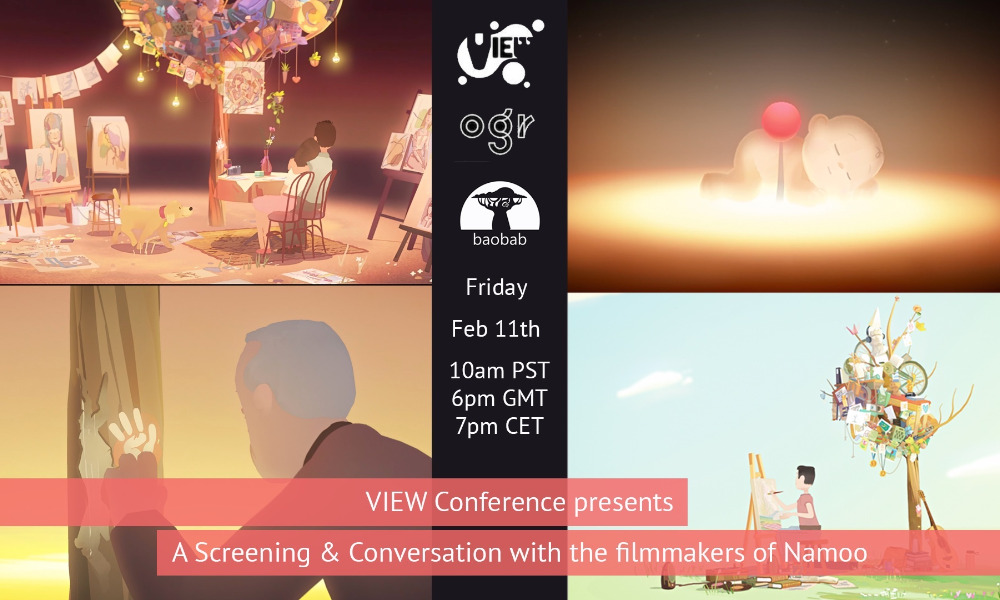 “Erick Oh is a visionary artist and filmmaker,” says Conference Director Dr. Maria Elena Gutierrez, “and Namoo is his most moving work yet. As soon as I heard that Erick would be working with the incredible creative team at Baobab Studios, I knew the results would be spectacular.”

Click here to register for free to attend the virtual screening & conversation on Friday, February 11 at 10 a.m. PST / 6 p.m. GMT / 7 p.m. CET. (You can also check out the full-color The Art of Namoo ebook here for more insight into the highly personal and inventive “narrative poem.”) Having recently won the Gold List Award for Best Animated Short, Namoo is now available to stream on HBO Max. 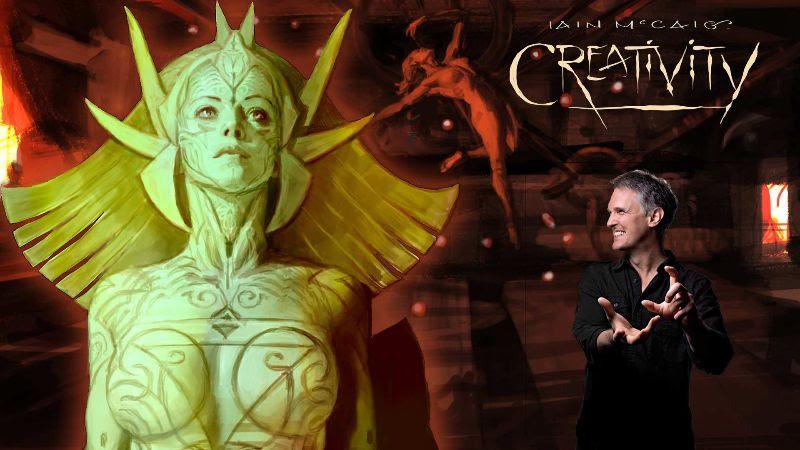 Celebrated concept artist Iain McCaig (Star Wars franchise, Guardians of the Galaxy, The Jungle Book) returns to The Gnomon Workshop to continue his two-volume CREATIVITY workshop series, chronicling his complete process from creating an original story through to full fleshed-out characters and worlds. These sessions follow as McCaig crafts the elements of a last-man-on-Earth / Frankenstein love story, Pyg.

Following on from CREATIVITY: Story & Character Development, McCaig continues the discussion of how to be creative and develop your own creativity with a look at Creature and World Design. This second volume details the design of not one but two creatures: Pyg’s robot wife creation, and a mysterious alien from outer space. Additionally, Iain delves into the creation of Pyg’s world: a rather strange art studio-laboratory environment. The workshop is available to watch now for Gnomon subscribers here. 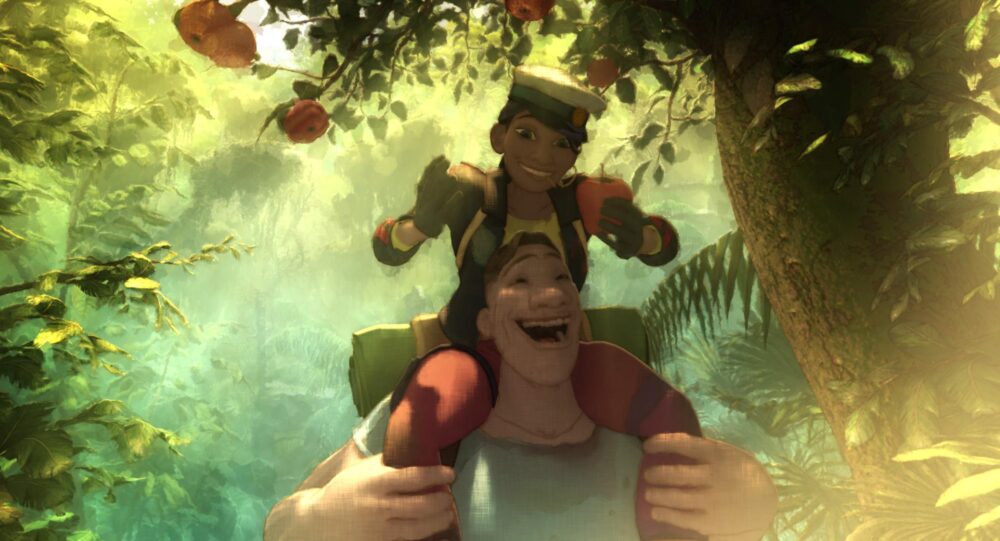 Italian pubcaster-distributor Rai Com unveils the latest titles to be presented during the Berlinale EFM 2022 from February 10-17 (efm-berlinale.de). The line-up includes the latest intriguing and artistic animated tale from award-winning director Alessandro Rak (Cinderella the Cat). Presented in Competition at the 74 Locarno Film Festival, Yaya & Lennie – The Walking Liberty is an animated tale set in a post-apocalyptic world with a stunningly unique visual style, produced by Nexo Digital. Screening Feb. 15 at 11 a.m. in Virtual Cinema 1.

Synopsis: The world has come to an end. Nature has taken back possession of the planet, covering it in a blanket of jungle. A new society, the “Institution”, is attempting to thrive from the ruins of the old world and strives to reinstate a sense of order. But not everybody accepts to succumb to a process of civilization. The protagonists of the story, Yaya and Lennie, the free spirits of the jungle, are striving to find their place in the world. Yaya is an intelligent 15-year-old girl of mixed ethnicity with an uncouth character who takes care of Lennie, a big and tall man in his 20s with a mental disability. 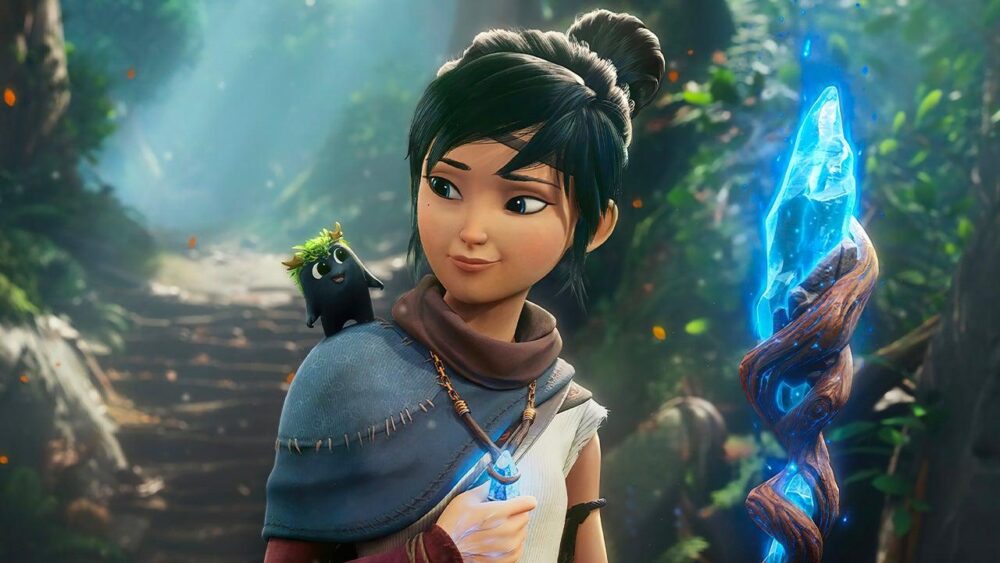 The South by Southwest Gaming Awards (SXSW, sxsw.com) has announced the Final Nominees across 12 categories for its ninth annual edition. The SXSW Gaming Awards will be produced by Georgia-based Peach Maria Productions, executive produced by Laurie Lockliear (upcoming esports reality series GameMaster), and offered digitally as part of SXSW Online on March 12, 2022 at 7 p.m. CT, during the overall March 11-20, 2022 festivities. Public voting is open here until Feb. 8. 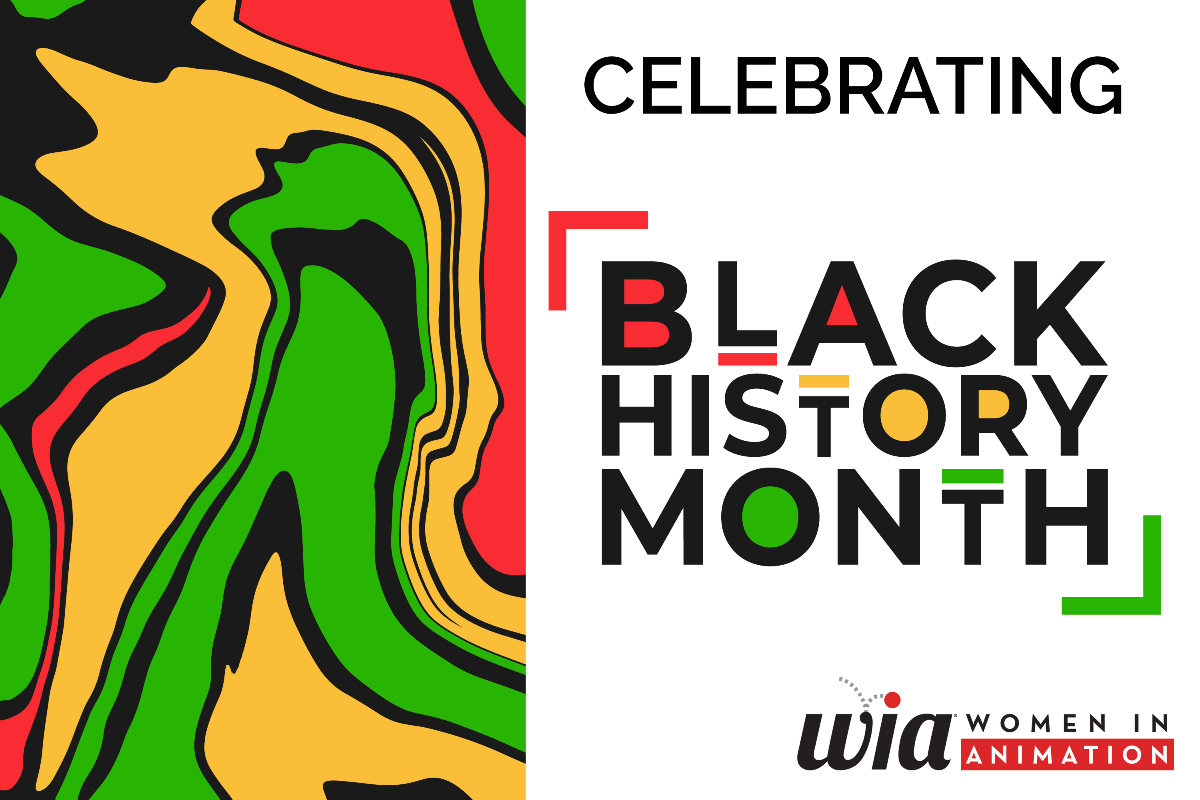 As part of the org’s ongoing commitment to advocate for and uplift marginalized communities in animation, Women in Animation is honoring the industry’s trailblazing women of color throughout Black History Month. The series launched Tuesday with a spotlight on Brenda Banks, one of the first Black women to work as a professional animator, with credits ranging from Hanna-Barbera’s Heathcliff to Ralph Bakshi’s Wizards, and a 2018 recipient of the WIA Diversity Award. Follow the project at womeninanimation.org and WIA’s social feeds. 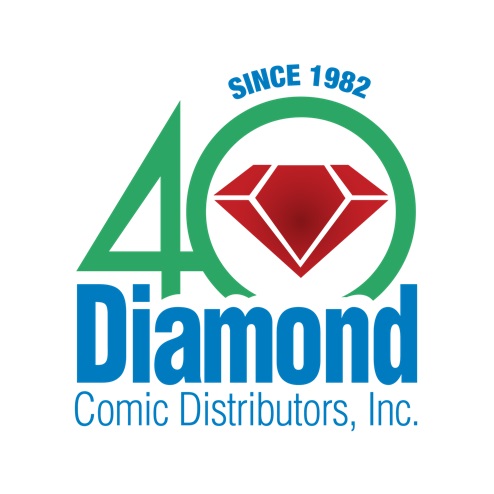