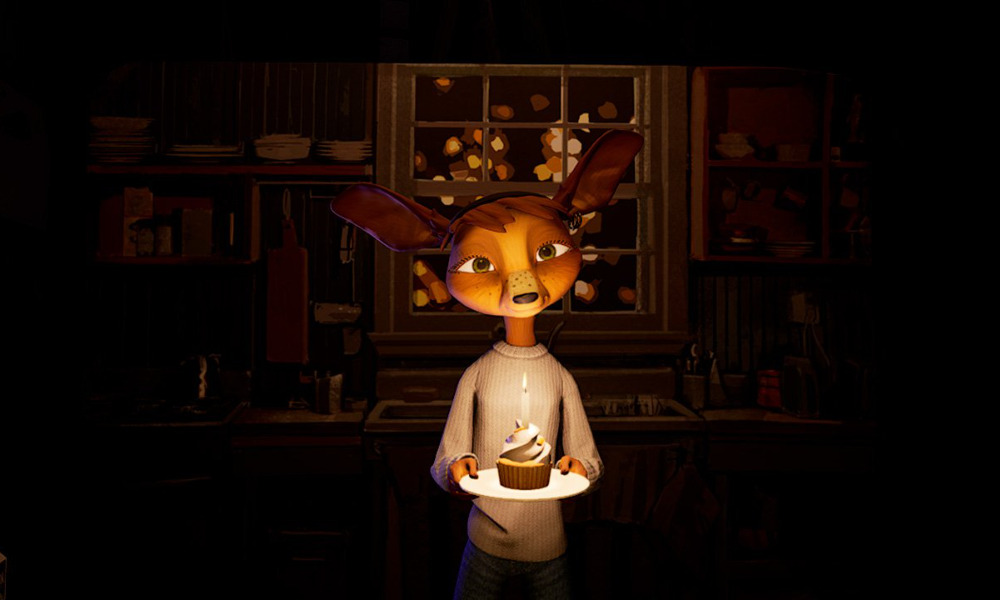 Starring Lucy Boynton and Taron Egerton, 'Glimpse' is one of the XR projects selected for Annecy 2022.

Annecy 2022 (June 13-18, annecy.org) revealed its XR@Annecy program for the Festival and Mifa market, plotting a journey that will take attendees through immersive animation in all its forms, aesthetics and narratives. In addition to the titles in competition, Mifa is presenting four conferences on immersive creation (Tues., June 14, 9:30 a.m.-12:30 p.m.) plus an expanded New Technologies Area and new XR@Mifa event space. The Official Selection comprises eight projects, selected from 91 submitted from 30 different countries: 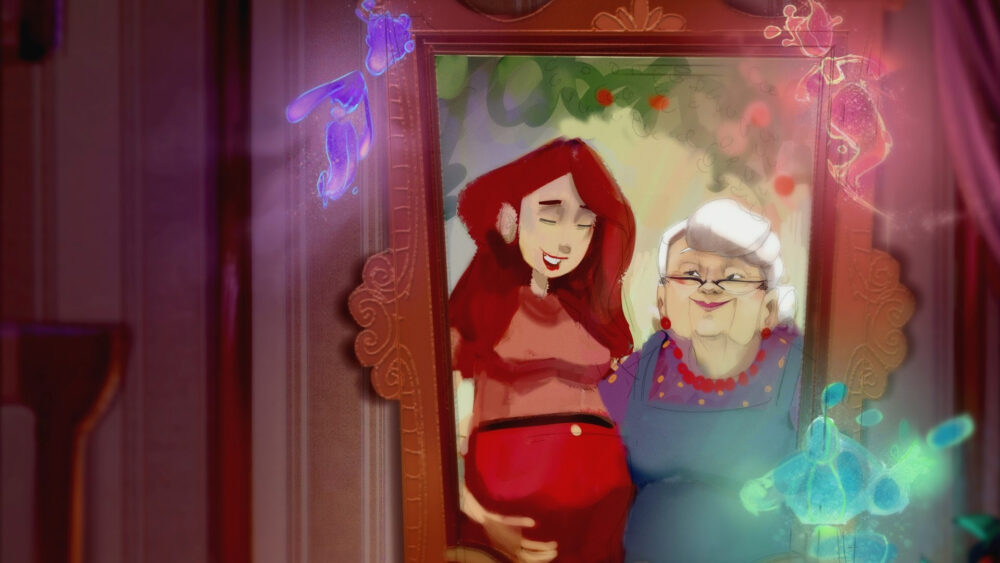 Annecy’s WIP XR 2022 lineup will showcase two narrative VR experiences that put the user in the hero’s POV. The selection committee notes that both projects stand out for their high graphic ambitions, realistic storytelling and how they are tailored to the immersive medium. 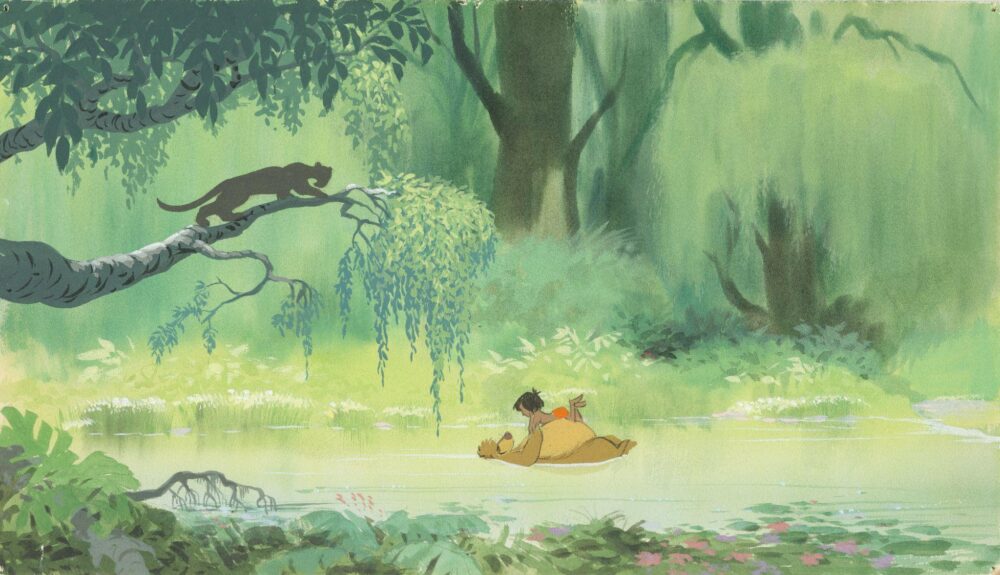 The Walt Disney Family Museum announced its next major special exhibition, Walt Disney’s The Jungle Book: Making a Masterpiece, in celebration of the beloved Disney animated classic’s 55th anniversary. Guest-curated by Disney Legend Andreas Deja, the show will debut on Thursday, June 23 in the Diane Disney Miller Exhibition Hall. The exhibition will explore the creative complexities behind the making of The Jungle Book (1967), including the unique personalities of each character and their voice actors, the rich artwork and cutting-edge animation techniques, the memorable original songs by the Sherman Brothers and Terry Gilkyson, the impact of Walt’s passing during production, and the film’s enduring popularity and influence. 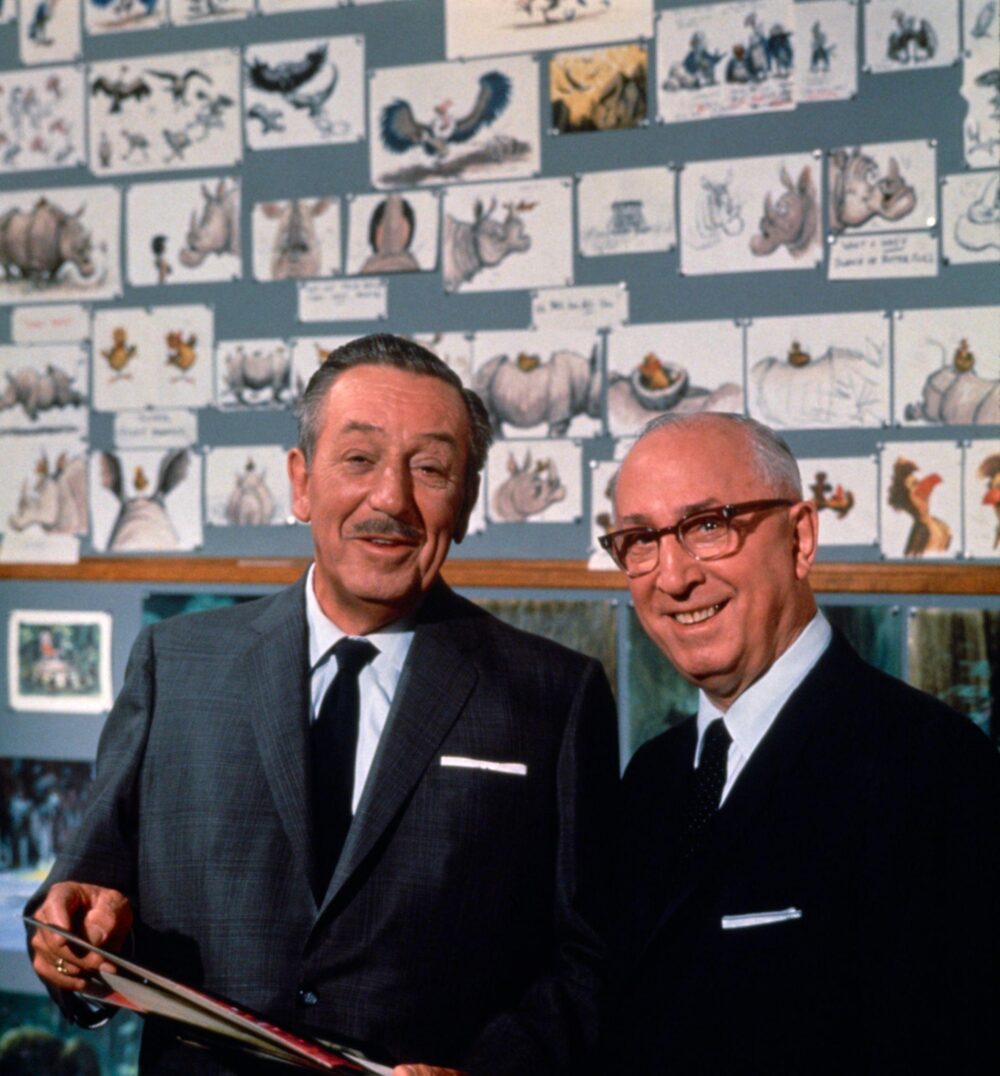 Over 300 rare artworks and ephemera will be on view, including original animation drawings and cels on loan from animation enthusiast and collector Mike Glad, retired Disney Creative Director and animator David Pacheco, and Deja’s own collection. An array of maquettes, model sheets, pencil tests, story sketches, concept art, behind-the-scenes photos and documents, American and international movie posters, and merchandise will also be on display, as well as archival film clips and interviews. To enhance their experience, visitors can immerse themselves further in the exhibition through in-gallery interactive elements and engaging wildlife and film-themed activities.

Walt Disney’s The Jungle Book: Making a Masterpiece will be on display from June 23, 2022 through January 8, 2023. Ticket reservation details will be available soon at waltdisney.org/jungle-book. Running concurrently with this exhibition, the Museum presents its first Cause Awareness exhibition,Creative Conservation: The Art of Endangered Animals. In partnership with five wildlife sanctuaries located around the world, this exhibition features abstract and pawprint creations by rescued and rehabilitated animals in the Lower Lobby and Theater Gallery, from Friday, April 22. 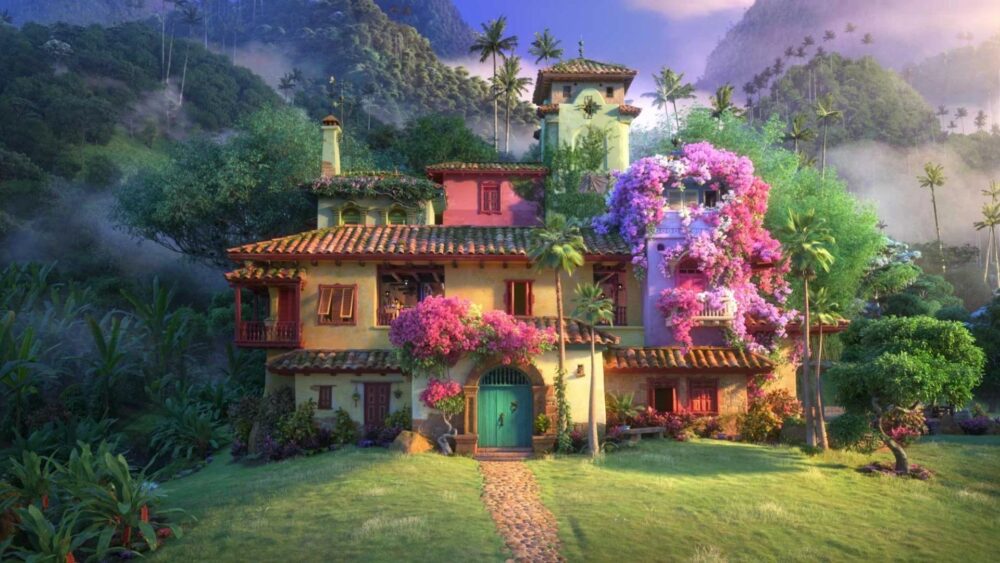 Attendees can also gain insights into virtual production as well as a range of emerging entertainment technologies in the “Changing the Game” track, with sessions on Unreal Engine 5, the innovation of William Joyce’s DNEG Animation collaboration, BRON Digtial’s real-time production slate and speculation on the Metaverse. 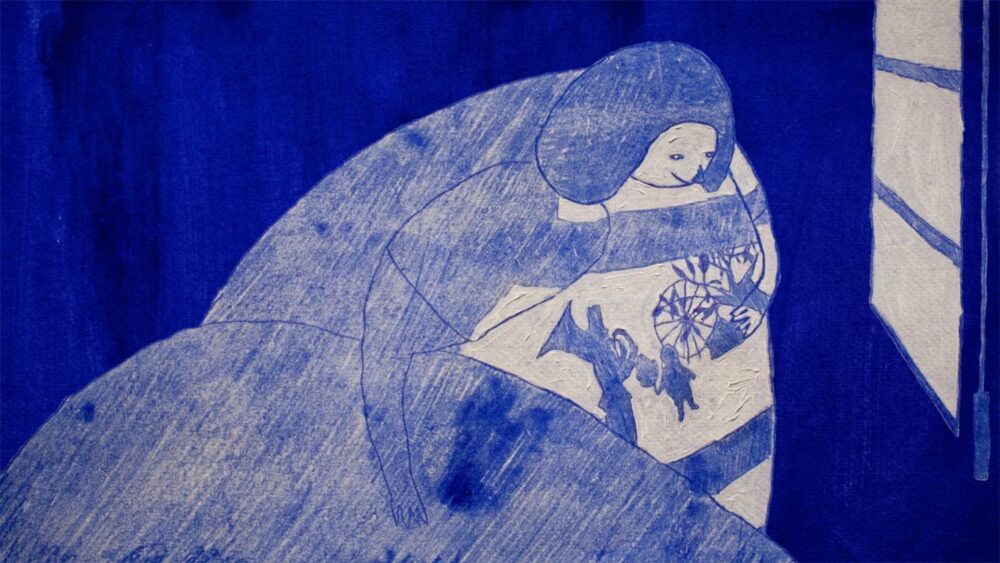 World Festival of Animated Film – Animafest Zagreb 2022 (June 6-11, animafest.hr) announced the films selected for the Films for Children Competition. The central event of the rich Animafest Zagreb 2022 Children and Youth Program, the competition is made up of an international selection of 41 films. The selection includes warmly received festival favorites like Franzy’s Soup Kitchen (Ana Chubinidze), Suzie in the Garden (Lucie Sunková), Elevator Alone (Anastasia Papadopoulou) and My Grandmother Is an Egg (Wu-Ching Chang).

The films were preselected by Nino Kovačić and selected by the Slovenian media psychologist Martina Peštaj, editor of Children and Youth Programming with Radio Television Slovenia, who categorized the entries into sections for four age groups (3-6 years, 7-10, 11-14, 15+). See the full selection here.

“Space Nomblers” by  Kris Theorin was the winner of the Infinite Journeys challenge.

Maxon congratulated Kris Theorin and Euan Morrison on winning Clinton Jones (a.k.a. PWNISHER)’s latest 3D community creative challenge: Infinite Journeys. With more than 2,000 entries, the YouTube contest challenged 3D artists to build their own custom scenes based on only the phrase ‘infinite journeys’ and the stipulation that the animation must contain a moving vehicle.

At the conclusion of the contest, Clinton merged all the entries together to create an epic character-based 3D travel montage, then parsed out the top 100 (watch here) to ultimately land on first, second, third, fourth, and fifth place winners. In the end, 2,448 artists worked for a collective 18.8 years over 30 days to create nearly three hours of infinite journeys.

The winning render follows a “Space Nomblers” idea. Featuring a purple-haired character feeding a likewise purple creature in space (ending in a delightful surprise), Theorin says his scene is “a cross between the turret fight scene from Star Wars: A New Hope and the Luma feeding mechanic from Super Mario Galaxy.” 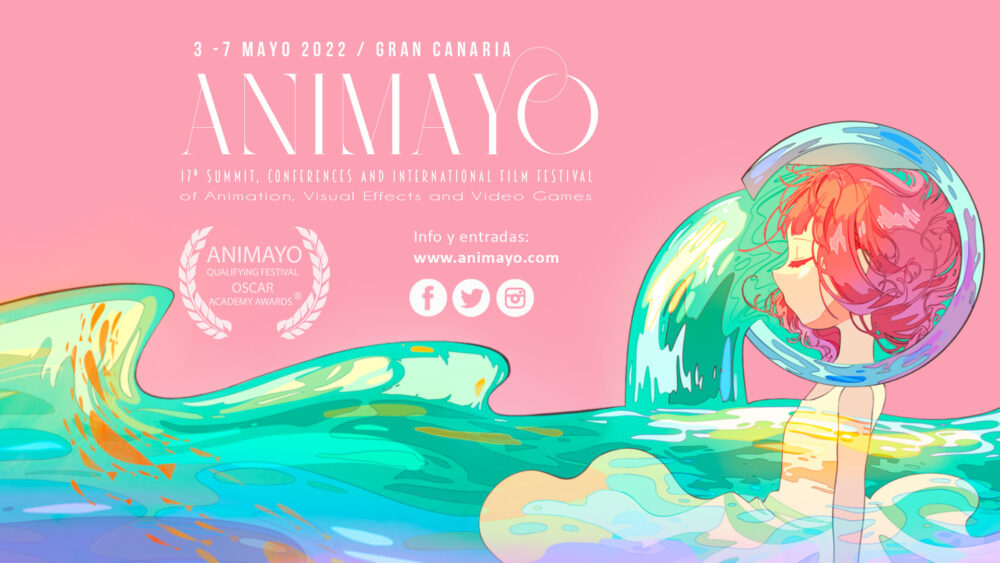 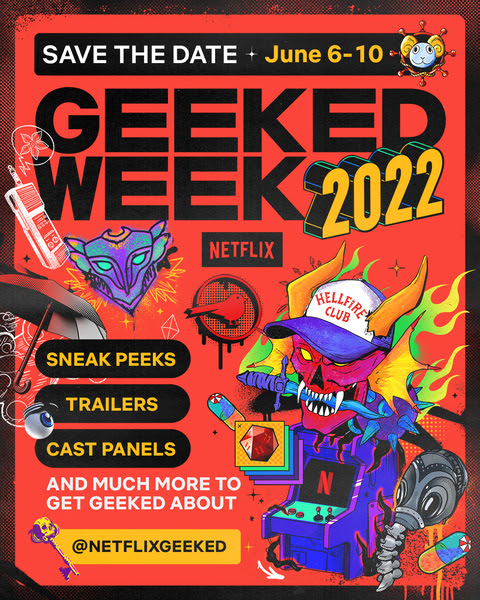