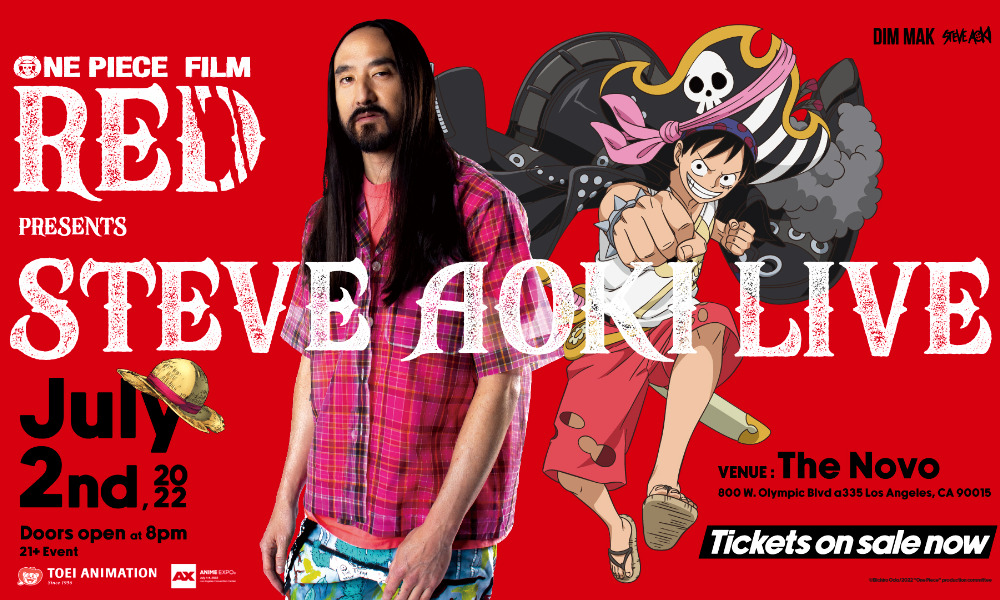 The legendary Toei Animation studio, in collaboration with the Society for the Promotion of Japanese Animation (SPJA) announced an exclusive Anime Expo (anime-expo.org) performance by two-time Grammy-nominated artist Steve Aoki to promote the upcoming release of One Piece Film Red, which will take place on Saturday, July 2 at The Novo in L.A. Live.

Tickets to the event will be available exclusively to Anime Expo attendees. Premier Fan badge holders have early access to tickets now at showclix.com, with tickets for General Attendee badge holders opening on Thursday, May 12 at 12 p.m. Pacific. 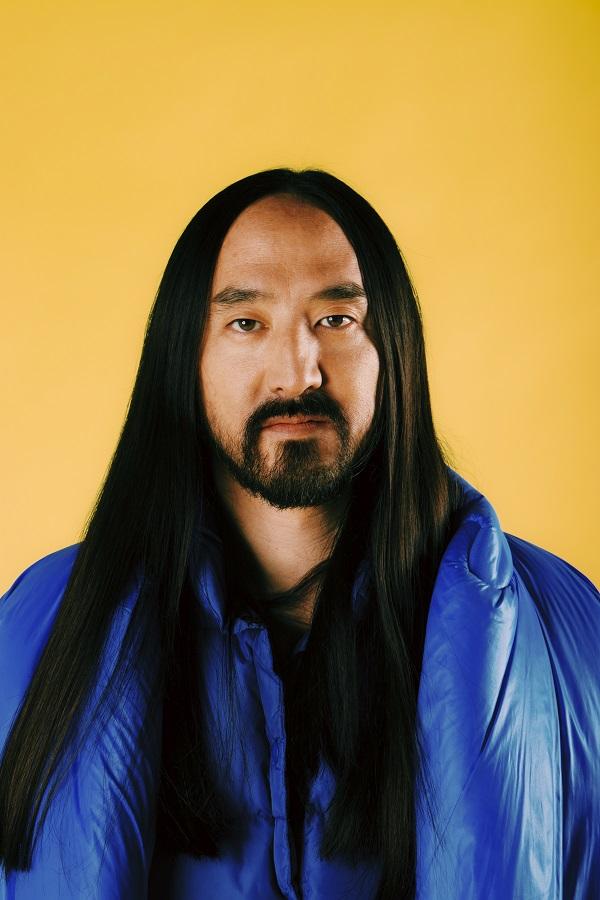 “I have been a huge fan of Toei Animation from as early as I can remember One Piece holds a special place in my heart because I have always been impressed by the resilience and determination of Luffy. His happy-go-lucky demeanor in the face of adversity inspired me in many ways,” said Aoki. “Having this opportunity to join forces with Toei Animation to commemorate their upcoming One Piece Film Red is an immense honor. Not only am I performing during Anime Expo, but my brand Dim Mak is also releasing a merch collab at the same time!”

One Piece Film Red is the 15th film from the worldwide hit anime franchise, based on the One Piece manga series created by Eiichiro Oda. First announced on November 21, 2021, Red will be produced by Oda and Toei Animation, and directed by Goro Taniguchi. The movie is scheduled to premiere in Japan on August 6. 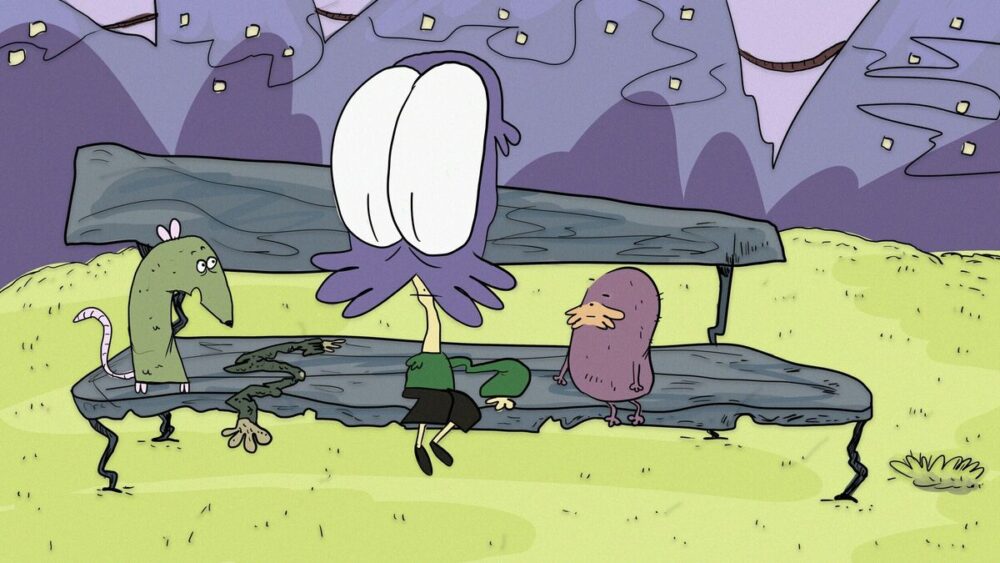 The Mammoth Lakes Film Festival (MLFF, mammothlakesfilmfestival.com) announced that their eighth iteration will take place in-person from May 25-29, at venues across Mammoth Lakes, California. “We scoured our submissions and reached out into the bigger world to find the most original, stylish, heartfelt and compelling work, made by filmmakers with a wide variety of backgrounds and life experiences,” said Director of Programming, Paul Sbrizzi. “We pride ourselves on going beyond established, recognizable brands to focus on raw and innovative filmmaking.”

This selection includes 25 animated shorts across the Short Film Program, as well as animation/hybrid features in competition: 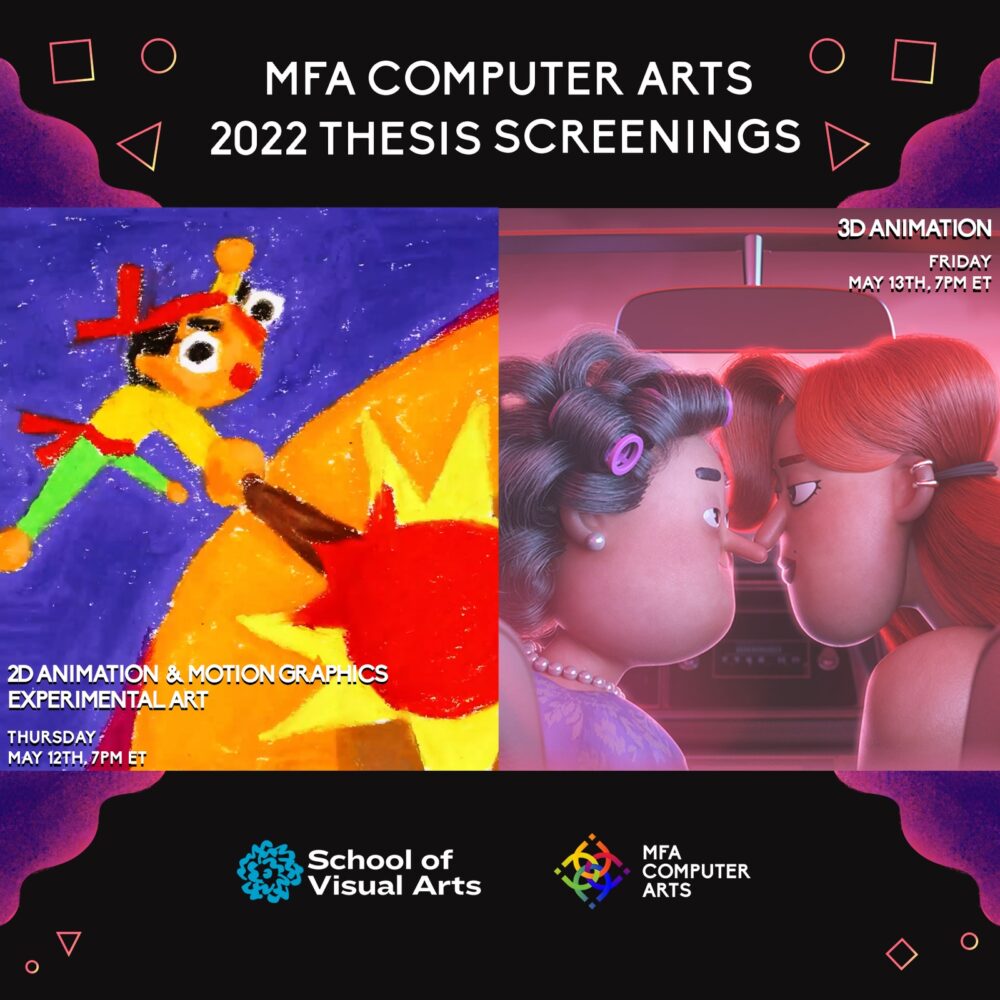 This showcase of 40 thesis projects incorporates a variety of media, materials and cutting-edge technologies that address a range of topics, including: ◆★PILIPALA●▲, a 2D traditional animation celebrating the Chinese spring harvest festival by Yinan Liang; Still, life, an interactive video installation examining networked relationships between humans, plants and technology by Juan David Figueroa; and One Night Out, a 3D animation where relationships are revealed in unexpected twists and turns by Hannah Seungah Yoo. More details here.

Then, the Hollywood crowd can check out the 2022 SVA Premieres Showcase on Thursday, June 2 at the Linwood Dunn Theater at the Pickford Center for Motion Picture Study, where animators, artists and filmmakers from the school will be on hand to discuss their work. Following a cocktail reception at 7 p.m. PT, the screening will feature specially selected work by new graduates, including the BFA Animation, MFA Computer Arts and BFA Computer Art, Computer Animation & Visual Effects programs. RSVP here. 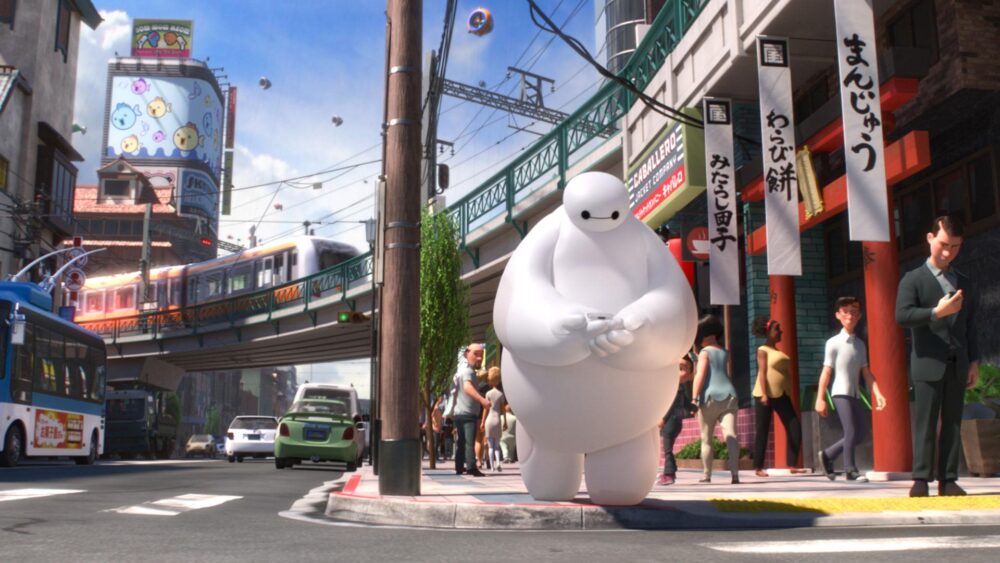 With all the heart and humor audiences expect from Walt Disney Animation Studios, Big Hero 6 is an action-packed comedy adventure that introduces Baymax, a lovable, personal companion robot, who forms a special bond with robotics prodigy Hiro Hamada. When a devastating turn of events catapults them into the midst of a dangerous plot unfolding in the streets of San Fransokyo, Hiro turns to Baymax and his diverse group of friends — adrenaline junkie Go Go Tomago, neatnik Wasabi, chemistry whiz Honey Lemon and fanboy Fred — who transform into a band of unlikely heroes. (Rated PG) 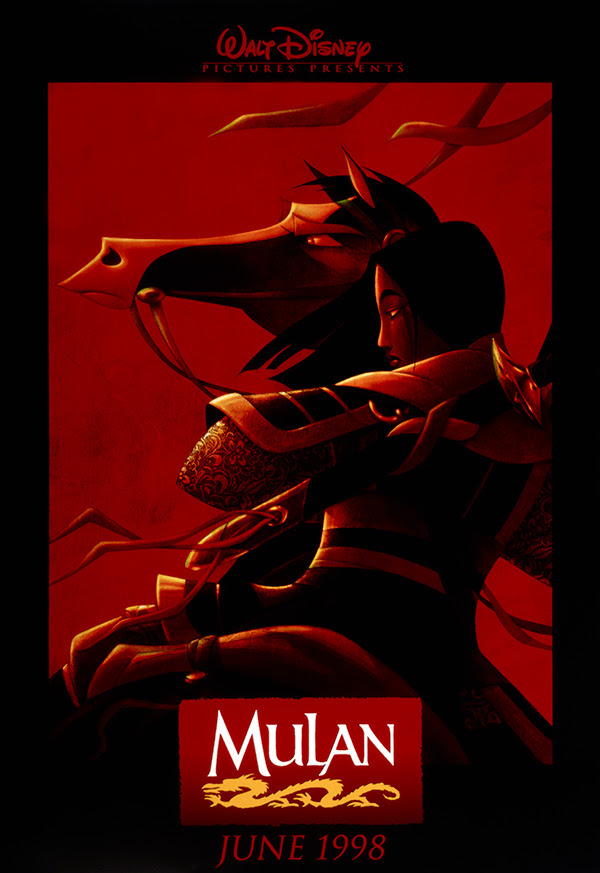 Meanwhile in San Francisco, The Walt Disney Family Museum is celebrating AANHPI Heritage Month with screenings of the studio’s 1998 2D animated classic Mulan all month long. The film is a beloved retelling of a classic Chinese tale of one woman’s determination to defend her family and country while fighting gender stereotypes.

Showtimes are Saturdays and Sundays through May 29 at 11 a.m., free to members and children ages 5 and under, $10 non-members, $8 for non-member youth and $5 with general museum admission or member guest. Tickets on sale now. 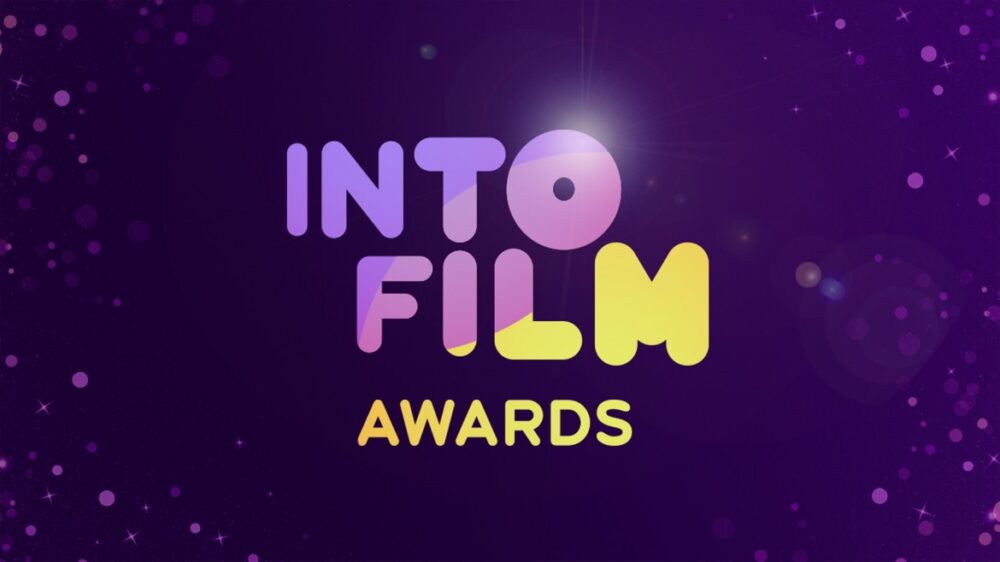 After a brief hiatus due to COVID-19 restrictions, education charity Into Film has announced this year’s Into Film Awards (intofilm.org) nominees ahead of the ceremony on June 28. Now in its sixth year, the event is the U.K.’s largest celebration of young people’s creativity and is due to take place at the ODEON Luxe Leicester Square, where an esteemed group of film stars will be on hand to present Awards to the young winners. All the 2022 nominated films are available to watch here. 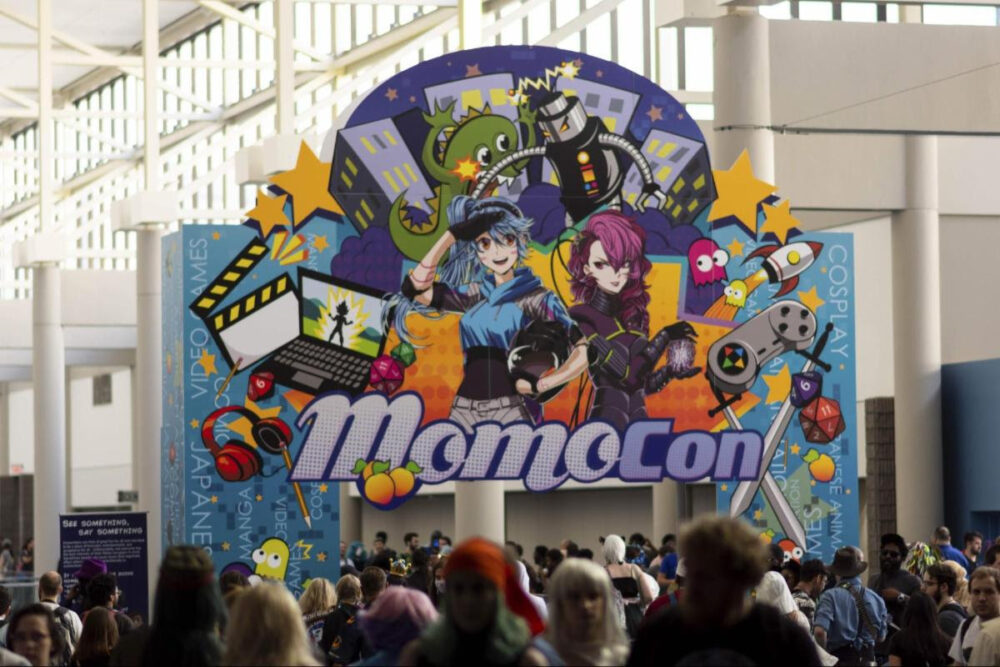