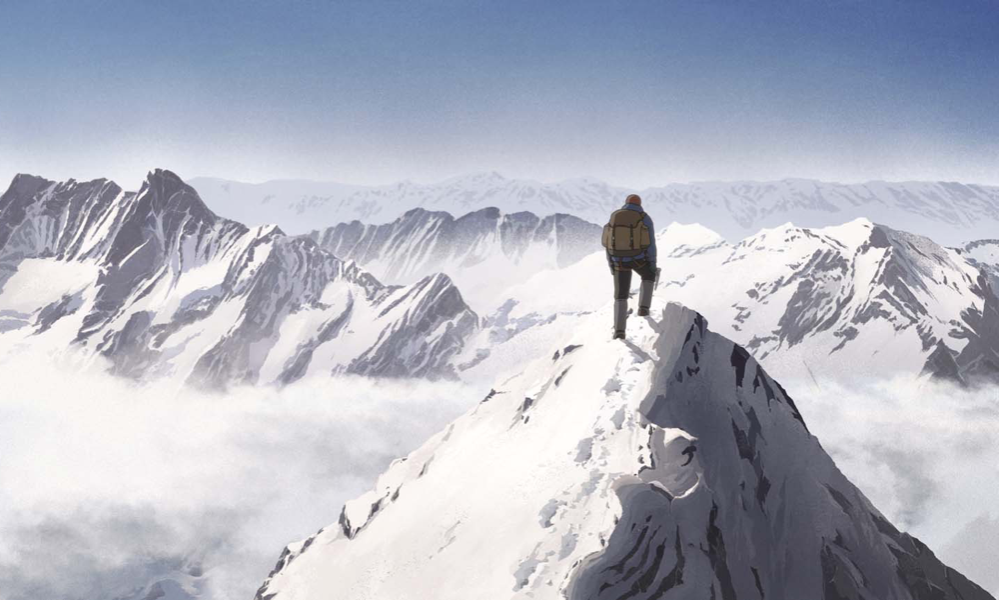 Anima, the Brussels International Animation Film Festival (Feb. 25 – March 6; www.animafestival.be), taking place live at the Flagey and Palace as well as virtually through Anima Online, will open its 41st edition with the Belgian premiere of animated feature The Summit of the Gods, directed by Patrick Imbert. Thanks to the government’s OK, the film will enjoy a big screen bow at Flagey Studio 4.

“The whole festival team was dazzled from the first viewing of the film. It combines remarkable landscapes and the escape in a spectacular nature, with the subtlety of human relationships; the whole comes with sublime music and an impressive drawing precision,” said festival co-director Dominique Seutin.

Based on a true story and adapted from Jiro Taniguchi and Baku Yumemakura’s best-selling manga, The Summit of the Gods takes the audience in a thrilling adventure in breathtaking Himalayan scenery. In official selection at the last edition of Cannes Festival, and is now in the running for three categories at the 2022 César Awards. Lumière will release The Summit of the Gods in Belgian theaters March 23. 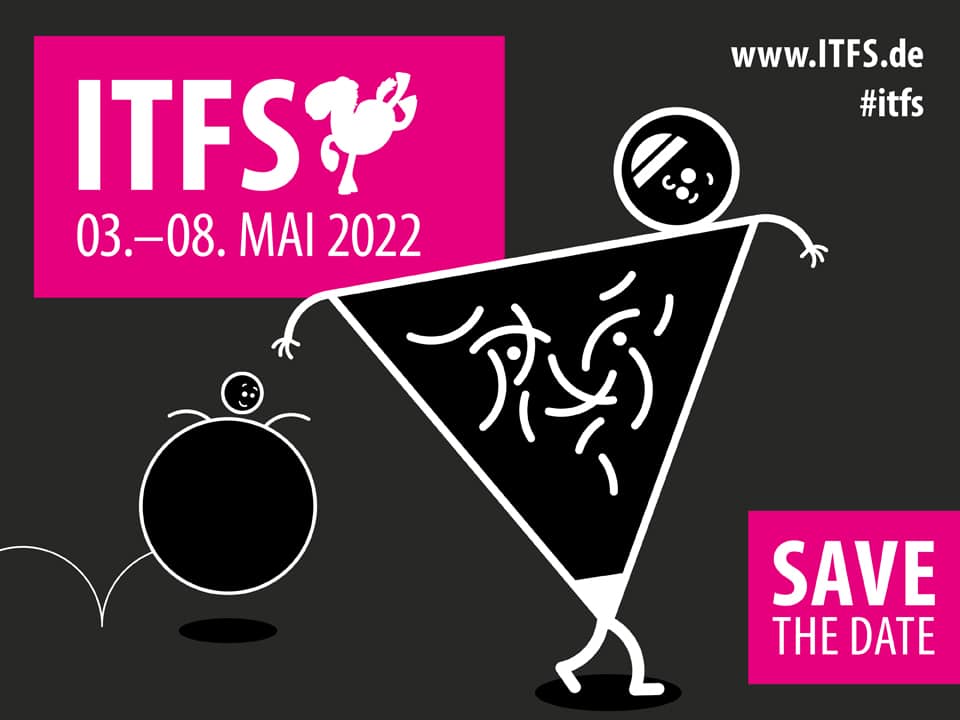 The 29th Stuttgart International Festival of Animated Film (May 3-8; www.itfs.de) is being planned as a hybrid event for the first time, building on the successful online-only festivals of the past two pandemic years. ITFS will return to the cinemas and Schlossplatz in Stuttgart in 2022 in conjunction with further professionalized online programs.

“A key element of the hybrid concept and an innovative and creative opportunity for encounters is the ITFS VR Hub – a digital multi-user experience where visitors can meet and interact virtually in avatar form at numerous locations,” noted Ulrich Wegenast, Artistic Managing Director. “As an equivalent Festival venue, the ITFS VR Hub will also host numerous streaming events, workshops, and presentations. The innovative and still experimental character of the VR Hub has the potential to provide an example for similar applications on the market in its further technical and structural development.”

Manchester Animation Festival is launching a new monthly screening and events series dubbed MAF Presents, kicking off with a special themed mystery screening: “They Love Me… They Love Me Not!” perfect for the impending Valentine’s holiday. The 75 minute screening will be held at Chapeltown Picture House in Manchester on Wednesday, February 9. (manchesteranimationfestival.com)

New York International Children’s Film Festival is also moving forward with a modified in-person edition. To safely include the youngest viewers, the 2022 Festival will run on weekends from March 4 through March 13 for audiences five and up, while all programming for children 3-5 will be available exclusively online through the entirety of the festival, including weekdays. (nyicff.org)

The event’s 25th anniversary year is kicking off next month with the annual Not For Kids program of hilarious, weird and inappropriate shorts. Access to the virtual screening, which will also honor NYICFF Board President Heather McRay, comes with a donation to the 25th Anniversary Fundraiser (nyicff.org/fundraiser). Tune in Thurs, Feb. 10.

A new convention is hitting the scene this year with Beyond Comicon in North Miami Beach, Florida. Created by Gmoss Designs, LLC and The Fine Print Shoppe to inspire individuals to become future creators, the free, family-focused comic-book and fashion convention invites creators and independent designers to make connections, showcase their animations, comics, fashion designs and beyond. The inaugural gathering will be held at the Marjorie & WIlliam McDonald Center on Sat., February 19. (www.beyondcomiccon.com)

A total of 258 works from 18 countries have applied for the fifth edition of the Quirino Awards, scheduled for May 14 in San Cristóbal de La Laguna, Tenerife (premiosquirino.org/en). Open to animated works from the 23 countries of the Ibero-American region, the call received 13 feature films, 48 series, 110 short films, 30 school short films, 49 commissioned films and eight video games that, together, sum up to 45 hours of animation. Compared to the previous edition, the participation of feature films and series format grew by 38% and 27% respectively. Spain leads the list of countries with the highest representation with 28%, followed by Brazil (14%), Colombia (13%), Argentina (13%) and Mexico (10%); Guatemala and Honduras are represented for the first time. 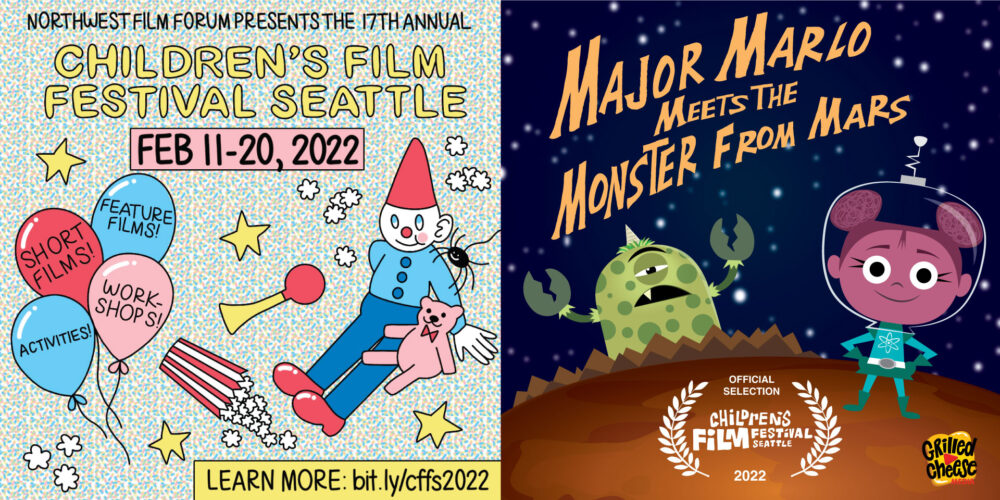 Dave Coullier and Bob Harper’s Grilled Cheese Media, which launched last year, is heading north to screen its animated short Major Marlo Meets the Monster from Mars at Children’s Film Festival Seattle (Feb. 11-20; nwfilmforum.org/festivals/childrens-film-festival-seattle-2022), presented by the Northwest Film Forum. The film will be part of the lively “Icing on the Cake” animation program for tykes two and up co-presented with the KidsQuest Children’s Museum. Families can opt for virtual screenings, in-person screenings or a sensory-friendly in-person screening.

Magic Light’s ‘Superworm’ Wriggles to Ratings Success on BBC One
How Director Kotaro Tamura Brought ‘Josee, the Tiger and the Fish’ into the Wide World