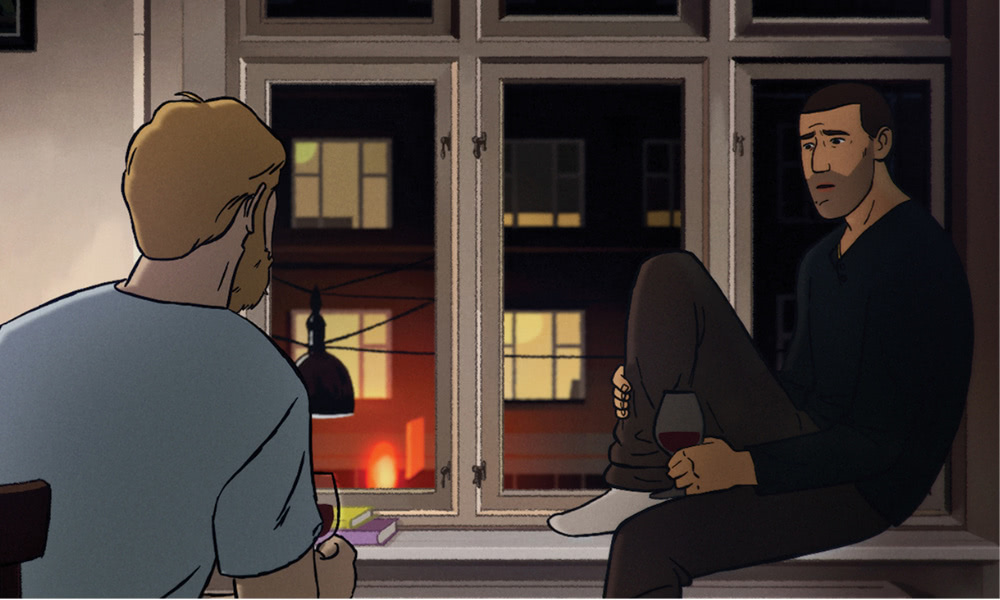 Jonas Poher Rasmussen’s celebrated animated documentary Flee (Denmark/France/Sweden/Norway) enjoyed a stunning triple win at the 34th European Film Awards on Saturday. The true story of one Afghan refugee’s life journey was awarded the prizes for European Documentary, the special European University Film Award and European Animated Feature Film. Also nominated in the animation category were The Ape Star, Even Mice Belong in Heaven, Where Is Anne Frank and Wolfwalkers.

In accepting the Animated Feature award, Rasmussen first acknowledged Where Is Anne Frank director Ari Folman, saying, “I didn’t even know that there was something called ‘animated documentary’ before I saw Waltz with Bashir.” He continued: “To have this film appreciated by the Academy and people who really know the art and craft, that means a lot. This is my first animation film. It’s been quite a steep learning curve for me, but luckily I had the best teachers and partners I could wish for.”

Flee was also announced as one of the three nominees for the European Parliament and European Film Academy’s 2022 LUX Audience Award. The EFAs were broadcast and streamed live from Berlin. You can watch the full ceremony or select acceptance speeches on the EFA homepage (www.europeanfilmawards.eu).

The movie also picked up an Indie Spirit Award nomination (for Best Documentary) this morning (Dec. 14).

The National Academy of Television Arts & Sciences (NATAS) and Television Academy have jointly announced plans to realign the Daytime and Primetime Emmy Awards. Moving forward, the competitions will be organized solely by content genre as opposed to the current method, which separates programs based on program airtime. The announcement, which follows the Academies’ recent collaboration on expanding the Children’s & Family Emmy Awards  into a standalone franchise, represents a transition that allows the competitions to reflect consumers’ evolving viewing habits, reduce category overlap and provide clarity on eligibility requirements. The Academies initially separated in 1977.

Scripted dramas and comedies will enter the Television Academy-administered national competition, irrespective of airtime — however, programming intended for ages 15 and under will be represented in the Children’s & Family competition. The Daytime, Primetime and Children’s & Family judging periods will be spread out on non-conflicting timelines throughout the year to allow adequate time for submissions and judging. The Television Academy and NATAS will also form a joint panel to determine eligibility between competitions and respective categories. Additional information for diverse categories will be shared in the Daytime Emmys Call for Entries in January. 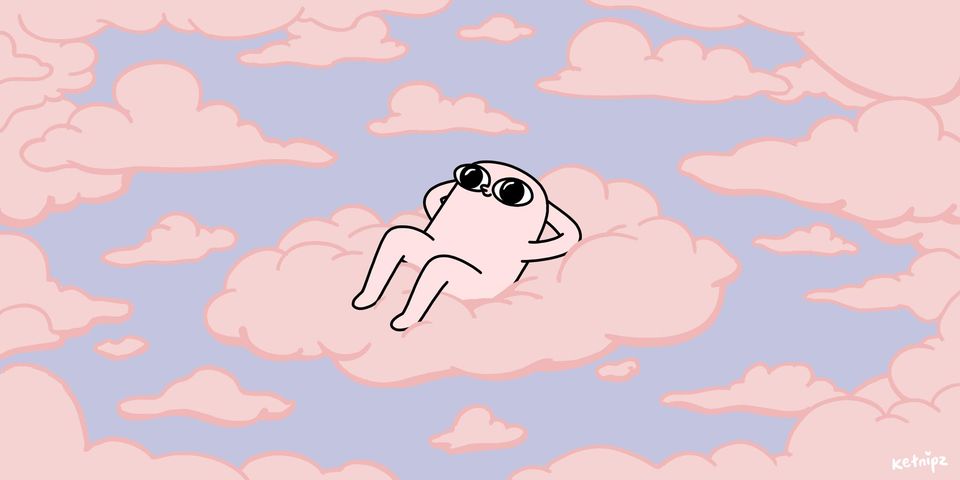 The Streamy Awards were held Saturday, Dec. 11, crowning Instagram creator Ketnipz as the Animated category winner. Also nominated were Haminations (YouTube), Jaiden Animations (YT), The Land of Boggs (TikTok) and TootyMcNooty (TikTok). Other notable winners include Zach King (YT) for Visual & Special Effects, and the SpongeBob SquarePants Official channel (YT) for best Brand as Creator. See all the winners/nominees and watch the ceremony at www.streamys.org. 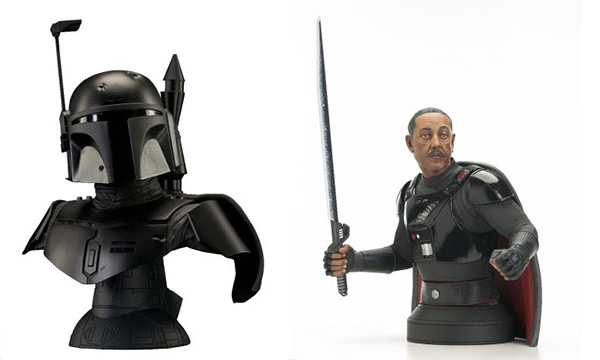 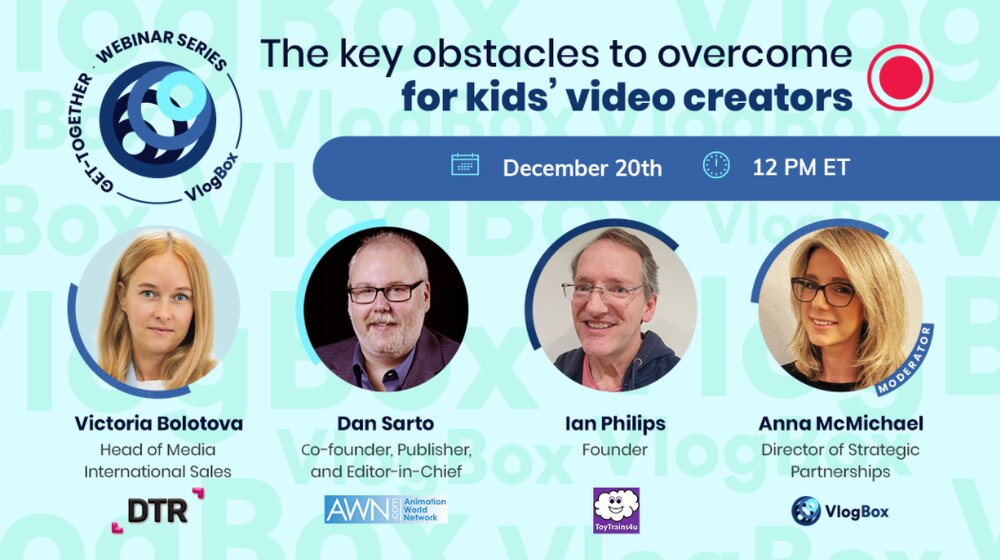 VlogBox announced its next “Get-Together” webinar series for content owners and video creators looking for guidance on video distribution, monetization and promotion. While the previous event covered all content verticals, the upcoming webinar, scheduled for December 20,  will help animation studios, children’s content distributors and resellers, kids-vloggers and talent agencies, as well as publishers and TV channels gain new and valuable insights into the latest strategies and pathways for success in these highly competitive markets. (Register here.) 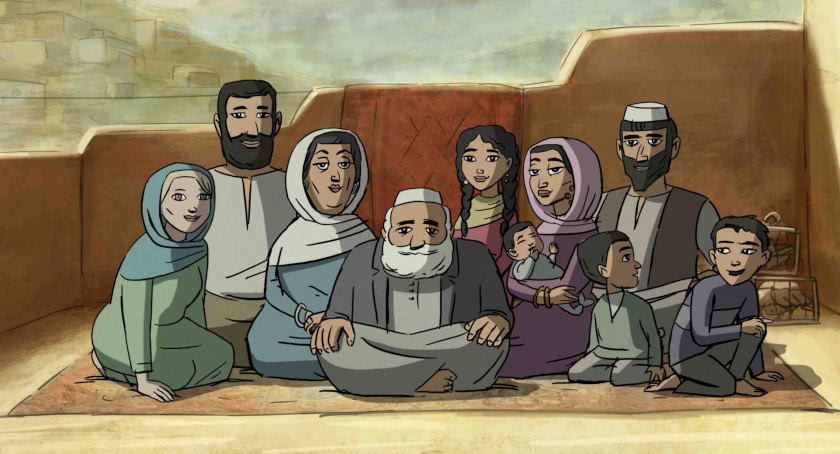 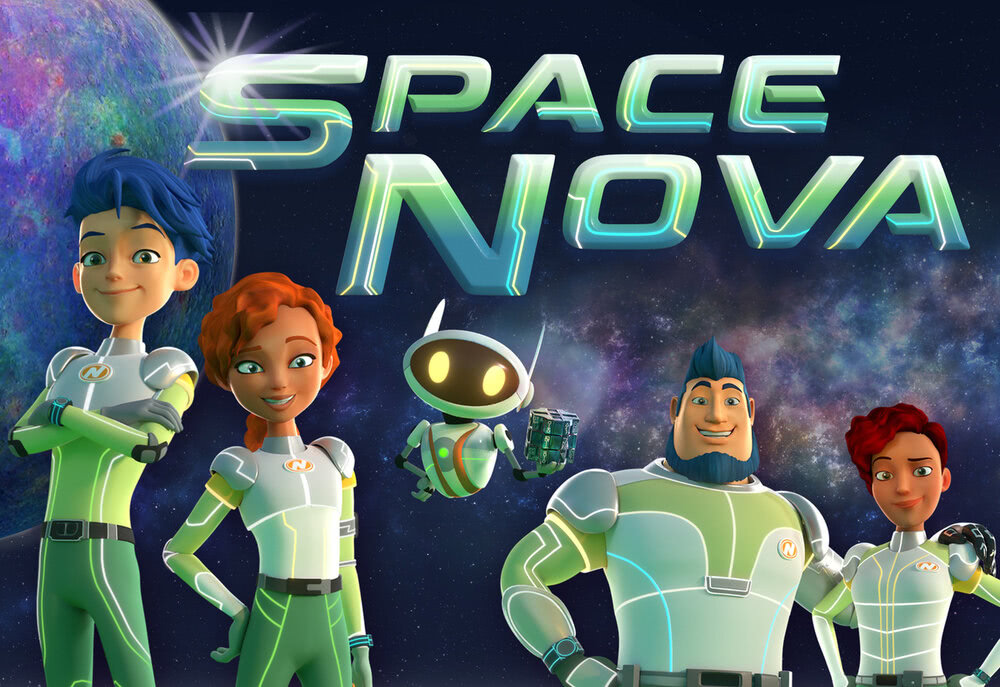 SLR Productions’ original series Space Nova has won the animation category for the second consecutive time at the 54th annual Australian Writers’ Guild AWGIE Awards for its episode “Seaweed Samba,” written by John Armstrong. Broadcast live as an online ceremony on YouTube this year, the AWGIE Awards are the only writers’ awards judged solely by writers, based on the written script – the writer’s intention rather than the finished product. Space Nova’s “Pamela Barnacle Is Alive and Well,” written by Melanie Alexander, was also nominated in the category.

“SLR Productions is absolutely thrilled for John Armstrong winning at this year’s AWGIE Awards in the animation category for Space Nova for his episode “Seaweed Samba.”  Space Nova has now won in this category two years in a row and demonstrates the incredible strength and creativity of the outstanding writing team led by Head Writer Thomas Duncan-Watt.” said SLR Productions’ CEO and Executive Producer, Suzanne Ryan.

Premiering on 9GO in Australia in 2020 followed by a broadcast on ABC ME, Space Nova was one of the top 50 programs on the Australian public broadcaster this year. The 26 x 24′ animated series follows the Nova family who embark on an action-packed quest for extra-terrestrial intelligence that will bring them face-to-face with epic life-forms, physics-defying phenomena and out-of-this-world planets beyond their wildest dreams in the year 2162.