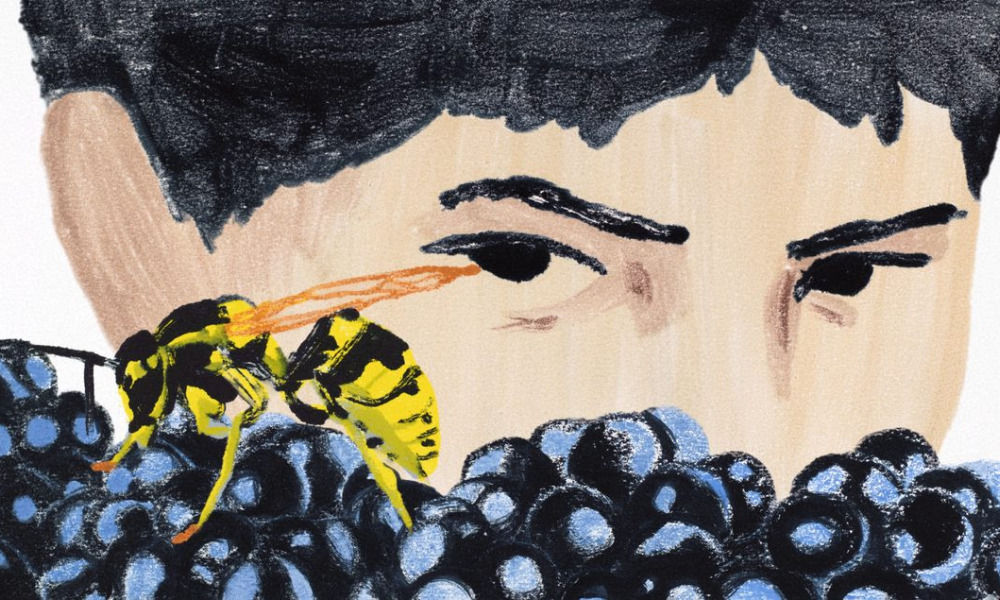 … And if you haven’t caught all the sessions and screenings offered at GLAS this year, worry not: Passes are still available and all programming will be online until April 30. (Register here.) A special “Best Of” screening of all the award winners has been added to the lineup.

Jury Statement: “Juicy, atmospheric, sensual movie. You feel the heat, the garden, stickiness of the fruits. Precise observation focused on depiction of everyone’s universal experience brings inter-species micro-drama. Tale of innocence, cruelty and revenge, all during a kids’ garden party. Are there always, somewhere, worlds burning in flames?”

Jury Statement: “This is a short film that looks like a feature film. You could also say it’s an animation that could be live-action. But the truth is that it is a film that defines its own rules and invents a genre of its own. When a corpse floats to the surface, it is we who dive into a world of ambiguous and subtle sensations. The almost impressionistic quality of the images is perfect to describe a world of truths and feelings that remain out of focus.” 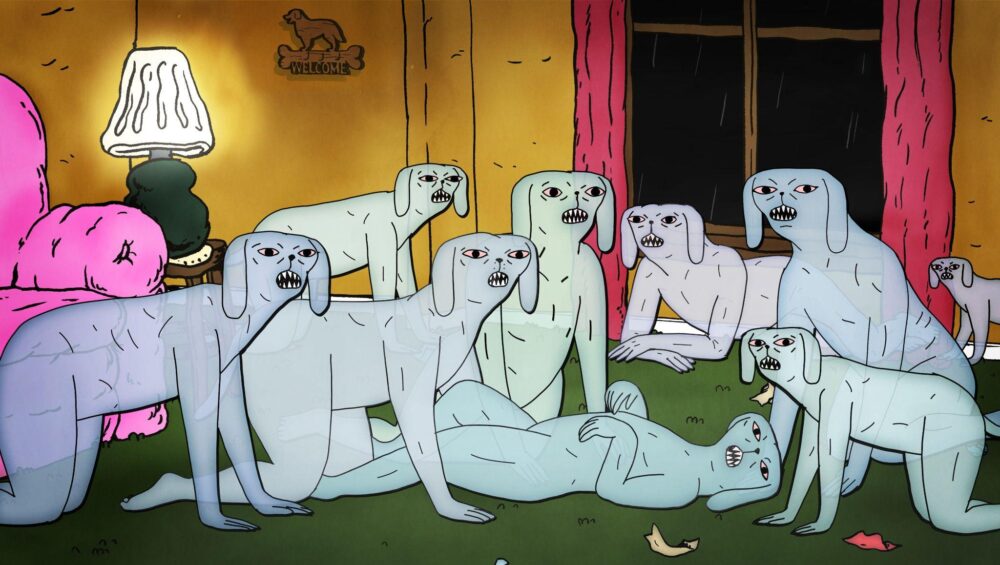 Jury Statement: “Immediately intriguing (helped by some fantastic music+sound design), this off-kilter film straddles the cute, known lives of man’s best friend and the very surreal. The color palette, character design of the Ghost Dogs along with the edit adds to a certain uneasiness but you can’t tear your eyes away! Gradually building in pace as the trip intensifies and dimensions blur to a sick little twist at the end.” 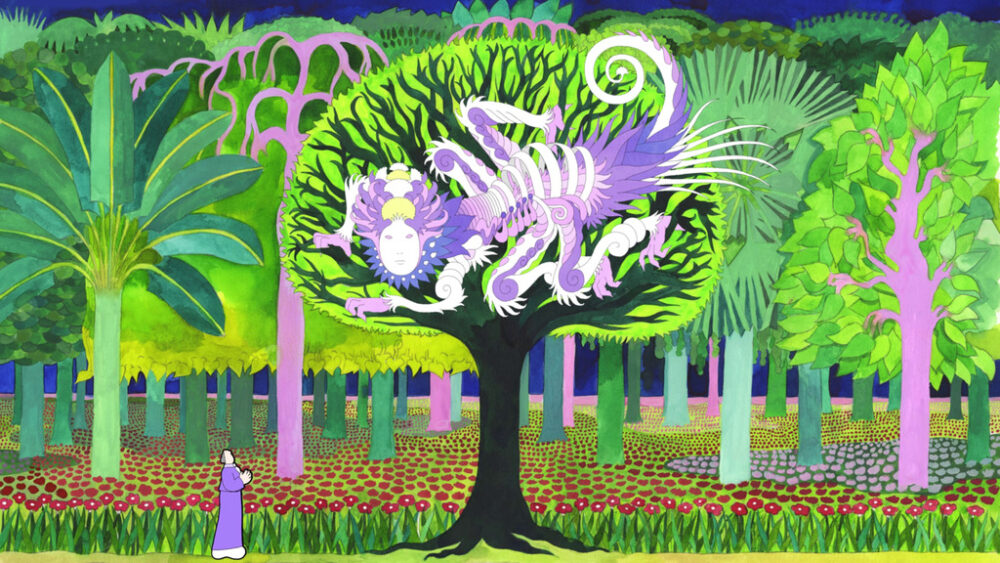 Jury Statement: “You want to put every shot into a picture frame and hang it on your wall. Visionary and done with highest craftsmanship, with quirky and balanced narration, using all animation magic tricks to tell a surrealistic breakup story, with no answer, no relief. The only thing you are sure of — you are completely lost.” 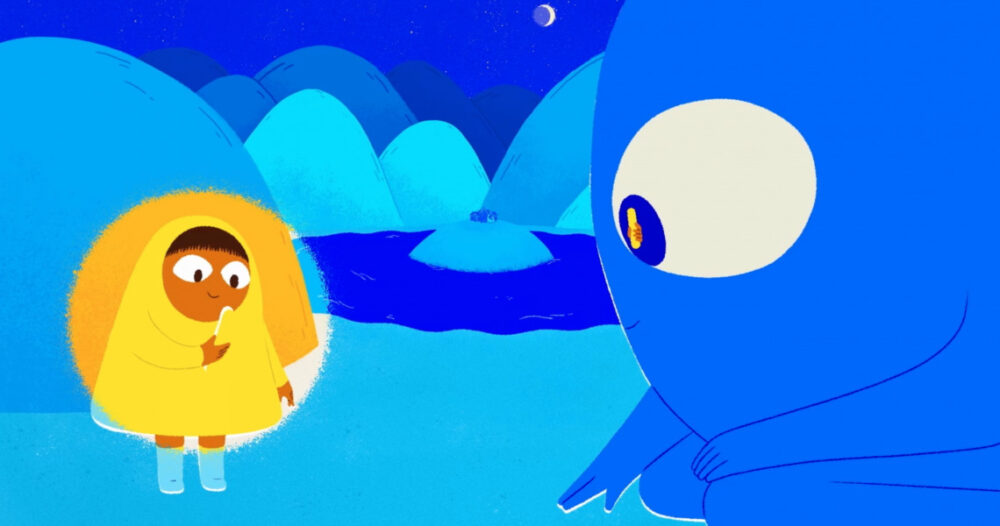 Luce and the Rock

Jury Statement: “A lot of thought has gone into the production of this wonderful film. The fun and inventive use of shape, light and color throughout is thoroughly engaging. The relationships and emotions the story covers are dealt with subtlety while excellent sound design, music/song and voice acting keep the story moving along as the hugely endearing Luce and her village encounter an unexpected visitor.”

Jury Statement: “Elegant, modest movie with tasteful ‘claire-ligne’ visuals about finding peace within yourself on the transition from rural to urban life, the past and the present, full of romantic Eastern European nostalgia.” 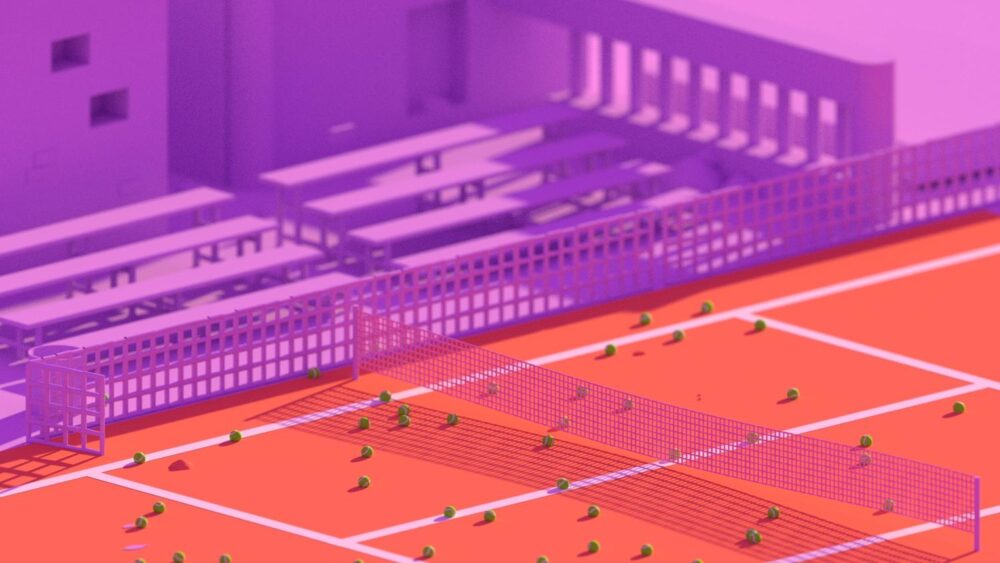 Tennis Ball on His Day Off

U.S. Competition Award — Tennis Ball on His Day Off by Julian Glander

Jury Statement: “The juxtaposition of the tennis ball character facing the reality of our modern lives as the world ticks by is both unsettling and deeply relatable… Use of a voice machine message to tell the story creates further separation and helps to encapsulate the dissociative states we find ourselves in more and more these days. Great use of surreal low poly CG design and color. The tertiary characters are annoyingly clever and to the point while the vacant scenes build the mood and heightened sense of time passing … or wasted.” 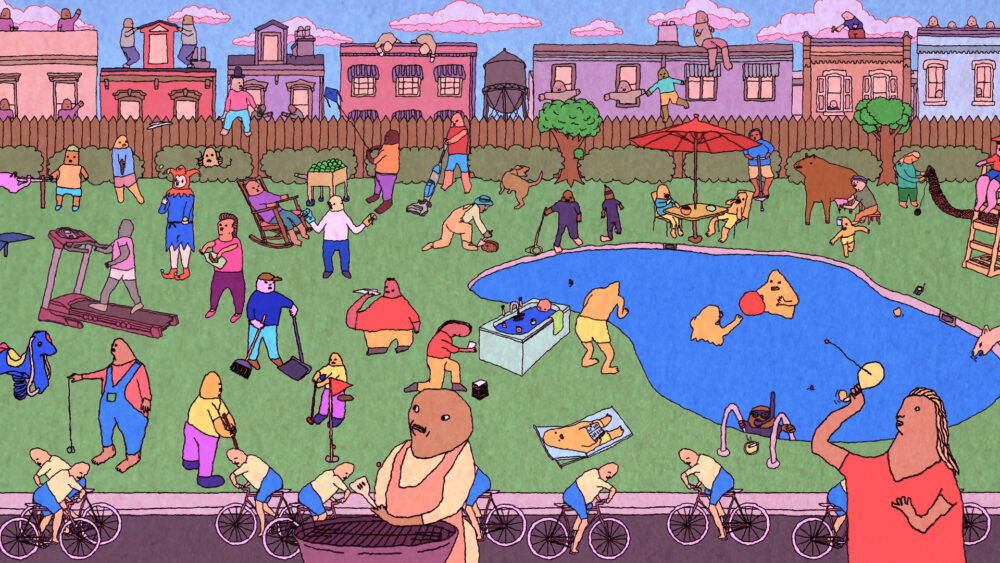 Jury Statement: “What is this short film about? It is difficult to say. More than a story, this short film is a landscape-film, a world that we can contemplate in detail. Like dreams, Menagerie is made of contemporary everyday life, transformed and metabolized to create a universe with a particular engineering. It is a short film that seems to flow with the naturalness and ease of a sketchbook, as if someone had animated it while talking on the phone, which is extremely difficult to achieve in animation.