Cinema/Chicago and the Chicago International Film Festival have announced that the Chicago premiere screening of GKIDS’ Nocturna will be the Opening Night screening event of the CineYouth Festival. The 12th annual fest runs May 5-7 at Columbia College Chicago, with Nocturna debuting Thursday, May 5 at 6 p.m.

“The film is delightful – I know families and film lovers alike will be charmed by the magic and imagination of the film, and we couldn’t be happier to present an internationally-made animated film to kick off CineYouth,” says CineYouth Festival Director Rebecca Fons, who is also Education Director for CIFF.

Directed by Adrià García and Víctor Maldonado with music by French composer Nicolas Errera, Nocturna had a select release in the U.S. back in 2014. Visually compelling and wildly inventive, the film explores the “mystery of the night”  as it follows a young boy named Tim on a fantastic adventure through dreamlike lands after he makes an unusual discovery on the rooftop of his orphanage and plunges into the secret world of Nocturna, where live the strange creatures who rule over night.

CineYouth is an internationally competitive film festival aimed at students and youths aged 22 and under. The opening night screening will be followed by a reception catered with hot dogs, cotton candy, button making station and other fun activities. Admission is free and open to the public. See the full schedule online. 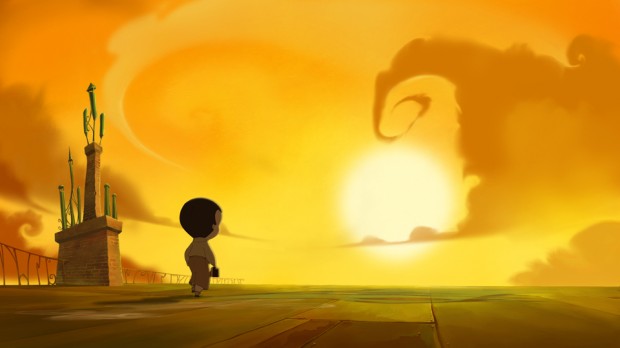