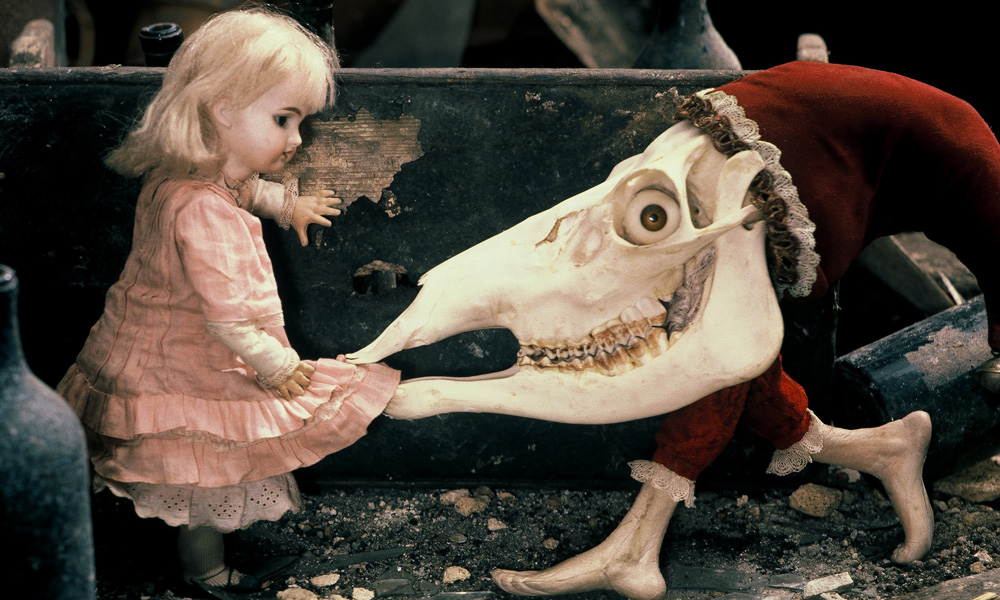 The Quickdraw Animation Society in Calgary, Alberta is gearing up for the 14th edition of the GIRAF Festival of Independent Animation, which will bring a fresh lineup of incredible international films, special events and guests to Globe Cinema and Quickdraw Studios from November 22-25. This year’s lineup features about 50 shorts (selected from over 1,000 submissions), visiting artist spotlight, two retrospective screenings celebrating Suzan Pitt and Jan Svankmajer’s Alice, and incredible new feature-length films.

The 2018 feature film selections represent the diversity of the global animation scene today. The Last Fiction by Ashkan Rahgozar (Iran) is an epic adventure based on The Book of Kings about a young hero who must save his people from a demonic horde — and man’s corruption. Ruben Brandt, Collector by Milorad Krstic (Hungary) blends art history, heist action and psychological thriller elements into a surrealist 2D/3D story about a man driven to steal great works of art in order to stop his nightmares about them. A Man Is Dead (Un Homme est Mort) by Olivier Cossu (France) adapts Kirs & Etienne Davideau’s historical graphic novel into a compelling 2D drama about the labour movement in France in the aftermath of WWII.

Prolific Michif animator Amanda Strong, known for her works which tackle the reclamation of Indigenous histories, lineage, language and culture, will attend GIRAF for the first time, participating in a number of activities. Strong will participate in artist talks and a workshop, and be the subject of a spotlight screening as well as a puppets & projections installation at TRUCK gallery. Strong’s recent works include Wheetago War, Biidaaban (The Dawn Comes), Four Faces of the Moon and Flood.

Artist and animator Suzan Pitt will be celebrated with a retrospective screening of her psychologically rich films, as well as a new interview filmed specifically for GIRAF by Quickdraw member Heather Kai Smith (creator of the Great Women Animators blog). The celebrated filmmaker was recently named the recipient of the 2019 Animafest Lifetime Achievement Award. Pitt’s award-winning films include Asparagus, Joy Street, El Doctor and Visitation.

Members of Quickdraw will also have a presence. The Indie Animation Mixtape Side A program includes the world premiere of Alexis Inside by GIRAF co-founder Brandon Blommaert; Side B includes the world premiere of Chakra by Vic Someday, who sadly passed recently, and Twilight by Richard Reeves; and Late Night Visions will debut Tides by Quickdraw Chris J. Melnychuk Scholarship student Mihaela Slabe — not to mention works by former visiting artists/artists in residence Amy Lockhart, Caleb Wood, Nata Metlukh and others.

GIRAF 14 Trailer by Arielle McCuaig from Quickdraw Animation on Vimeo. 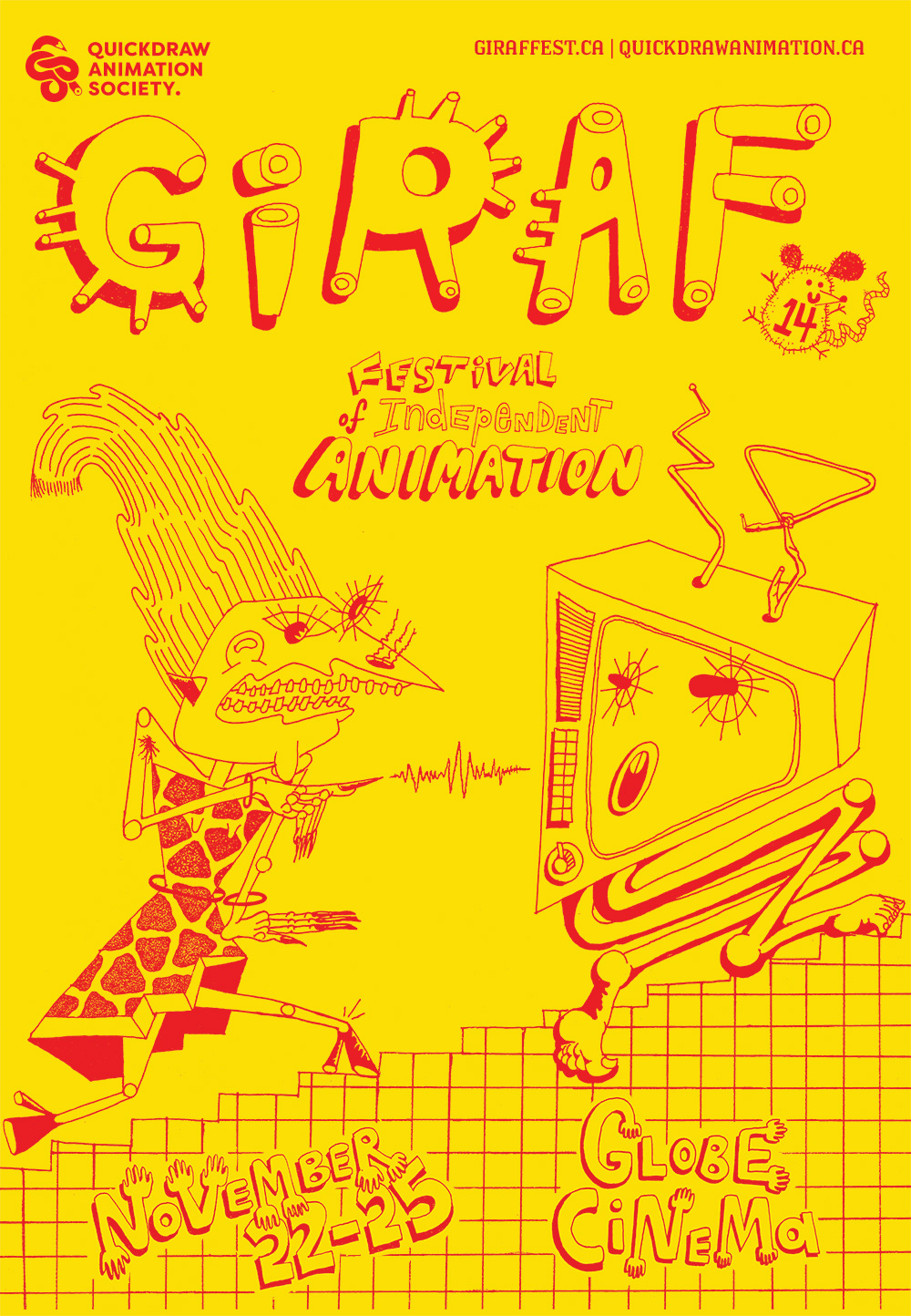 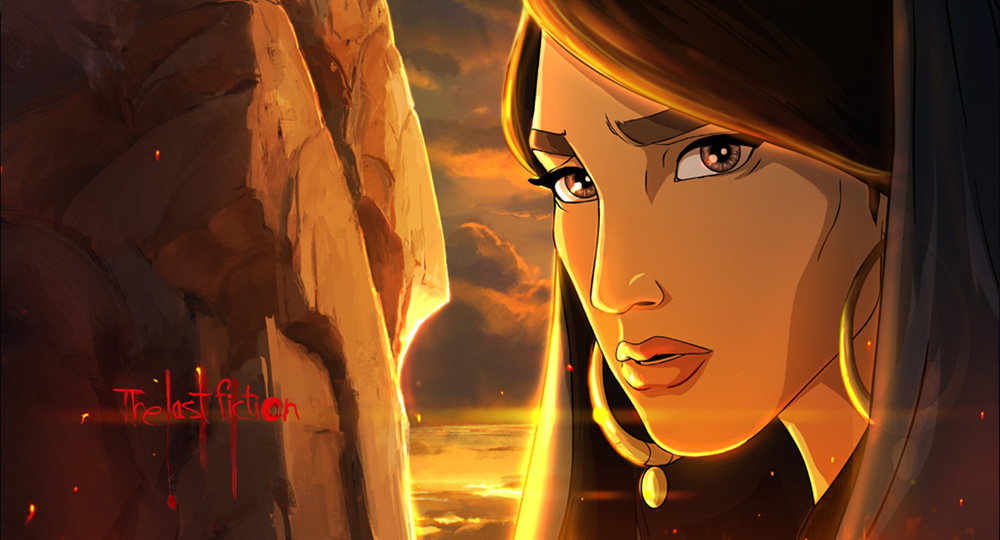 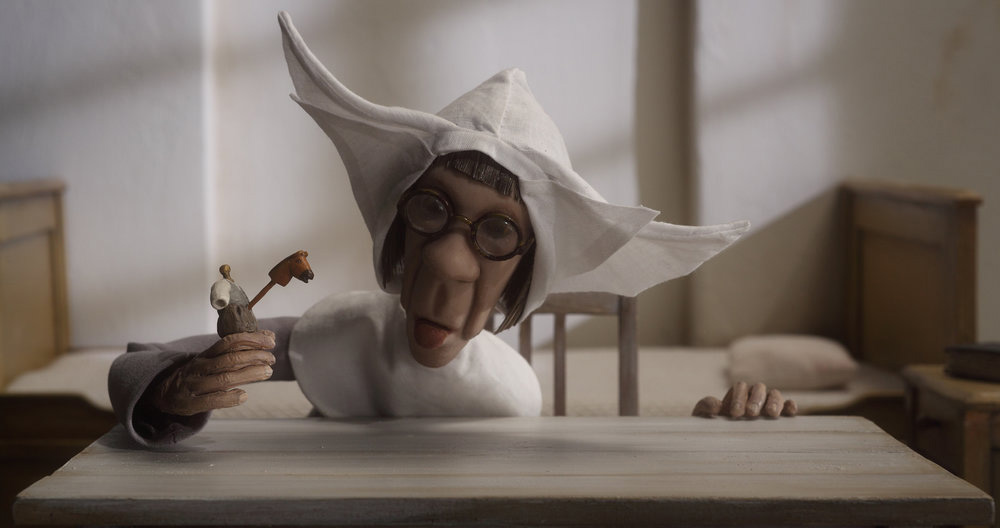 Mary and the 7 Dwarfs