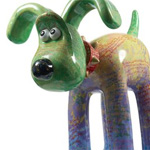 File this item in the “No Hope for Humanity” category. According to a story in The Guardian, a five-foot replica of Aardman’s beloved Gromit (Wallace’s dog), which is on display in a Bristol fundraising event, has had its tail broken off.

The giant statue of the beloved pooch, which was designed by actor Joanna Lumley, is one of 80 on display in the city as part of the 10-week Gromit Unleashed arts trail, which aims to raise funds for Bristol Children’s hospital. It had its tail broken off on Friday night, according to organizers. Police is currently investigating the crime.

“We’re very sorry to say that late Friday night, one of our Gromit Unleashed sculptures was damaged,” said organizers of Wallace and Gromit’s Grand Appeal in a statement. “We are dismayed that anyone would want to damage one of the Gromit sculptures, which have been created to raise money to treat sick children in hospital and to provide something for everyone in Bristol to enjoy. We have reported this to the police and are currently assessing the damage to the sculpture.”

ITV also reported that a second statue was damaged as well. Both have now been taken away for repair. Lumley’s design was named “Poetry in Motion” while the other was called “Carosello Gromit”.

Nick Park, the Oscar-winning creator of Wallace & Gromit, brought many of the sculptures into the city on a special steam train last week. Others were created by illustrator Sir Quentin Blake, One Direction’s Zayn Malik, comic The Beano and comedian Harry Hill. The special Wallace & Gromit charity drive was founded 17 years ago. The event hopes to raise £3.5 million towards new equipment for the hospital. 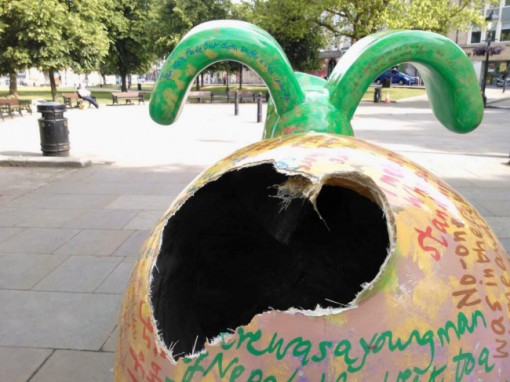 The rear of a Gromit statue which had its tail ripped off. 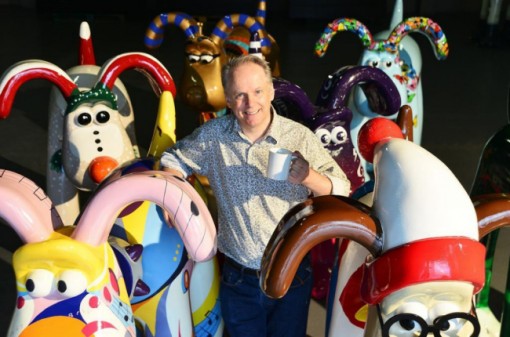 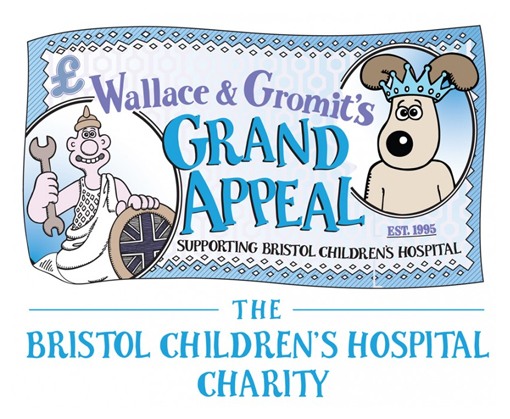