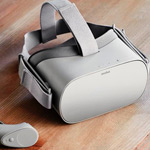 The longest waiting line at the Game Developers Conference was for the Oculus Go (OGO), the new VR headset which will go on sale for $199 “early” this year. The new set should increase installed volume for Oculus, whose sales of its Rift lagged behind expectations last year, forcing deep discounts on the initial price of $800 for the unit with Touch motion controllers. Sony sold 490,000 PlayStation VR headsets in Q3 2017, according to Canalys, versus 210,000 Rifts and 160,000 HTC Vives.

In addition to the lower price, the Go has the advantage that it’s untethered — it has no attached cables, unlike the Rift, Vive or PlayStation VR headsets. It does not need a PC or smartphone to operate, so it’s far more mobile, as its name implies. The Go has built-in speakers, so additional headphones are not needed, though they can be accommodated via a mini (3.5mm) jack. It has a single hand controller, similar to that of the Samsung Gear VR.

Whereas other untethered units exist, they depend on the insertion of a smartphone, which can make the unit heavy and clumsy-feeling, as well as draining the battery of your cell phone. In addition, some headsets only work with specific models of smartphones.

In gameplay, the Go felt remarkably light and comfortable. The part that sits on your face is made of “breathable” fabric, much better than sweat-inducing rubber or plastic. Its Snapdragon 721 processor supports an update/refresh rate of 72 fps, faster than Gear’s 60 fps, with no “screen-door” effect that I could notice.

The resolution seemed remarkably good, especially for the price. It is 2560 x 1440, superior to the Gear VR’s limit of 1024 x 1024, but that’s not all. The Go features a technology called “Fixed Foveated Rendering,” which renders only a part of the display (the portion your eyes are focused on) in full detail, with less detail the farther you get from the center. This is basically how the human eye works — instead of having an even distribution of cone visual cells across the retina in the back of the eye, they are condensed in a small pit in the center (“fovea” comes from the Latin for “pit”). In the Go, this selective focus saves pixels and clock cycles. The Go doesn’t actually track your eyes (this is called “Full Foveated Rendering”); its Qualcomm onboard chipset calculates the assumed central point of the player’s gaze, and concentrates its output there.

The Go comes with over 1,000 games, apps and “experiences” (short movies) right out of the gate, including the content that plays on the Gear VR. The Go’s lighter weight and better lenses should allow users to tolerate longer times for playing games or viewing content on streaming sources such as Netflix and YouTube. Google Earth VR’s Street View, which lets you fly or walk along at highly detailed ground level in 85 countries, should be a hoot. Future planes flying to foreign lands may have dozens of passengers wearing Go headsets to explore their destinations before they get there, checking out tourist highlights and bars near a hotel, or the driving routes from the airport to the city center.

The game that Oculus chose to demonstrate its Go at GDC was Anshar Wars 2, by Ozwe, a game company headquartered in Lausanne, Switzerland. This is an arcade-type Space Shooter also available on the Oculus Rift, so it allowed easy comparisons between the two platforms at GDC. It is single or multiplayer, and enables co-operative play. Up to eight players can move through 13 large mission fields on planetary surfaces or among asteroids. The game I played was against five other players in an asteroid field.

Fortunately, the Go’s controls are tight, and the quick refresh rate was noticeable while dodging the giant flying rocks. The size and resolution of the game’s combat areas are reflected in its download size, at 3.5 GB. There is a storyline, delivered via cut scenes and in-game conversations.

Anshar Wars allows voice chat between team members and the ability to record screenshots and gameplay. You can move your spaceship in any direction by moving your head, and use the controller for speed, shooting, etc. The game has the expected hidden items, upgrades and scoring on a leaderboard. It has won a lot of international awards, and (in the voice of a French reviewer) is “Un space shoot them up vraiment bien fait.” 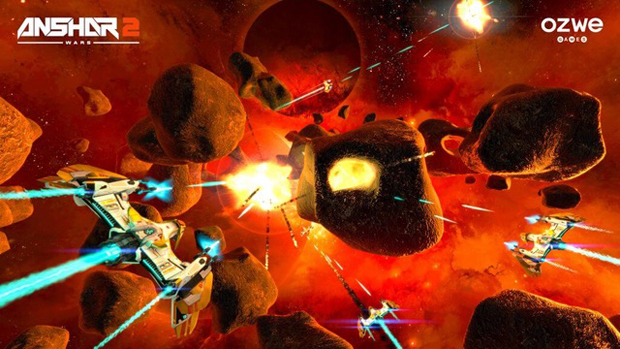 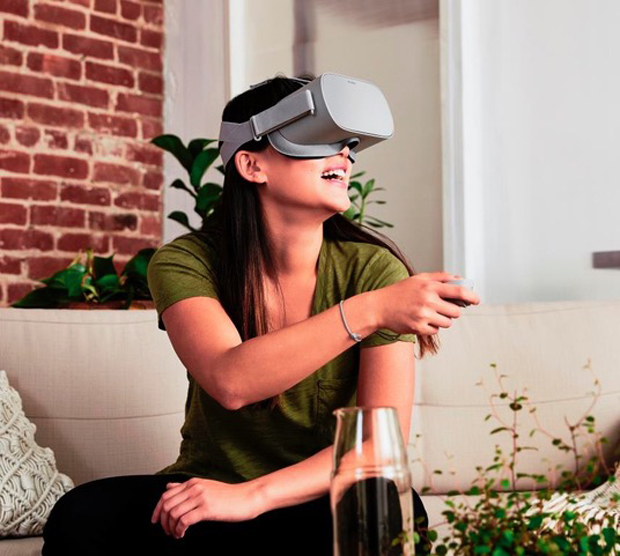 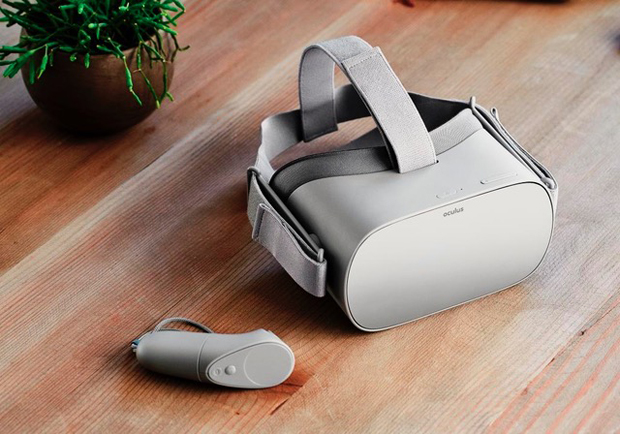