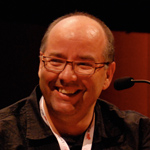 The Spanish director, who won international acclaim for his other two animated adaptations of Poe’s stories, The Fall of the House of Usher and The Tell-Tale Heart, offers another faithful chapter in his Extraordinary Tales anthology. The 13-minute CG-animated production recreates the visual style of the horror graphic novels from the fifties with new techniques that close the gap between the photorealistic CGI look and the more artistic flair of the classical hand drawn animation.

The short is a collaborative effort between Melusine Productions (Luxembourg), R & R Communications Inc. (USA/Spain), Les Armateurs (France) and The Big Farm (Belgium). For the short, the producers experimented with new techniques of rendering and lighting such as non-realistic rendering and hand drawn textures to create an expressive narrative tool. Stéphan Roelants, the short’s producer, has also worked on features such as A Town Called Panic, The Day of the Crows, Ernest & Célestine and Edgar A. Poe’s Tell-Tale Heart and The Fall of the House of Usher.

“The atmosphere and the theme of Valdemar resonated to me in the four color horror comic book stories I used to read as a kid,” says Garcia. “Quite a lot of comic book artist tried to translate in images de horror and the gory aspects of the tale. The Facts in the Case of M. Valdemar is the perfect story to be adapted in the form of graphic novel. Alberto Breccia, Carlos Gimenez, Juan Boix, Vicente Alcazar are some of the artists that have been successful in narrating the story in the pages of a comic book.”

Garcia says that he found the world of the poorly printed horror comics of the 1950s a perfect visual inspiration for the short.

“The garish colors, which were limited by the process of four-color printing at the time, and the lure of the images depicted in those comics, later criticized by Dr. Wertham in his famous book Seduction of the Innocent made me go back to the original comic books of that era,” says the animator. “I think the visual world of pop artists like Roy Lichtenstein seemed like the logical graphic style for the story.”

Poe’s 1845 short story The Facts in the Case of M. Valdemar follows the story of Doctor P. on his quest to learn about the effects of Mesmerism on a human patient in the moment of death. The doctor finds in Monsieur Valdemar the perfect patient to test his theories. Could Valdemar be hypnotized “In articulo Mortis”? Could death be delayed or even stopped by the mesmeric process? Upon its publication, the story caused quite a shock among the original readers, as it was presented to them as fact. 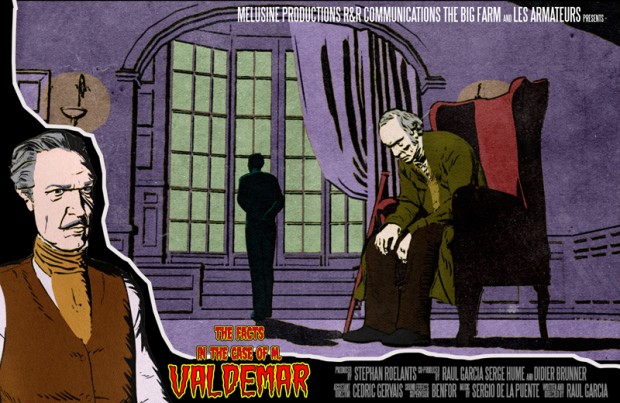 The Facts in the Case of M. Valdemar