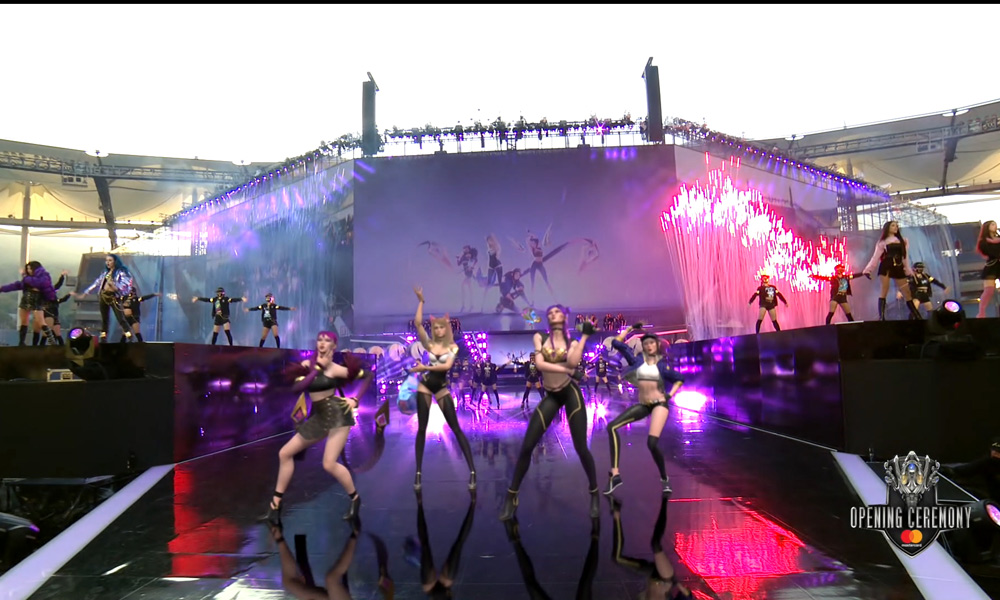 The League of Legends World Championship Finals Opening Ceremony presented by Mastercard, which took place recently and was one of the most-widely viewed events in the world, included a special performance this year.

“We imagined bringing our characters to life for the World Championship opening ceremony in 2013, but the technology didn’t exist at the time,” said Viranda Tantula, Creative Lead at Riot Games. “Flash forward five years later and we’re finally able to make our vision a reality, thanks to our great creative partners at TFG and Digital Domain.”

The in-house broadcast and creative teams at Riot Games collaborated with TFG throughout the production. Riot Games provided art direction and a base consumer-generated imagery model for K/DA’s lead member Ahri, and TFG transformed Ahri into her popstar counterpart and originated models for her three group mates, based on concept art designs from Riot Games.

“Riot Games’ creative vision came to life with the help of our multi-disciplined team of film VFX, real-time character, and broadcast engineering specialists,” said Oystein Larsen, Chief Creative Officer of TFG. “We are truly honored to have helped realize that dream.”

Working with the Digital Domain team, who supplied the motion-capture data for the characters, TFG brought the characters to life in real-time based on Riot concepts, complete with facial expressions, hair, FX, clothing, and realistic texturing and lighting.

“We are thrilled to have collaborated with Riot Games on the 2018 League of Legends World Championship Finals Opening Ceremony presented by Mastercard,” said Lawrence Jones, Executive Creative Director at TFG. “Collaborating with them on this stunning augmented reality experience to create hype and excitement from both esports and music loving audiences has been a tremendous success for both companies.” 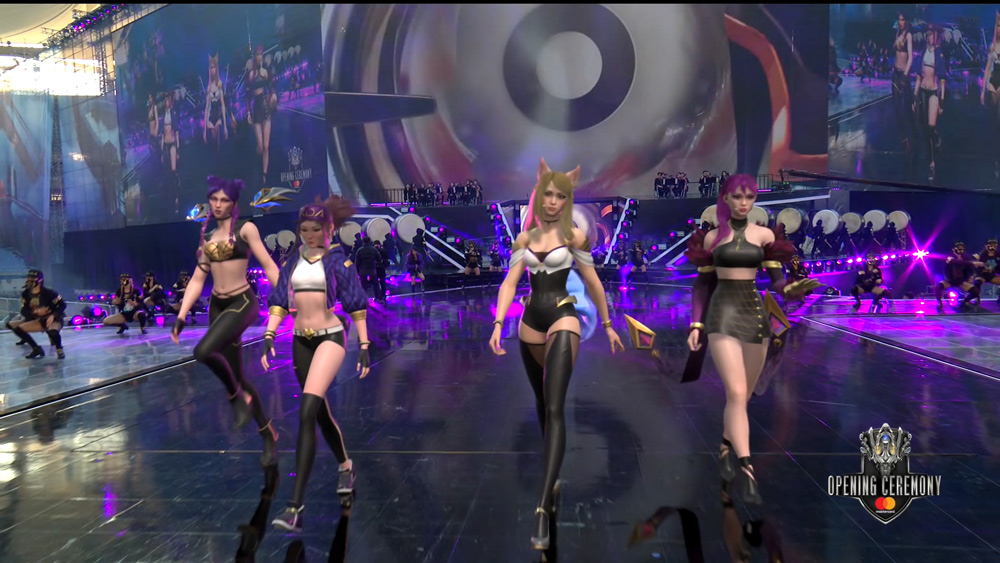 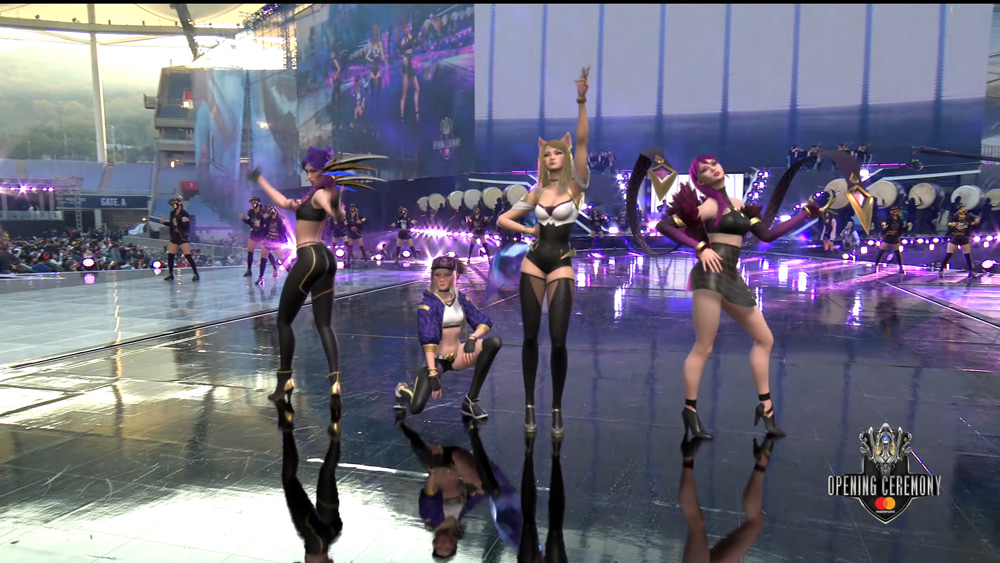